It's a tribute to two Delphi girls whose 2017 murder remains unsolved. 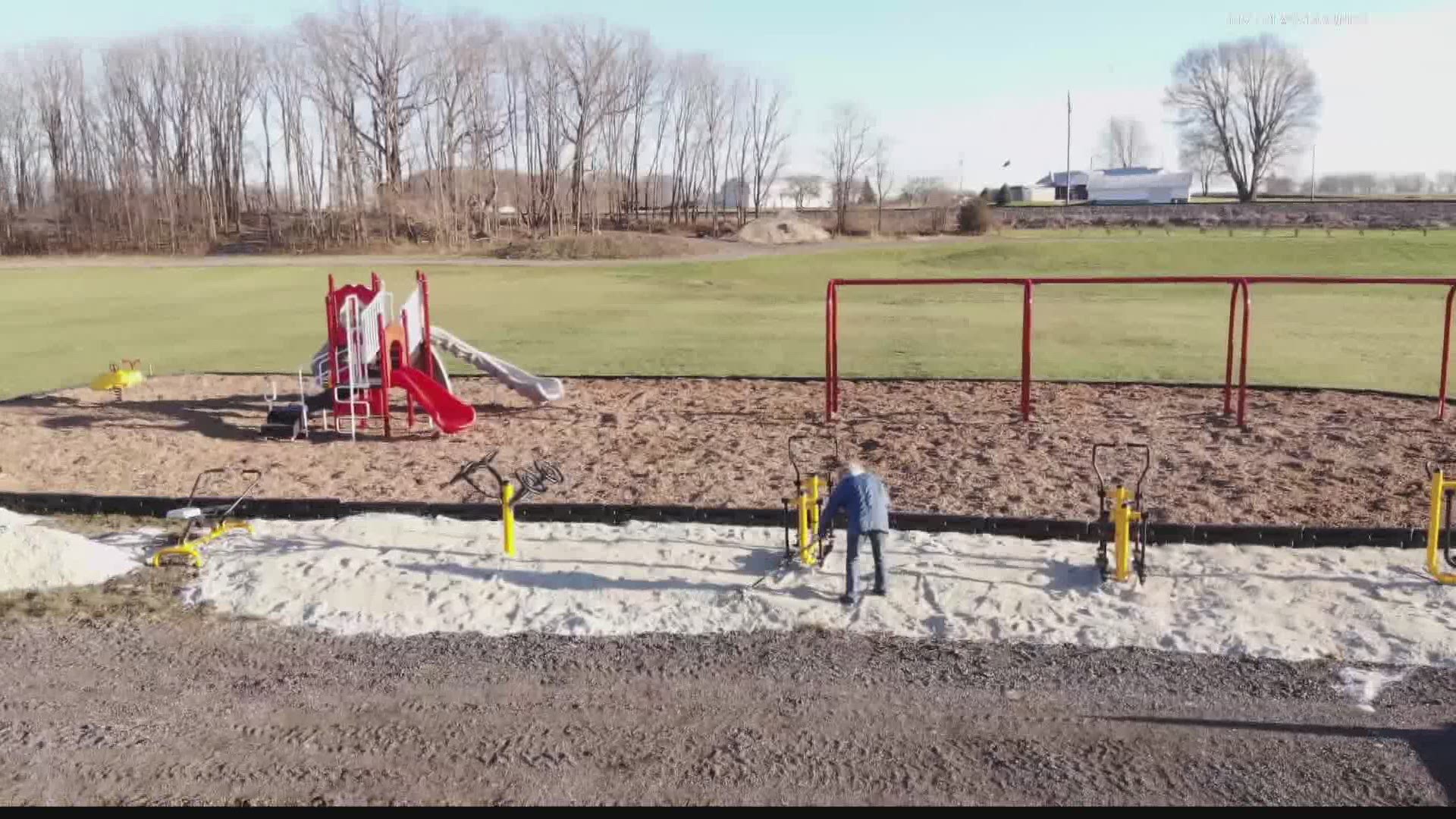 DELPHI, Ind. — A park built to honor two young girls who were killed as they went for a walk in Delphi is on track to open in early 2021.

Playground equipment is going up at the Abigail Williams & Liberty German Memorial Park.

"We've always said this is a legacy of life," said Diane Erskin, Abigail's grandmother. "We don't want headstones. That's not what we had planned for them. Plans of life and growing up, and so they're not going to be here physically, but spiritually and emotionally. This will be the place where we think of Abby and Libby the most, I think."