Abigail Williams and Liberty German went missing while walking on a trail near the Monon High Bridge in the town of Delphi on Feb. 13, 2017. 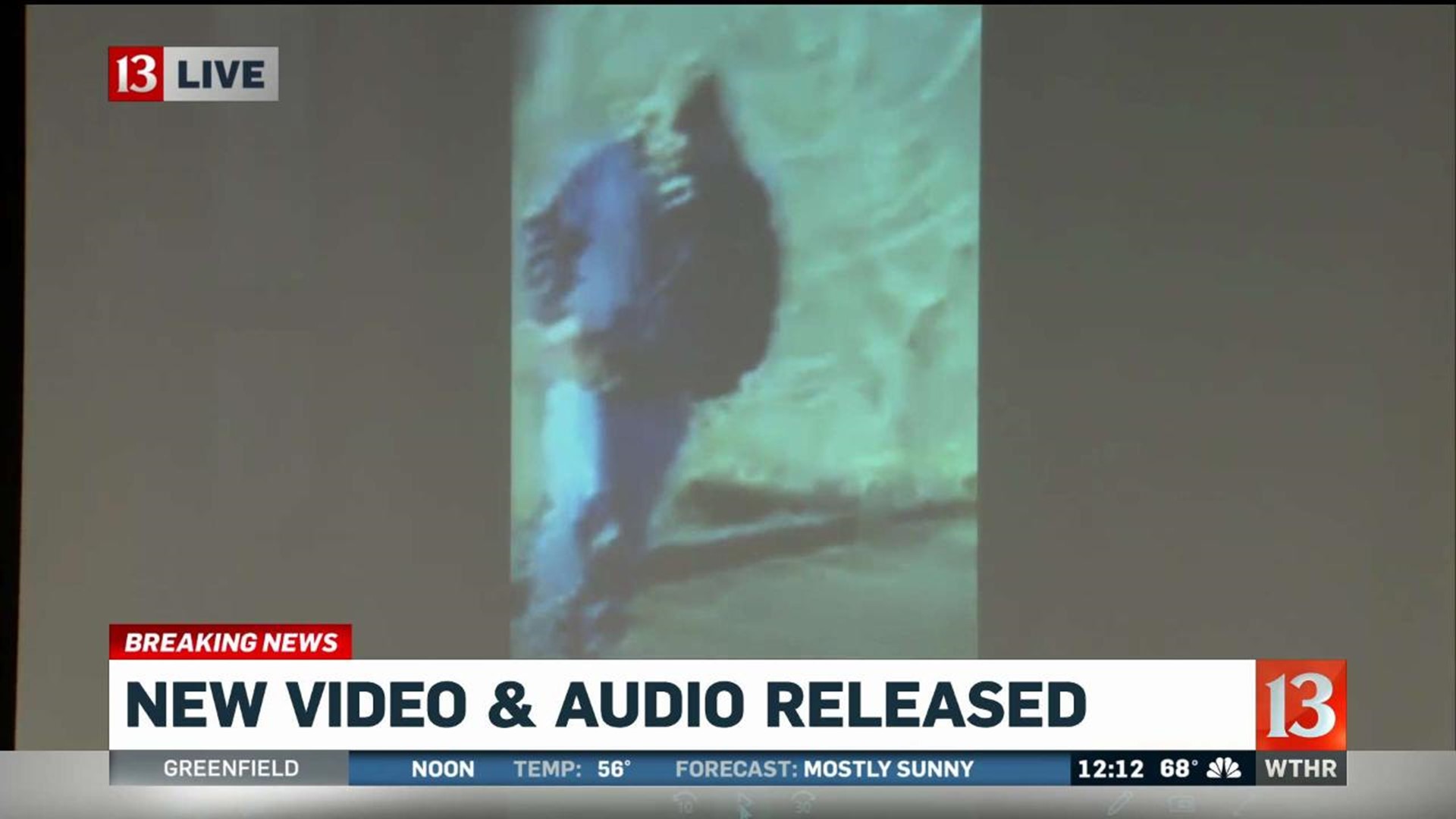 DELPHI, Ind. — NOTE: The above video is from the Indiana State Police news conference in 2019 when new evidence was released.

Almost four years ago, Abigail Williams and Liberty German went missing while walking on a trail near the Monon High Bridge in the town of Delphi. A day later, Feb. 14, their bodies were discovered in the woods a short ways away.

There is still a dedicated team working on the case, which includes two Carroll County detectives, two Indiana State Police detectives and other law enforcement officers.

In 2019, Indiana State Police held a news conference where they released a new sketch in the investigation along with a video clip and extended audio clip.

Credit: Indiana State Police
This sketch released by police April 22, 2019, depicts the suspect behind the February 2017 murder of Abby Williams and Libby German in Delphi, Ind. It is considered more accurate than the original released in July 2017. (courtesy Indiana State Police)

The team continues to  investigate tips and leads it is still receiving. Tips should include as many of the following as possible:

A timeline of events: