The family members of Delphi murder victims, Abby Williams and Libby German took their plea for help to a national audience Tuesday afternoon. 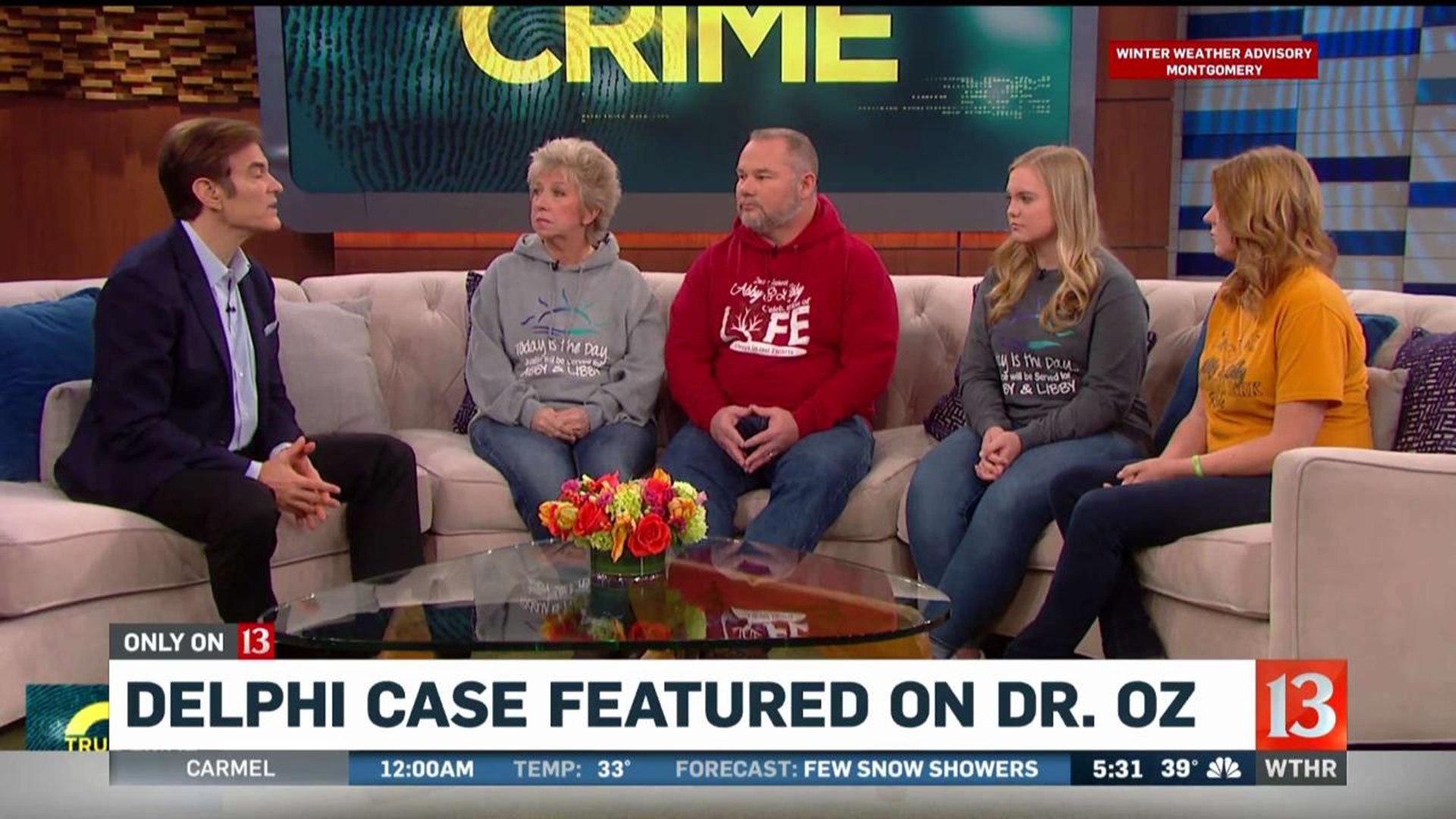 It put the spotlight on a crime that for three years has stymied police investigators, scared a small community, and disheartened grieving loved ones.

We’ll discuss updates on the two girls who left behind video and audio clues before they were murdered on a hike by an abandoned bridge. pic.twitter.com/AnZgbo2gEC

When Abby Williams and Libby German took a walk, they never returned where older sister Kelsi German dropped them off.

"As soon as they walked away, Libby turned around and told me she loved me and that is the last thing said to them," Kelsi said.

Libby's grandmother Becky Patty said her jaw dropped when police released a new and dramatically different sketch of the suspect.

"Oh my gosh," she said. "We've been out there doing, going to festivals and flyer campaigns. We've been pushing this for two years and it's the wrong person."

A new sketch has surfaced of the man who was filmed on two Indiana girls’ phones just before they were murdered. pic.twitter.com/bLrnolkI3i

Grandfather Mike Patty said that to protect their investigation, police have not even told him details of the crime.

"Three people know what happened out there that day and two of which are not with us anymore," he said. "There is one other person out there who is going to know that. They [police] kept that close to their vest. That will help weed that information out and figure out who that is, when they get down to making an arrest."

Investigators believe the killer knows the area and could be a "local."

That description Becky Patty said is her biggest fear, for reasons you wouldn't suspect.

"The definition of local doesn't mean he is from Delphi per se," she explained. "It could be that he had grandparents who lived around Delphi and came to spend summers at their house. It could be someone who comes to visit sometimes or has had work there or lived there previously." In other words, the suspect's home community could be somewhere else.

Kelsi said she's been hurt most by rumors that the family was somehow involved with the crimes and is hiding information from police. She regularly appears on social media.

"To tell people this is not what's happening," she explained. "You need to look at the facts and not try to put it on somebody it's not."

It's been three years since the girls' murder shocked the small community of Delphi. Abby's mom, Anna Williams, worries they will be forgotten.

"These girls are still very much alive to us and our hearts and our families," she said. "We are working really hard to keep their memories alive."

And with their memories, hope that the girls’ killer will be found.

Investigators want to hear from you, no matter how small you think your tip may be. Send police your tips on this case by emailing it to abbyandlibbytip@cacoshrf.com.