The deadly Tuesday shootings are among the gunfire mostly happening in the same IMPD district. 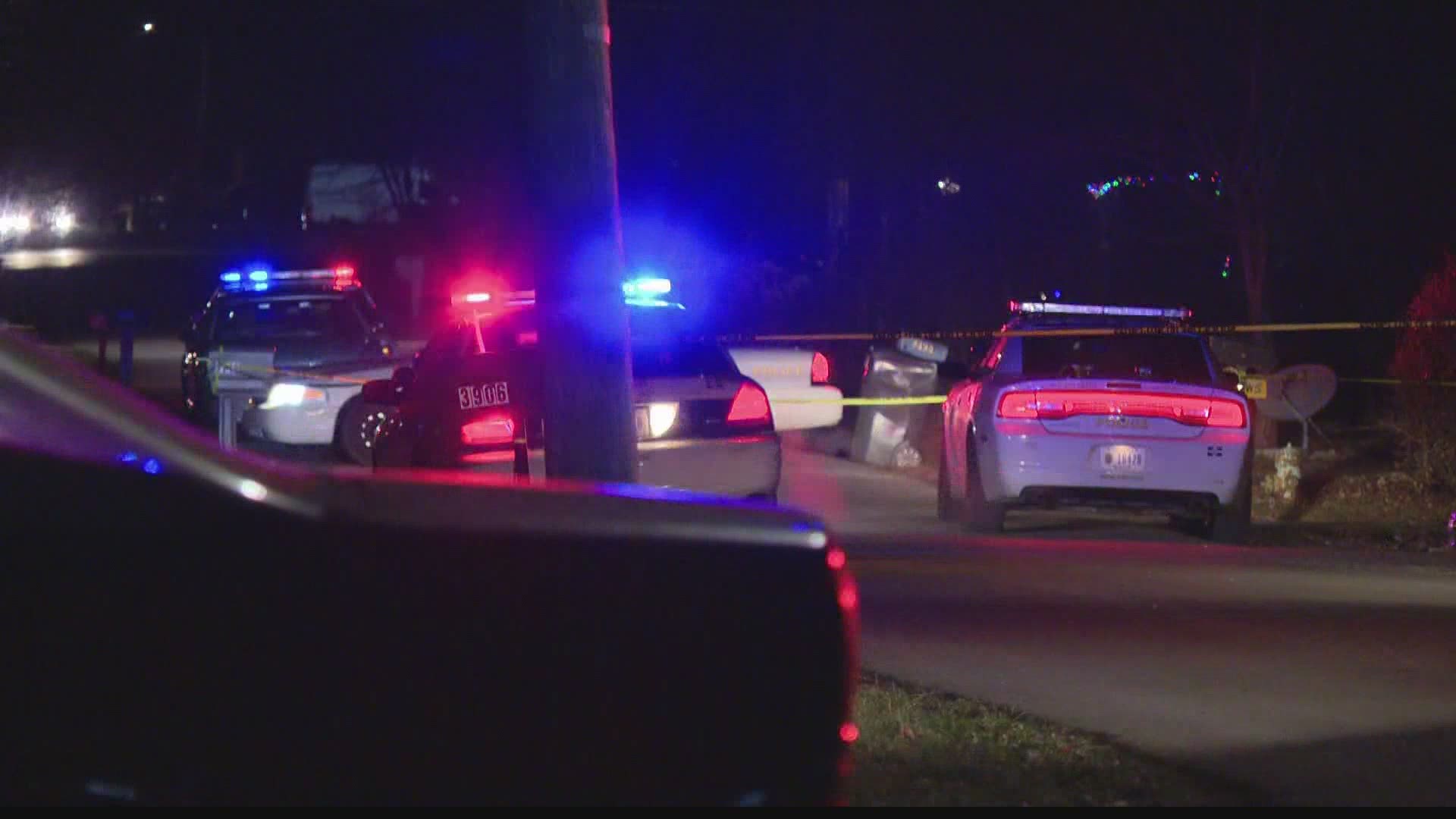 INDIANAPOLIS — Indianapolis Metro Police are investigating gunfire after seeing back-to-back shootings that made Tuesday one of the deadliest days they've ever seen.

"Deadly Tuesday" started with police responding to 39th and Boulevard Place around 2:30 in the afternoon on a report of gunshots fired. Officers found a woman who did not survive gunfire.

Minutes later, there was a call to the 2300 block of Hillside Avenue, where officers found a man shot to death.

The violence continued just before 5 p.m., where officers found a man and woman shot dead in what may have been a home invasion. The shooter did not injure a child who was found by officers in a gruesome crime scene that was even disturbing to police.

13News talked with IMPD Officer William Young at the scene of the shooting on Pasadena Street.

"I went to all of the crime scenes," said Young, a department spokesperson. "I've been a police officer for 15 years and this is the most gruesome crime scene I've ever seen before."

The Tuesday shootings are among the gunfire mostly happening in the same IMPD district.

Credit: Jim Johnston
Police on scene of a triple shooting on Pasadena Street.

Dr. Wayne Moore of Olivet Missionary Baptist Church on North High School Road wants to see a tangible plan to stop the violence in Indianapolis. He has been checking other cities similar to Indy who have crime reduction plans.

Local pastors like Moore urge people carrying guns not to resort to deadly actions. They hope people who are "beefing" with one another will try to resolve their conflicts without gunfire.

"The only thing is you can say is please stop, please stop and that doesn't seem to make it happen," Moore said.

Pastor Kenneth Sullivan, Jr. believes some of those involved in deadly violence are being influenced by hardcore music, movies and what they see on television.

"Stop, pause and really think about because one action in a moment can ruin your life and possible spend the rest of your life in prison," Sullivan said.

The investigation into the shootings are underway. IMPD has not publicized any motives in the incidents. Still, local clergy are convinced that people with guns should think twice before they act.

"All of us are human, we are not robots," said Vanessa Lech, an anger management expert. "We are all going to feel anger or irritable at some point in our lives. It does not mean that we are broken or something is horribly wrong with us. It is just an emotion. It's when anger starts to spiral and escalate. Most people are going to need help managing anger in their life."

Lech agrees with the concerned clergy and urges people to know their limits when it comes to anger and tolerance.

Lech strongly suggests that people with questions about their anger seek out licensed therapeutic help from professionals  in their community. Lech believes the current climate of social distancing could actually be advantageous to anger management candidates.

"Most people are now offering telehealth services in most of the communities," Lech said. "For a lot of people, that is more approachable because they don't have to leave their home. it goes back to how you are feeling and being aware of what situations can bring out of you."

Lech facilitates online discussions with followers all around the country on a variety of hot topics, including anger management. You can learn more about Lech's online chats here.

She hopes to facilitate discussions online on a regular basis that will spark more conversations on topics like anger management that otherwise may not get talked about publicly.

IMPD homicide detectives are still working to determine motives in Tuesday's shootings. If you have information, call Crime Stoppers anonymously at (317) 262-TIPS.