Indiana dealers reported 114 firearms that were either stolen or lost in 2020. 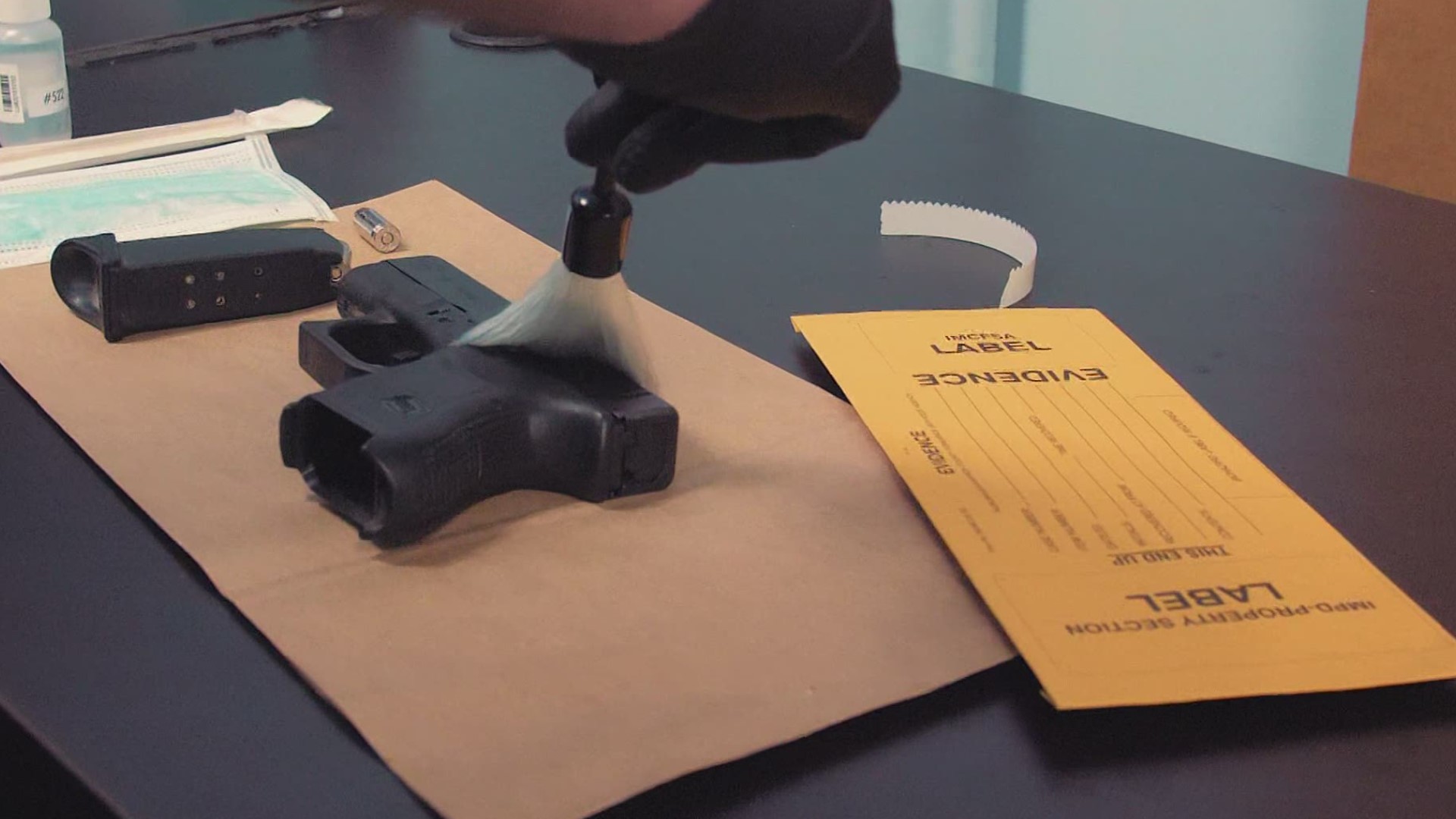 INDIANAPOLIS — NOTE: The above video is from a previous report on tracking guns to reduce violent crimes.

The Bureau of Alcohol, Tobacco, Firearms and Explosives released its annual Federal Firearms License Theft/Loss Report. Indiana dealers reported 114 firearms that were either stolen or lost in 2020.

The report breaks down those numbers even more:

In 2019, Indiana dealers reported 166 firearms were stolen or lost.

IMPD officers are using technology at the Regional Operation Center as one of their crimefighting tools. The center is where police use ballistics to collect information about the guns used at crime scenes, creating an investigative paper trail. In 2019, IMPD arrested about 350 violent criminals and removed 250 guns from Indianapolis streets thanks to the Crime Gun Intelligence Center (CGIC).

There is also a nationwide database following guns used in crimes across city, county and state lines. It's called the National Integrated Ballistic Information Network, or NIBIN. It connects guns, bullets, DNA and other evidence to help investigators solve cases that span multiple jurisdictions.

"Criminals don't have the same boundaries that we have," said IMPD Captain Mike Bruin. "They cross those lines so the problems in Marion County present a problem for the surrounding counties and vice versa."

The Bureau of Alcohol, Tobacco, Firearms and Explosives established NIBIN about 20 years ago. IMPD started entering evidence into NIBIN around 2018.

NOTE: The following video is from a 2020 report by 13 Investigates on tracking guns used in crimes.