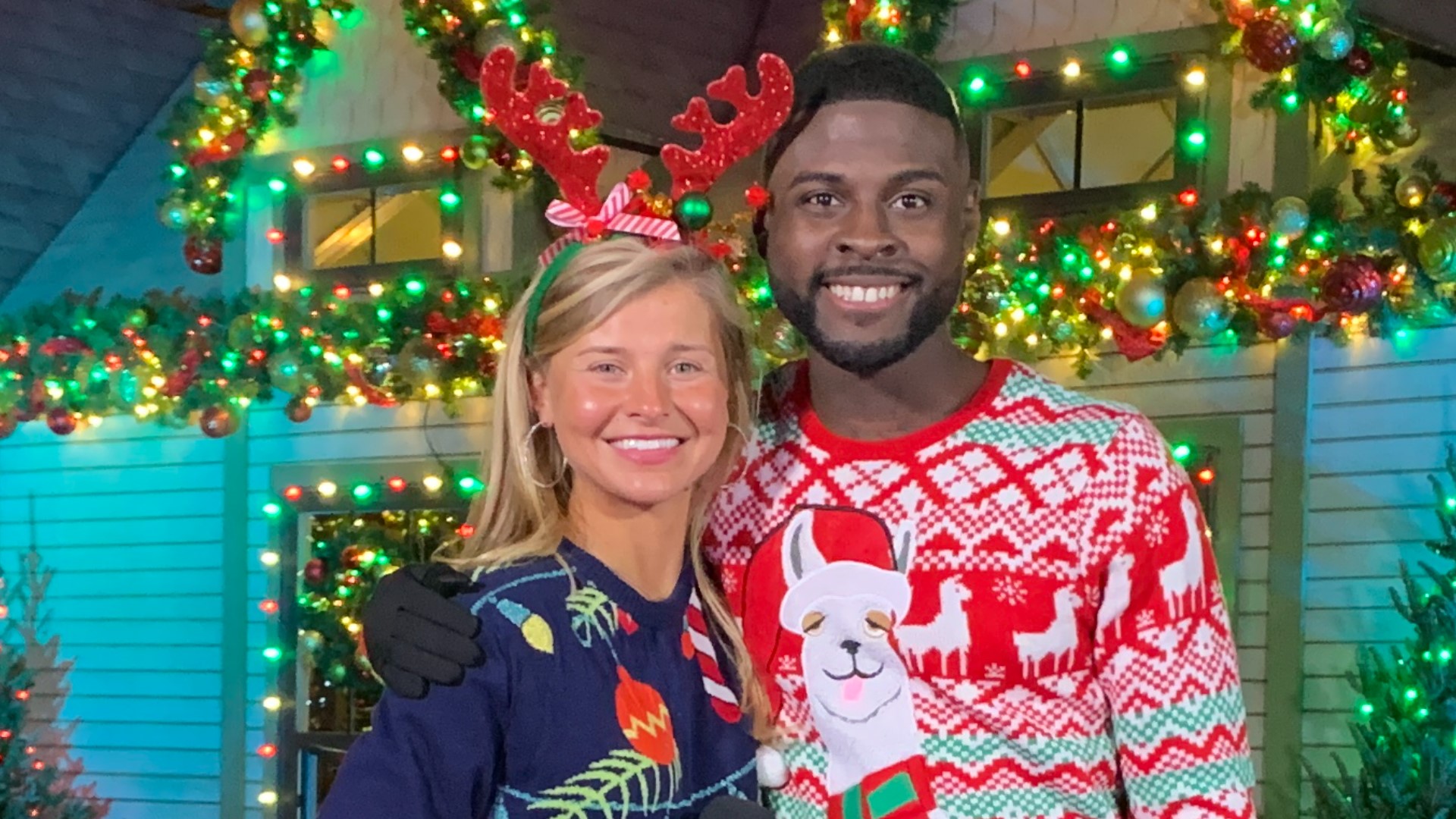 INDIANAPOLIS — They're known as "The Best Kept Secret."

Jordan Bridges is from Fort Wayne, and Samantha Voegele from Noblesville.

Both are seniors at Purdue University, but they didn't start out as a singing duo. The two met through mutual friends.

"One of his friends from high school and one of my sorority sisters here at Purdue...she was just like, 'You know what? I know you sing. My friend Jordan sings. You guys have very similar personalities. I want you guys to meet,'" Voegele said. "After that first meeting together, singing that one song together, we instantly were like, 'This has got to be something we keep forever.'"

Voegele said it was a blessing in disguise. They began talking about what it would be like to perform in this year's Downtown Indy, Inc's Circle of Lights presented by IBEW 481. .

"As a songwriter, any platform that's bigger than my own is astronomically huge," Bridges said.

Music has always been a part of Bridges' life, whether he's writing music, singing or touring and performing.

Voegele's family always imagined her singing in the event.

"I was like, 'How cool would it be if we applied with an original song?'" Bridges said.

And so they did.

"We were thinking we would hear back by Oct. 31," Bridges said. "Three days later I'm like, 'Sam! Look at the email I'm looking at.' Like, OMG freaking out."

They couldn't contain their excitement.

"This year, it just felt like the perfect timing because having Jordan and performing more often with him as a duo act. I was just like, 'There is no way that I don't want to at least give this a try,'" Voegele said.

"To have this song at an historic event where they've seen rounds and rounds and rounds of applicants and original songs, for them to have the reaction that they did, that is huge for my confidence," Bridges said.