The band formed earlier this year and never got a chance to truly perform together live on stage. 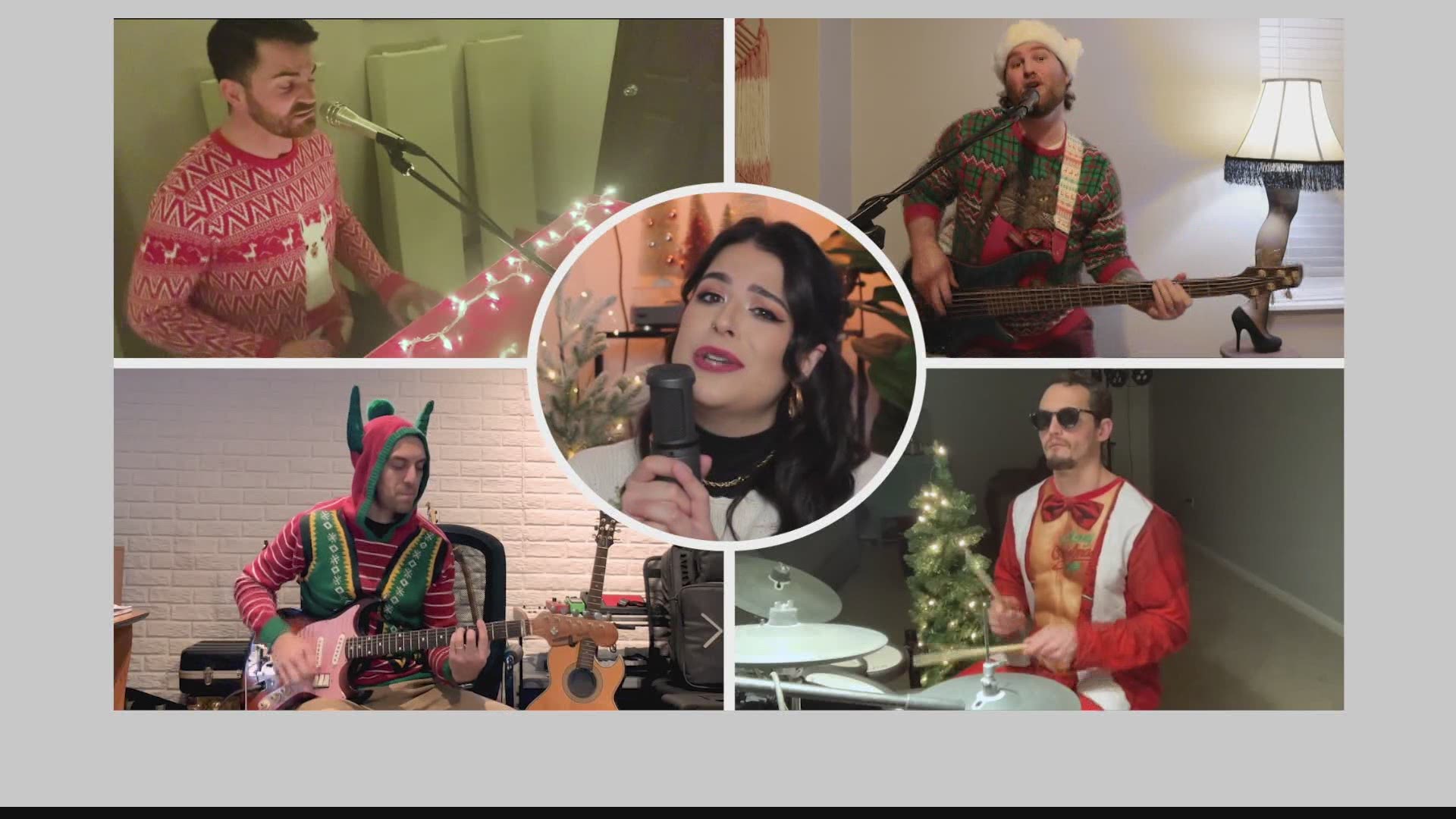 INDIANAPOLIS — When you watch Downtown Indy, Inc.’s Circle of Lights presented by IBEW 481 Friday night on WTHR, you'll see a band that has been forced to go all virtual.

“Meridian Moon” first got together as a band early in the year, but then the coronavirus happened and they never got a chance to truly perform together live on stage.

“We formed our band in February of this year, right when the pandemic hit,” said Pat Hannon, bassist. “We didn't get the chance to get together in person more than once or twice, and we’ve spent the past several months doing what you're going to see at Circle of Lights.”

And that would be performing virtually, something “Meridian Moon” actually does very well.

“Pat put the track together with all of the (instrumental) parts already done, and I just sing over it and then send it back to him to put together,” said Amber Ordaz, lead vocalist.

“It's not complicated in the modern era of recording. Putting music together has evolved tremendously over the years,” said Thyago Cruz, lead guitarist.

They proved just that with their spot-on cover of Mariah Carey’s “All I Want for Christmas is You,” complete with classic Christmas sweaters.

“The sweaters push it over the top, making it a 10 out of 10,” said Zach Derringer, drummer.

Several of the band members work in the health care field, and music has really been a healthy distraction for them in dealing with the depression of the pandemic.

“Doing music has been the main thing that's not let me get to down in the dumps during this pandemic,” admits Amber, who is also a pharmacist. “I wish I could do this live for sure, but this is such a great idea to continue the tradition because you know (Circle of Lights) is one of my favorite parts of the holiday season in Indiana.”