New and familiar acts will take the stage at this year's Circle of Lights celebration. 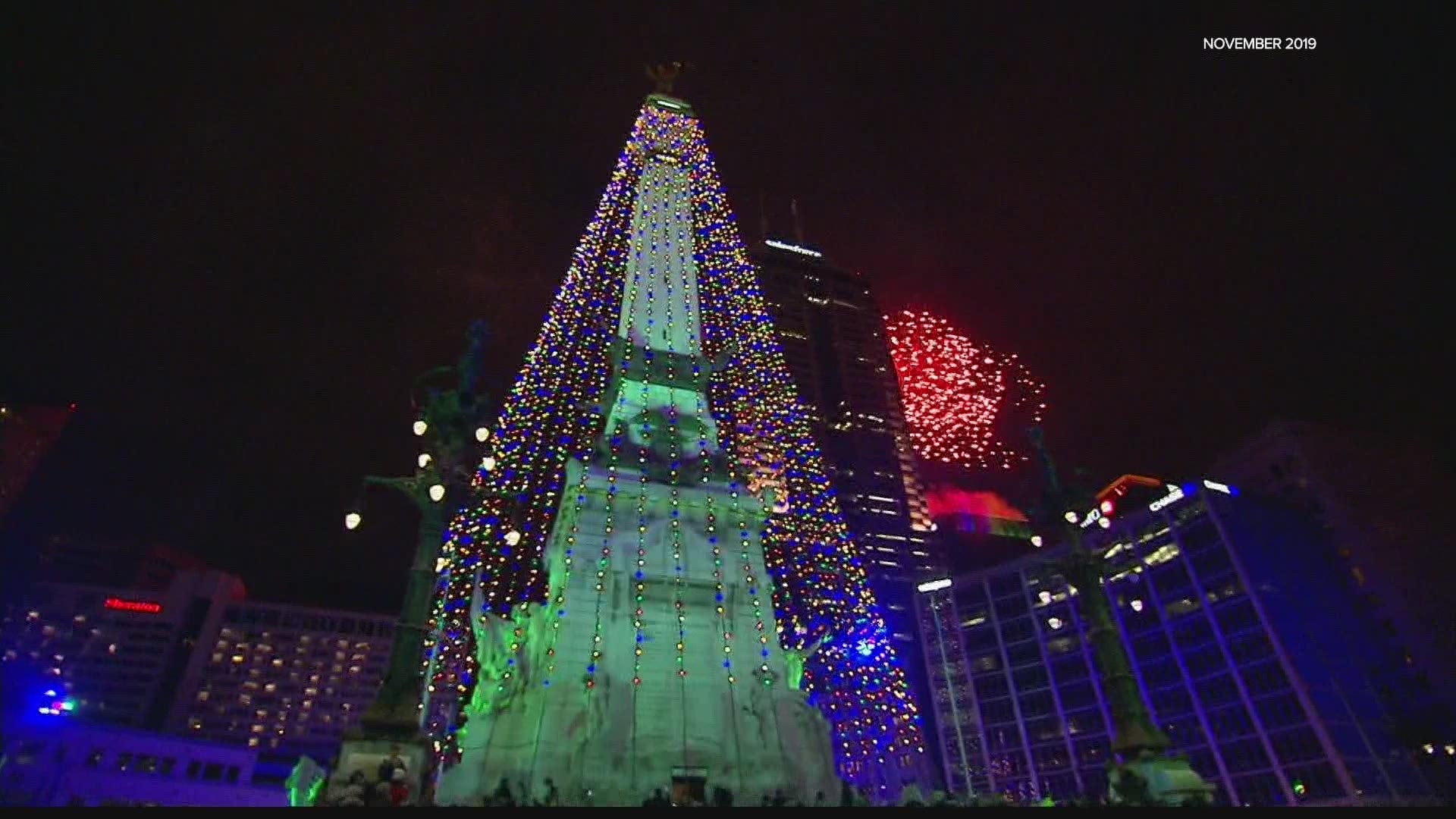 There will be no events on the Circle the Friday after Thanksgiving. Instead, the Circle of Lights celebration will be seen exclusively on WTHR, November 27 at 7 p.m.

The lights will be on every night during the holiday season at the Circle starting Saturday, Nov. 28 for people to come downtown and enjoy in a socially-distanced way.

Indianapolis native and winner of NBC’s “The Voice” (Season 6)

Josh Kaufman has also starred in Pippen on Broadway as well as NBC’s The Tonight Show. His music draws from a range of styles including funk, jazz, pop and rock. During the pandemic, Kaufman has been doing a number of shows on Facebook.

Soprano Angela Brown has traveled the world performing a variety of genres from classical to opera to pops and even God Bless America for the Indy 500. She is featured on the two-time Grammy Award wining recording “Ask Your Mama.” Recently, Brown founded Morning Brown, Inc., a nonprofit focused on her long-standing efforts to bring accessible, live music to underserved individuals, schools, and communities. In Spring 2020, she launched a new podcast named “Melanated Moments in Classical Music” that was named Best Black Music Podcast of 2020 by the Black Podcasting Awards.

Jordan Bridges, Ft. Wayne, and Samantha Voegele, Noblesville, have performed together for several years, often with their band, Kinnection. When the band could not perform together during the pandemic, Bridges and Voegele were able to perform at a venue that allowed groups of two. They’ve sung the national anthem for sold out basketball games at Purdue and provided music for Purdue’s Dance Marathon to benefit Riley Hospital for Children.

They are performing the premiere of the song Jordan wrote for Circle of Lights, The Christmas Feeling.

A group of Indianapolis musicians, many of whom are medical professionals working on the front line during the pandemic.

Meridian Moon formed in 2020 with five musicians who have all been playing with various bands for years. Most of the group works in the health care field. Two of them are nurses. The members include Amber Ordaz, David Ertel, Thyago Cruz and Zachary Derringer from Indianapolis as well as Pat Hannon from Fishers.

A Franklin dance crew made up of dancers ages 6-19 under the direction of Amanda Rose Nixon.

The dancers who are part of Circle of Lights range in age from 6 to 19 years old. They are under the direction of Amanda Rose Nixon, who has had groups perform at the Circle of Lights seven times over the years. The Rosettes have won several regional and national awards and have performed a local festivals, The Indy 500 and Disney World.

Anneliese and Ali are married and live with their family in Morgan County. They have performed in Nashville’s Blue Bird Café and have upcoming Pride events scheduled for 2021. They currently have two singles out with a new Christmas release coming in December. During the pandemic, they’ve had more time to focus on their music and expanded their fan base with a number of live performances online.

This year, the Downtown Indy, Inc. Circle of Lights presented by IBEW 481 will be a virtual celebration. Instead of heading down to Monument Circle, people will be able to watch the performances exclusively on WTHR. The show is Friday, Nov. 27 at 7 p.m.