Joe Koltcz recently beat a field of 6,000 to win a championship in Las Vegas. 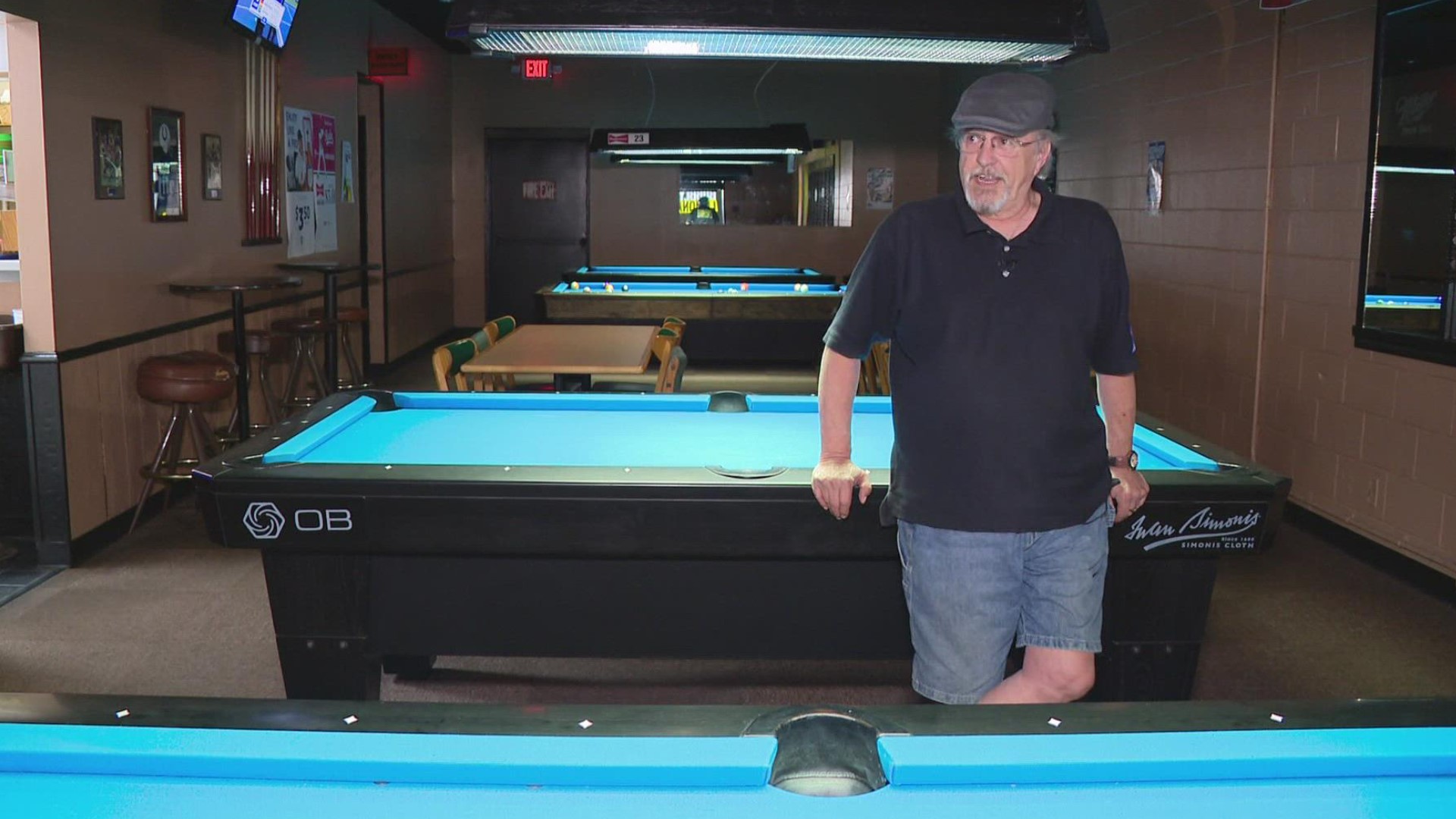 INDIANAPOLIS — If you stop by John Wayne's Pub & Eatery in Greenwood, you'll probably find Joe Koltcz working on his game.

The guy can play, and he makes it look easy.

Koltcz took his skills to Las Vegas recently and cashed in. He won the APA 9 Ball Shootout, a competition that involved 6,000 players.

"I had no idea anything like that was gonna happen," he said. "No way. If I had an idea, I would have looked up my odds in Vegas and dropped a bill on that one."

But this is about more than winning a pool tourney. This sport saved Koltcz' life.

Koltcz tragically lost his wife six years ago. She was his world, married 42 years.

"She was special, that she was," said Koltcz. "Why she ever put up with me I'll never know. It was a great life. It was very special. People don't do that anymore. People don't stay together that kind of time anymore. I would have liked to have another. Life happens and you go on."

But Koltcz couldn't go on. He withdrew from the world. He thought life was over... until he fell in love again.

"Absolutely what happened. She is a fickle mistress, she really is, but yes I did," Koltcz said.

A childhood buddy invited him to join the APA League to get him out of the house. The sport became a way for Koltcz to heal and grow at the same time.

"It became the way to reclaim my sanity. It gave me a way forward. The APA showed me there was life beyond that and there was something worth living for. There was more to it than just pool," said Koltcz.

So several nights a week, you'll find him running the pool table and sharing a laugh with a friend. Six years have passed since he lost his lifelong companion, but Koltcz has found a way to enjoy life again - taking one break at a time.