Motivated by a bet with her husband, Makenna Myler ran a mile in 5 minutes and 25 seconds, just a week before her due date. 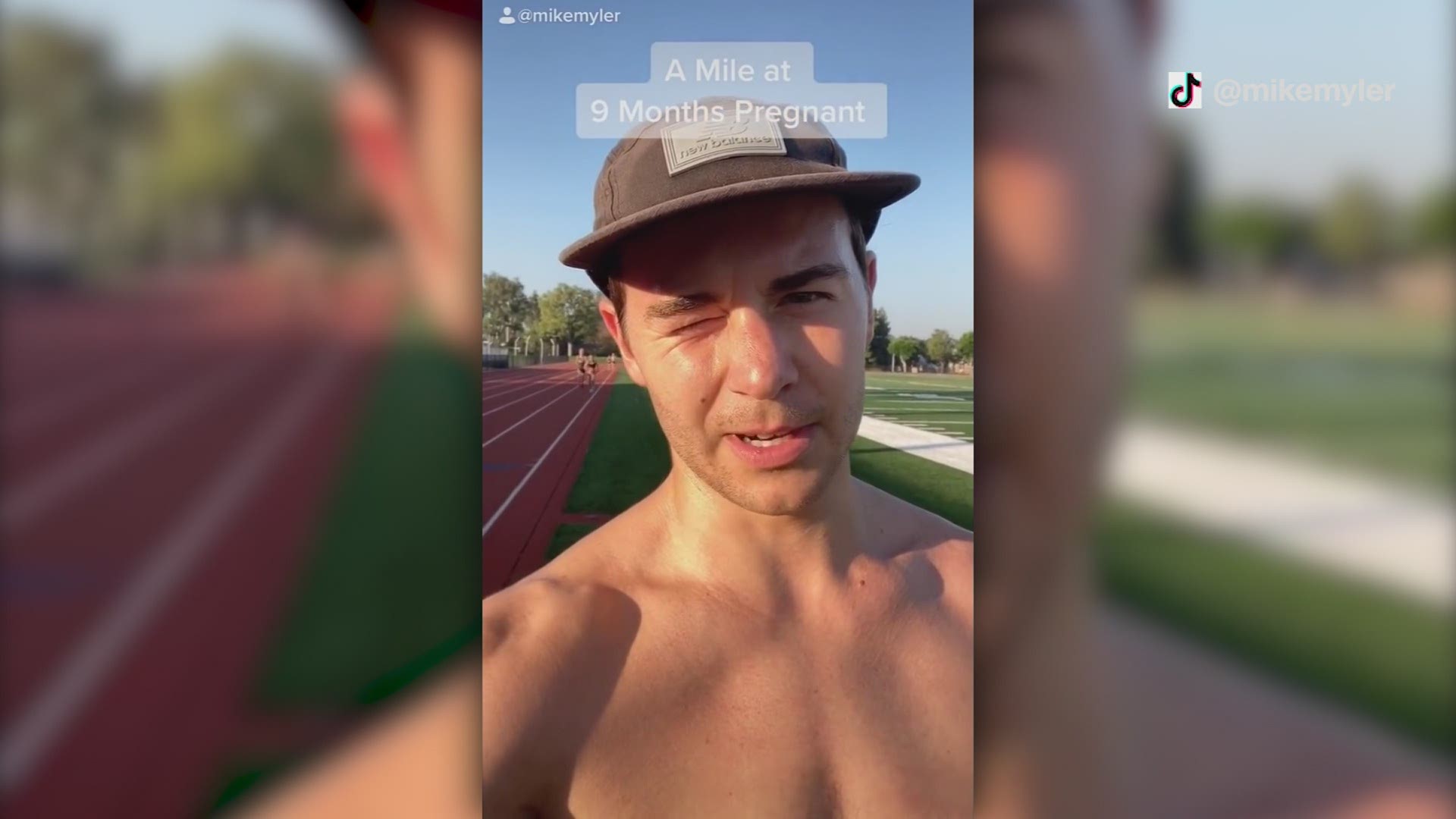 CALIFORNIA, USA — What started as a bet with her husband has now ended as a viral TikTok video.

Makenna Myler made millions of jaws drop as she accomplished an impressive feat: running a mile in 5 minutes and 25 seconds just a week before her due date.

The 28-year-old is originally from Australia and now lives in California. She's been running five or six times a week during her pregnancy.

At the beginning of her pregnancy, her husband bet her $100 that she wouldn't be able to break 8 minutes while nine months pregnant. She proved him wrong and he got it on video for all to see.

Two of Myler's doctors cleared her to continue running during her pregnancy before the challenge.

For reference, the average mile pace for women across the globe is around 10 minutes and 40 seconds, as analyzed from data uploaded to workout app Strava.