The cold, winter weather never stopped anyone from having some outdoor fun in Wisconsin! 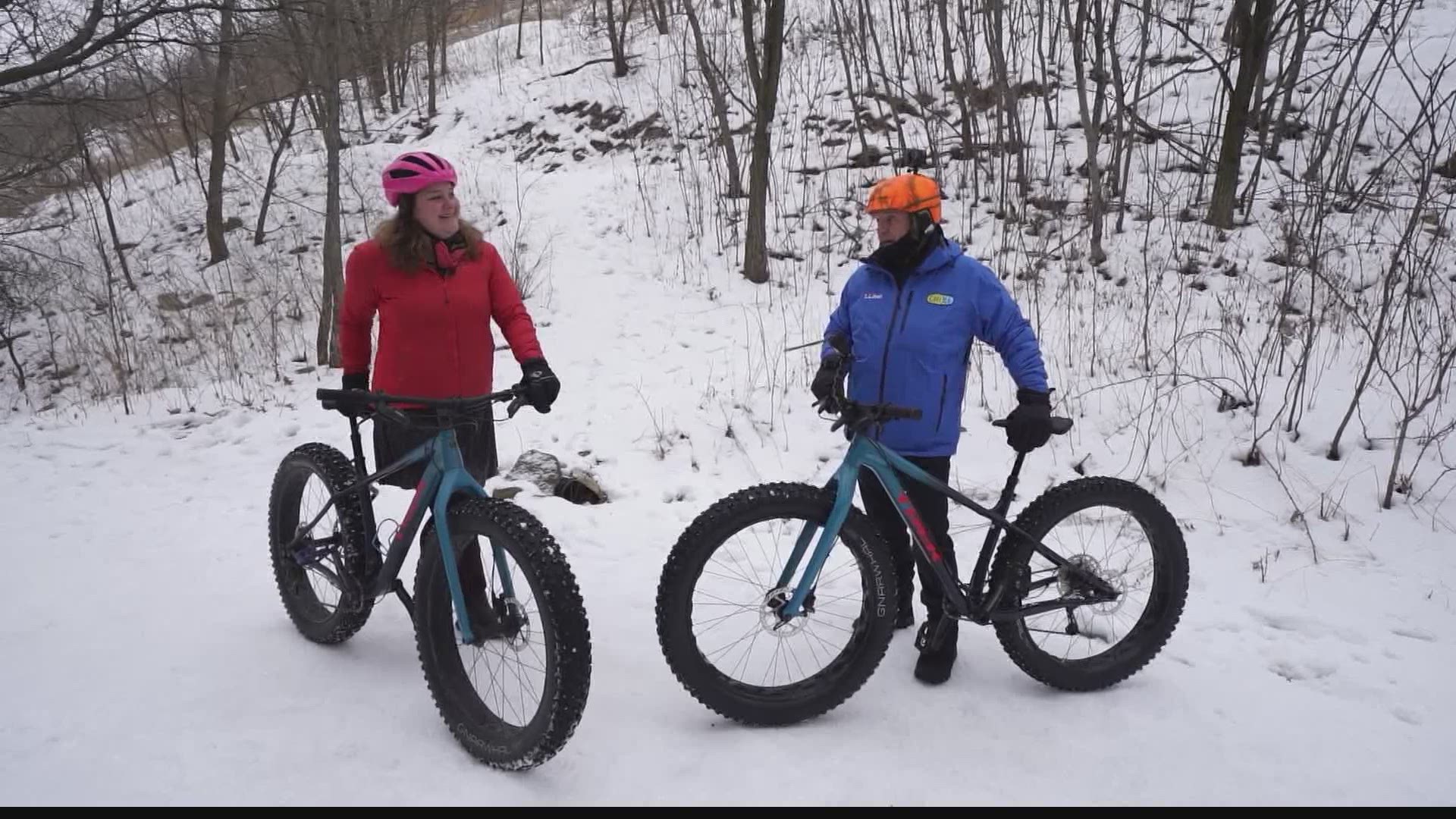 SHEBOYGAN, Wis. — For the latest Chuck's Big Adventure, we traveled north to the frozen tundra of Wisconsin, where the weather is cold but the fun didn't stop!

OK, I know: I am getting up there in years. My first grandchild is on the way. I have worked at WTHR for almost 36 years. My back is shot. I get it. A lot of people my age don't do this stuff.

When producer Megan, photographer Steve and I had the opportunity to take a trip down the nation’s largest tubing facility, I wanted to do it. By all accounts, it wasn't a good idea. We had been shooting video and driving all day, Steve still had a LOT of editing and uploading video to do and another hour of driving before we got to our hotel — and on top of that, it was already dark. I felt really bad that I was going to subject him to another couple hours of shooting video in single-digit wind chills. Not a good idea, but boy, am I glad we did it.

Our new buddy, Rob Friedl, is the owner/operator of the Sunburst Winter Sports Park, a huge facility where cold winter and snowy weather is celebrated lavishly. The park features 11 runs to ski and snowboard, and features two terrain parks. State-of-the-art snowmaking and grooming keeps things consistently moving, and even when we were there, later in the evening, hundreds were having a blast. For me, the thrill was the tubing facility: 45 chutes, a 90-foot drop in elevation and speeds reaching 40 miles per hour.

The whole idea of a separate tubing facility with a hill escalator taking guests to the top was a no-brainer — if Friedl wanted to stay in business. It's a matter of dollars and cents.

"What we like about tubing is that on the ski and snowboard side, only about 10 percent of the population can really participate, maybe a little more," Friedl said. "But if you can sit down and stand up, you can tube. So, probably 90 percent of the population can get out and enjoy tubing, from all ages from 5 to 85, and we see that all the time, multi-generational people and families coming out and having a blast."

The drop is steep, and Friedl said our evening ride would allow us to reach speeds of 40 miles per hour. He was right — it was fast and fun.

Friedl and his staff are going above and beyond state mandates for COVID-19 safety. They fog all of their buildings nightly with sanitizers that have a 100 percent COVID-19 kill rate. They also have put UV-C lighting in all ventilation systems, and social distancing and mask wearing is mandatory.

Because of the nature of his business — being outdoors — Friedl said COVID-19 hasn't really hurt his operation, and he is even expanding.

The rush of speeding down a hill at 40 miles per hour is an adrenaline rush. It's fast, bumpy, thrilling and absolutely addictive. None of us wanted to leave after shooting our story, but the clock contented to tick on yet another brief night’s sleep, so we had to leave. I certainly will return, and I will plan to ride, scream and enjoy a much longer visit next time.

Click here for more information about this awesome tubing experience.

Drive around the snow-covered roads of central Wisconsin, and you are likely to see snowmobiles, people facing the cold walking trails in snow shoes and lots of sledding. If you look AND listen, you may sneak upon a sport most of us have never seen before — a hybrid seasonal sport called skijoring.

The sport began in 1291 in China but isn't well known to most Americans. Among a small group of adventurous people in a park near Madison though, it's their favorite part of winter.

Sharon Hugh has been skijoring since 2009.

"You are on cross-country skis, and you hook yourself up to a dog and let your dog pull you, and you have to ski at the same time," Hugh said.

Well, you have to try, at least. While we watched a group of skijoring-lovers on our trip, some fell and even did face plants when their dogs pulled a little too hard.

Still, many find this niche sport a great way to exercise, try something new and build a cooperative bond with their pet.

"I think it's just starting to grow. We've seen it in a bunch of our cross-country races, and they now add a skijoring event the next day after the big races are done, or maybe even before," Hugh said. "The 'Birke' is the big event that a lot of us go to in February, which is up in Hayward, Wisconsin. They have what they call the 'Barkie Birke' two days before the big event, and there's really competitive people who come into this. They're really good skiers first, and then, they get the fastest dog they can find. There's actually a dog that's been bred for this called the grazer."

Credit: WTHR
Skijoring began in 1291 in China and is when a dog or horse pulls someone over snow on cross-country skies.

We saw a variety of dogs at our skijoring introduction with various abilities. Did I try it? No. Our producer Megan gave it a shot, but she agreed with most — this is not an easy sport. It takes time, patience and training to make the skier-dog relationship flourish. Sometimes, the best way to train a dog is to put it at the back of a pack and let it chase the other dogs in the lead.

Don't expect skijoring to become a major winter sport, but for the people who are willing to give it a try, it's worth it.

"I like the partnership that I have with my dog," Hugh said. "It's a good way for us both to get our exercise, and it's a lot of fun."

It's fun to just watch too!

Let’s face it: For most of us, winter means camping before a fireplace and trying to avoid going out the door to face the bitter cold. In Sheboygan, Wisconsin, though, a hearty group of people believe that by doing that, you are avoiding the best part of the season. In fact, they are taking summer activities on Lake Michigan right into February.

Mike Miller has operated EOS Surf Shop for years, but his is not just a seasonal business anymore. He said people are shocked to learn you can surf and paddleboard in the dead of winter on Lake Michigan.

“You know, anywhere there is a large body of water and some wind, waves can kick up, and we are blessed because where we are in Sheboygan, we have great beaches and great geography to create clean waves," Miller said.

There are plenty of surf spots, and paddleboarders and kiteboarders can work off the often high waves and currents on the lake. In a sense, Sheboygan has characteristics of a small ocean, and that’s why Midwest folks flock here — even in the winter.

Tyler Stewart, 15, is a daring young man. He regularly joins friends to paddleboard and surf in the wintry chill. He is pretty good at it too. He gave producer Megan a quick lesson on paddleboarding in 22-degree weather.

Credit: WTHR
Tyler Stewart, 15, using surfing as a way to find peace, calm and at the same time, get a wonderful workout.

For Stewart, it’s a way to find peace, calm and at the same time, get a wonderful workout. But the question everyone has is, how in the world does one stay warm in water barely above the freezing mark?

"So, I can answer in two different ways: The first thing I can say is equipment. The second thing I can say is, sometimes, you just can't. Sometimes it's a matter of how long you can be out there before you get cold, but on a day like today. I mean, the sun is beating down on us. The air is warm for, you know, Wisconsin," Stewart said.

I have seen world-class athletes perform at the highest levels, but I think I was as impressed by Stewart and the Surf Wisconsin crowd as much as with any adventurer spirits out there. Truly amazing.

It was another one-of-a-kind experience on our Chuck's Big Adventure trip to Wisconsin, and by the way, I think I’ll try it — I may wait until August, though.

Those were the words I kept repeating over and over as I joined a crew of folks riding a snowy icy trail on a bike in Franklin, Wisconsin. It worked — I never fell into the ditch but did get an outstanding workout and tried something I want to try again.

Fat tire biking is just what it sounds like. A bicycle outfitted with large, extra-wide tires that enable the hearty cyclist to power his or her way through snow-covered trails with a feeling that they are going where no man has gone before.

Fat tire biking is so popular that the Travel Wisconsin website has a special page where those with the inclination can search over 32 sites to explore.

Although these bikes can provide good traction on dirt, the oversized tires do exceptionally well on snow and ice.

On my trail tour, I felt confident that I would:

Some of Wisconsin's beautiful trails aren't accessible during the winter, but fat biking really does change that rule. Because the rims are wide and the pressure in the tires is low, it's relatively easy to cycle on snow, and it's fun!

The state has designated many trails as acceptable for winter fat tire fun, but it is NOT legal to ride these bikes on snowmobile and cross-country ski trails.

Amelia Kegel from the Wheel and Sprocket bike stores took me along for the ride, and she was a great teacher and partner.

"If you've gone skiing or snowboarding, it's very similar to that, so we have a single-track trail that we're going to follow the grooves of, and basically, we're just going for a little ride to trust the bike," Kegel said.

1 / 4
WTHR
Chuck said fat tire biking is a must-try if you winter vacation in Wisconsin.

Kegel added that the sport started in Alaska but quickly spread south.

"They used to weld rims all together until it became such a fad that, you know, this is something that comes stock, and we are really excited to be here in Wisconsin because the bikes were born for weather like this," Kegel said.

I changed gears and seat height to adjust to the changing trail conditions. It was a tough — at times painful — workout but was worth the burn. At nearly 64 years old, I felt out of breath and strained, but I would do it again in a heartbeat.

Fat tire biking is a must-try if you winter vacation in Wisconsin. It put the BIG in Chuck's Big Adventure. 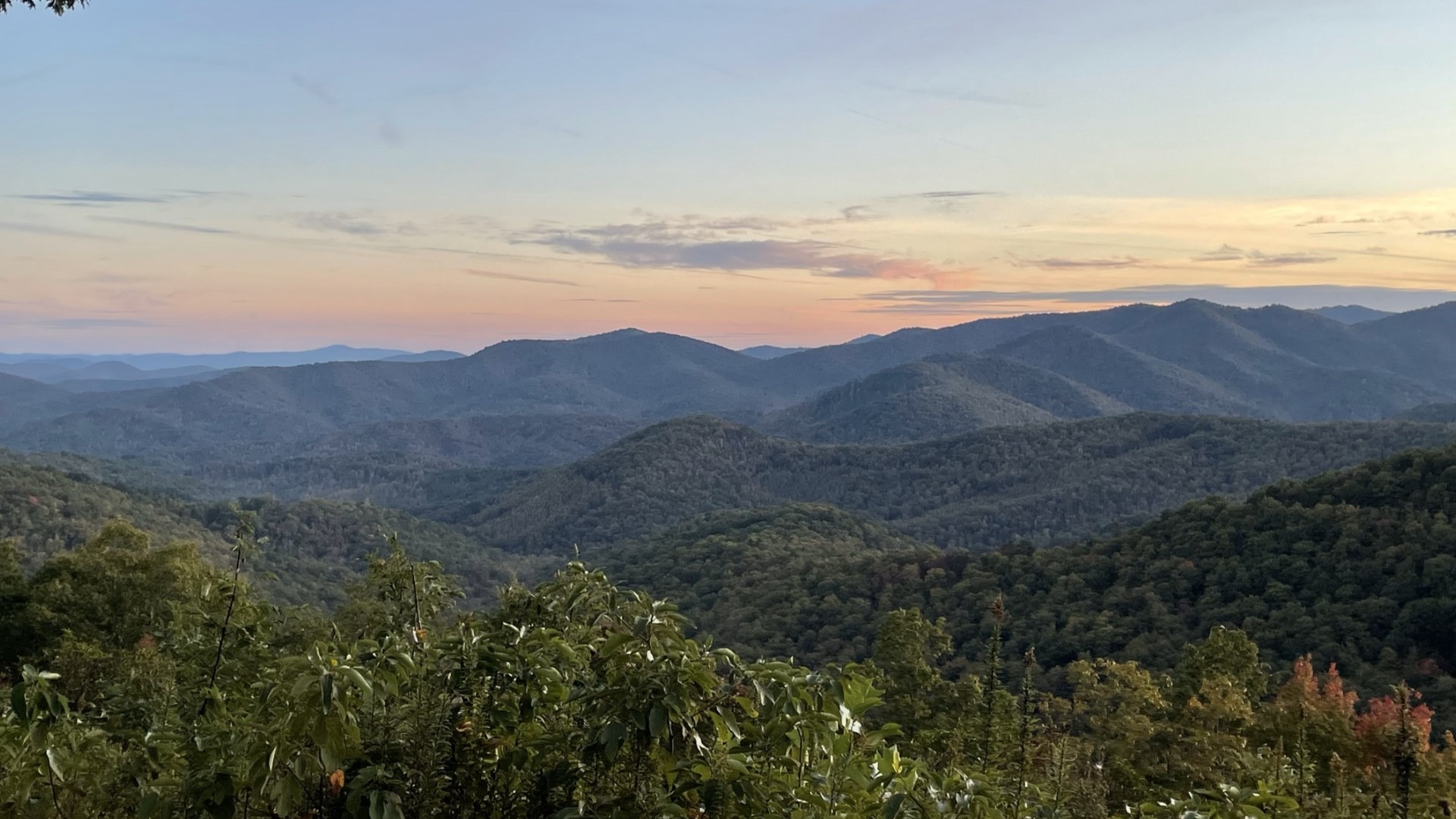