The NFL all-time leading scorer broke the news to his former teammate on the Pat McAfee Show. 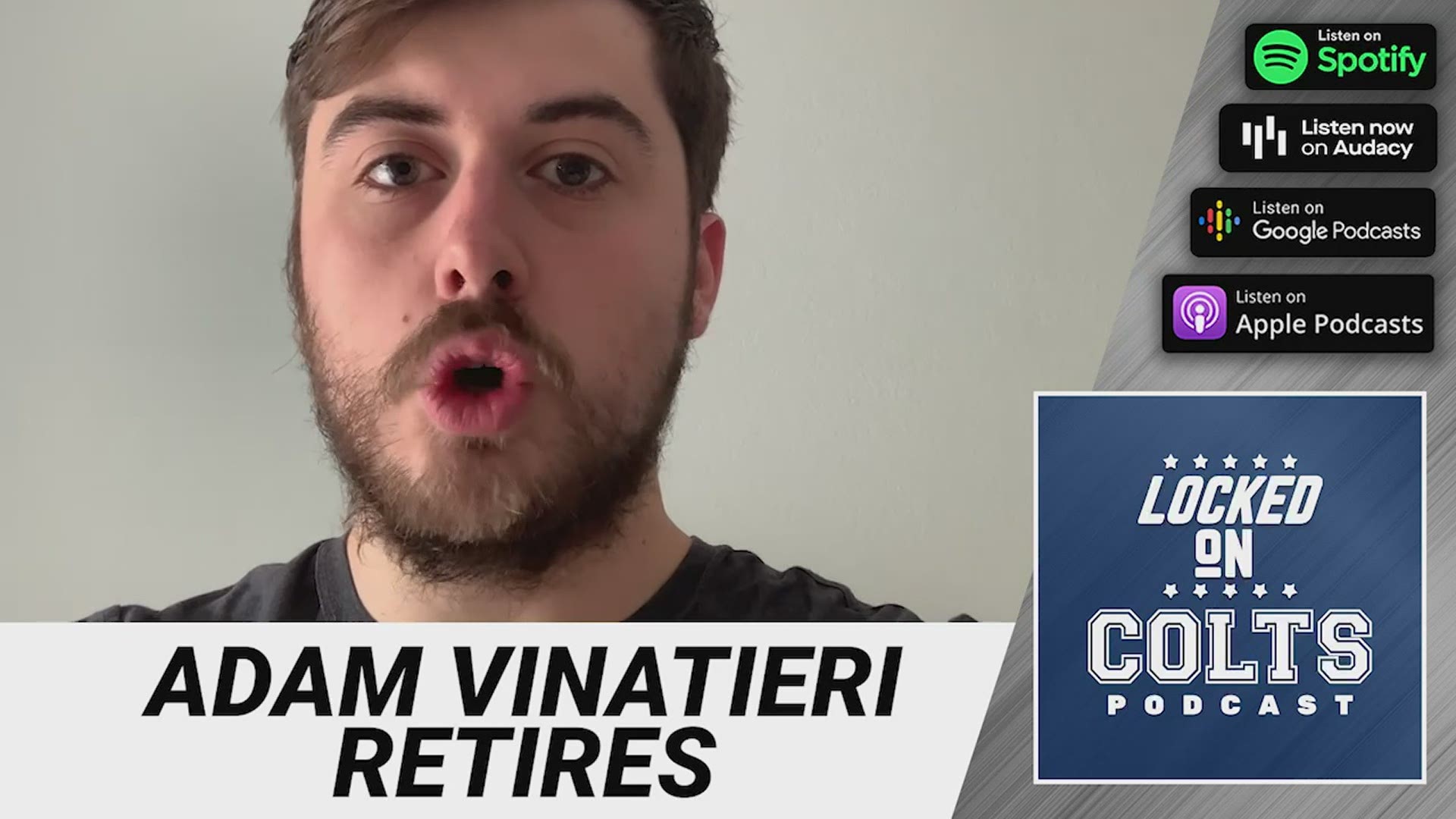 INDIANAPOLIS — It's official: After playing 24 seasons in the NFL, Adam Vinatieri is hanging up his cleats.

The NFL's all-time leading scorer announced his retirement Wednesday on the "Pat McAfee Show," telling his former teammate, "Do you want it to be live on your show that Vinny's officially done? ... By Friday, if the paperwork goes in, you heard it here first."

After watching Adam Vinatieri from the opposite sideline for so long I got the chance to see him up close for 3 years and I saw why he was so great. An extremely hard worker, a great teammate, a class person-and awesome in the clutch. Congrats Adam on a spectacular career. pic.twitter.com/smarV9wArs

This past season was the Colts' first since 2005 without Vinatieri, as rookie Rodrigo Blankenship stepped into the position. After 24 seasons in the NFL, Vinatieri became a free agent and did not get picked up by any teams.

WARNING: The following video has some strong language and may not be appropriate for all audiences.

The team did not take Vinatieri's time and success for granted. He was honored with a giant banner on the south side of Lucas Oil Stadium that read, "Thank you for the memories."

Prior to his time in Indianapolis, Vinatieri spent 10 seasons with the New England Patriots.

"No matter the time, place, no matter the weather, he had the clutch leg," said Kyle Windland, a Patriots fan from Connecticut visiting Indianapolis on business in 2020. "If not being clutch, then scoring the most points or being most accurate, but I think the clutch factor is what every team wants their kicker to possess."

Vinatieri still lives in the Indianapolis area with his family. His son plays football for Zionsville High School. After Vinatieri made his announcement, he asked McAfee, the former Colts punter who retired from the NFL in 2017, to help his son punt.