The Colts did not resign the 47-year-old kicker in the offseason. 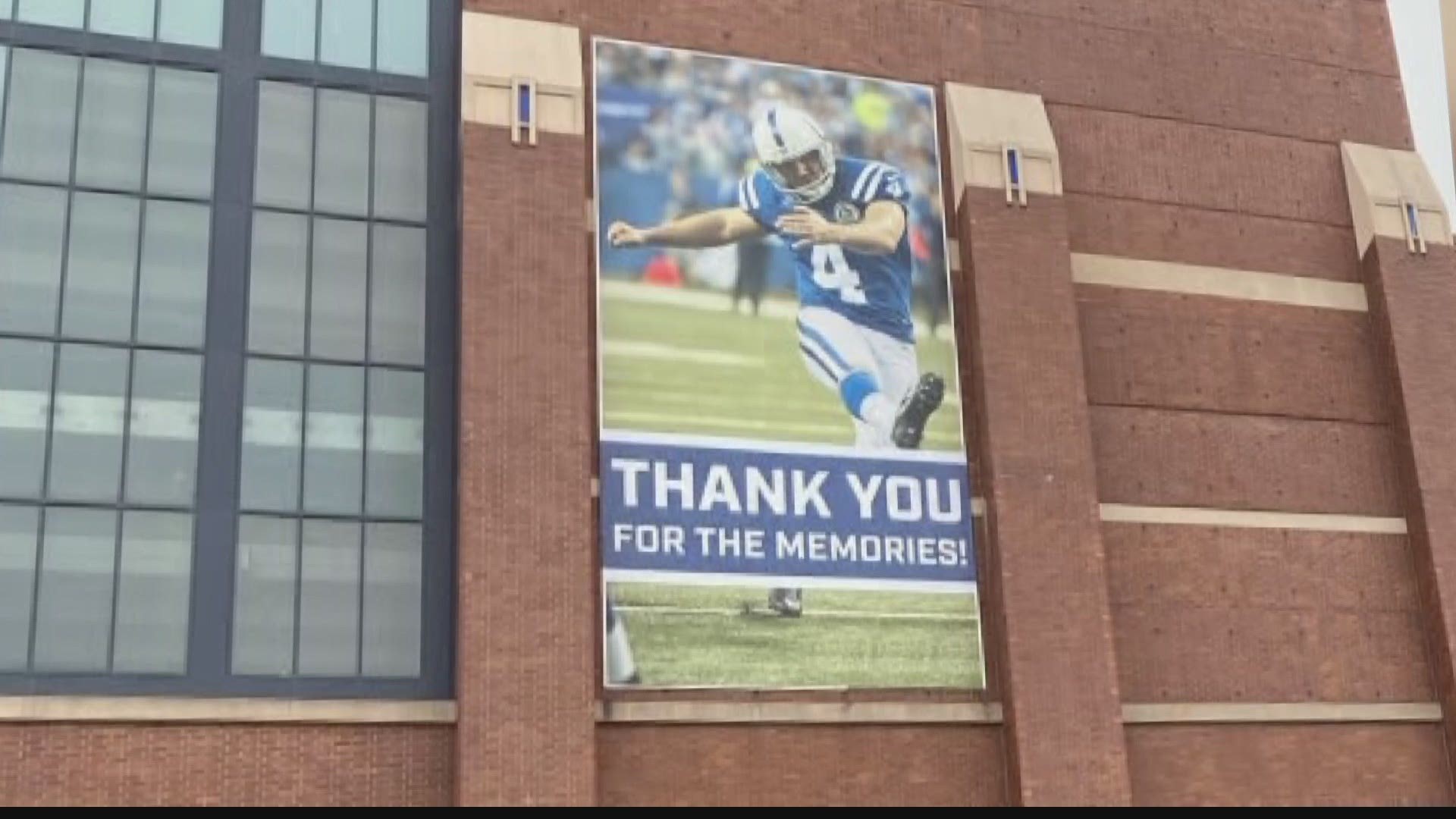 INDIANAPOLIS — As the NFL season kicks off, perhaps the greatest kicker in league history has not retired, but he's not playing for the Indianapolis Colts anymore, or any other team. The giant Adam Vinatieri poster on the south side of Lucas Oil Stadium is now a farewell message. Sport Graphics put up a banner over Vinatieri’s reading: "Thank you for the memories."

The Colts did not resign the 47-year-old kicker in the offseason.

"We're surely going to miss him,” said Tamara Barger, a Colts fan from Brownsburg, who was visiting the stadium Colts Pro Shop. “So, good luck to him and his future. We're all going to miss him in the Colts family."

Vinatieri has played 24 seasons in the NFL, the last 14 with the Colts after 10 years with the New England Patriots. No one has made more field goals (599) or more consecutive field goals (44) or scored more points (2,673) in NFL history. He is a four-time Super Bowl champion, including two Super Bowl-winning kicks in the final seconds.

"No matter the time, place, no matter the weather - he had the clutch leg,” said Kyle Windland, a Patriots fan from Connecticut visiting Indianapolis on business. “If not being clutch, then scoring the most points or being most accurate - but I think the clutch factor is what every team wants their kicker to possess."

But last season, Vinatieri missed 14 kicks, several that played a significant role in Colts losses. His season ended early with a left knee injury. But even while he struggled, he was not considering retirement.

"Is retirement still out of the question for you?” WTHR sports director Dave Calabro asked Vinatieri on November 10, 2019.

“It was never in the question before,” responded Vinatieri. “So, that was a nasty rumor. That's a decision for other people."

A few #4 Vinatieri jerseys and souvenirs are still available in the Colts Pro Shop at Lucas Oil Stadium - collectors' items now to remember a certain Hall of Fame career that may not be over.

Vinatieri still lives in the Indianapolis area with his family. His son plays football for Zionsville High School. Vinatieri is working out and waiting to see what teams are looking for a kicker as the season progresses.