Amid all of the celebrations of his fourth Indianapolis 500 win, Hélio Castroneves had one stop to make to a house on New Jersey Street. 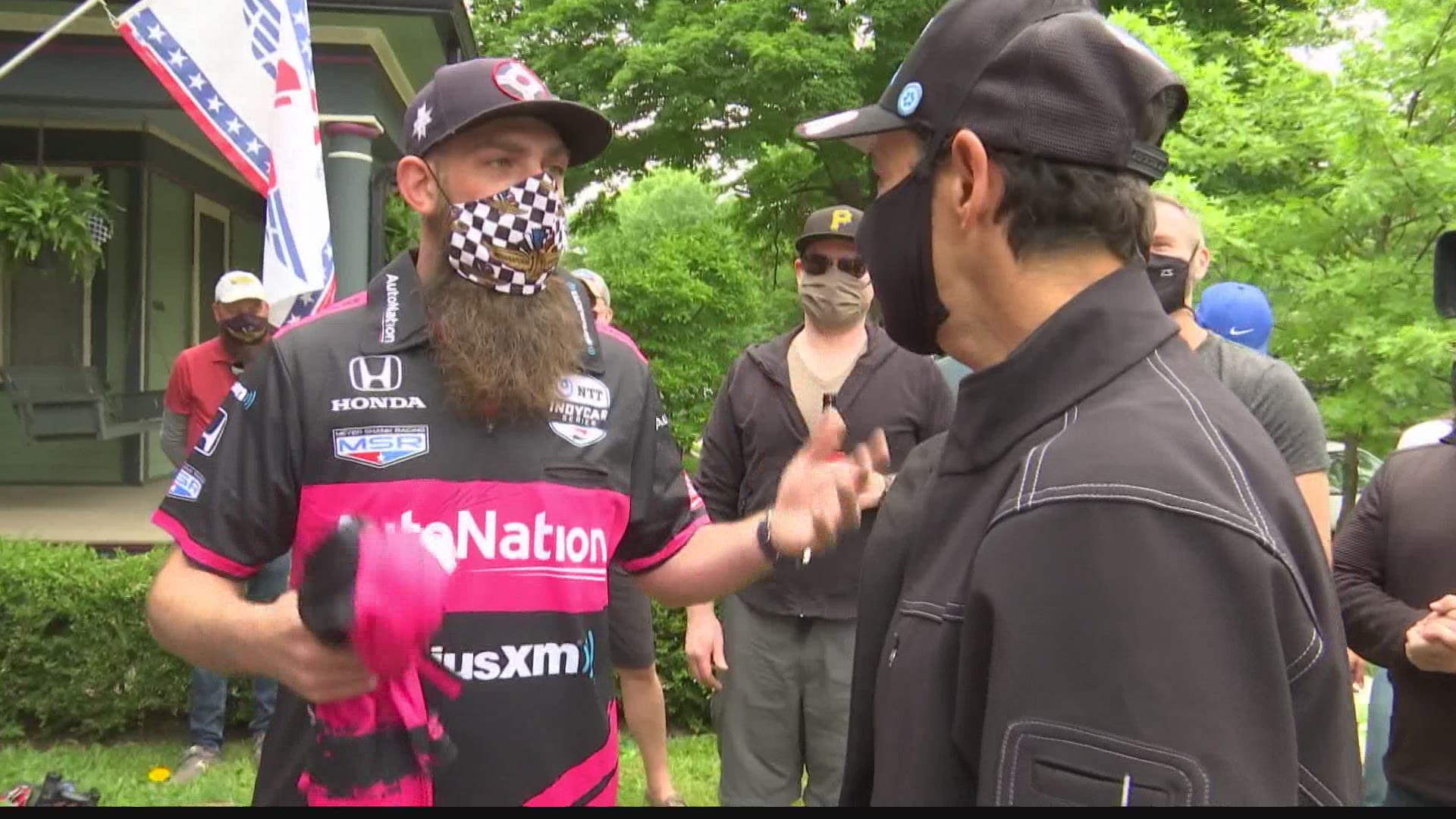 INDIANAPOLIS — After promising a return visit to an Indianapolis couple if he won the Indianapolis 500, Hélio Castroneves kept his word.

The four-time 500 winner made a surprise pit stop at the Terzinis' home in Indianapolis Monday.

Castroneves first came by Saturday afternoon as a part of the Spectacle of Homes. The Terzinis had their house fully decorated, including a mannequin of Castroneves climbing the fence.

“If you’re a man of your words, when you say it you have to mean it and make it happen,” said Castroneves. “I felt touched by those guys and the neighborhood and I said, 'This would be a lot of fun.'"

Jameson Terzini said he was on pins and needles watching the race Sunday, rooting for Hélio. The entire experience is one they won’t ever forget.

“It went from a normal weekend, to a very awesome, incredible, unbelievable weekend very quickly,” he said.

“All of the stars aligned of the race weekend to make it absolutely perfect,” said Kimmy Terzini.

Hélio also said if he wins again next year, he’ll be back.