From no baseball to the big leagues: Indiana native makes it to 'the show'

After the 2020 minor league season was lost to the pandemic, Hunter Owen finally realized his major league dreams in May. 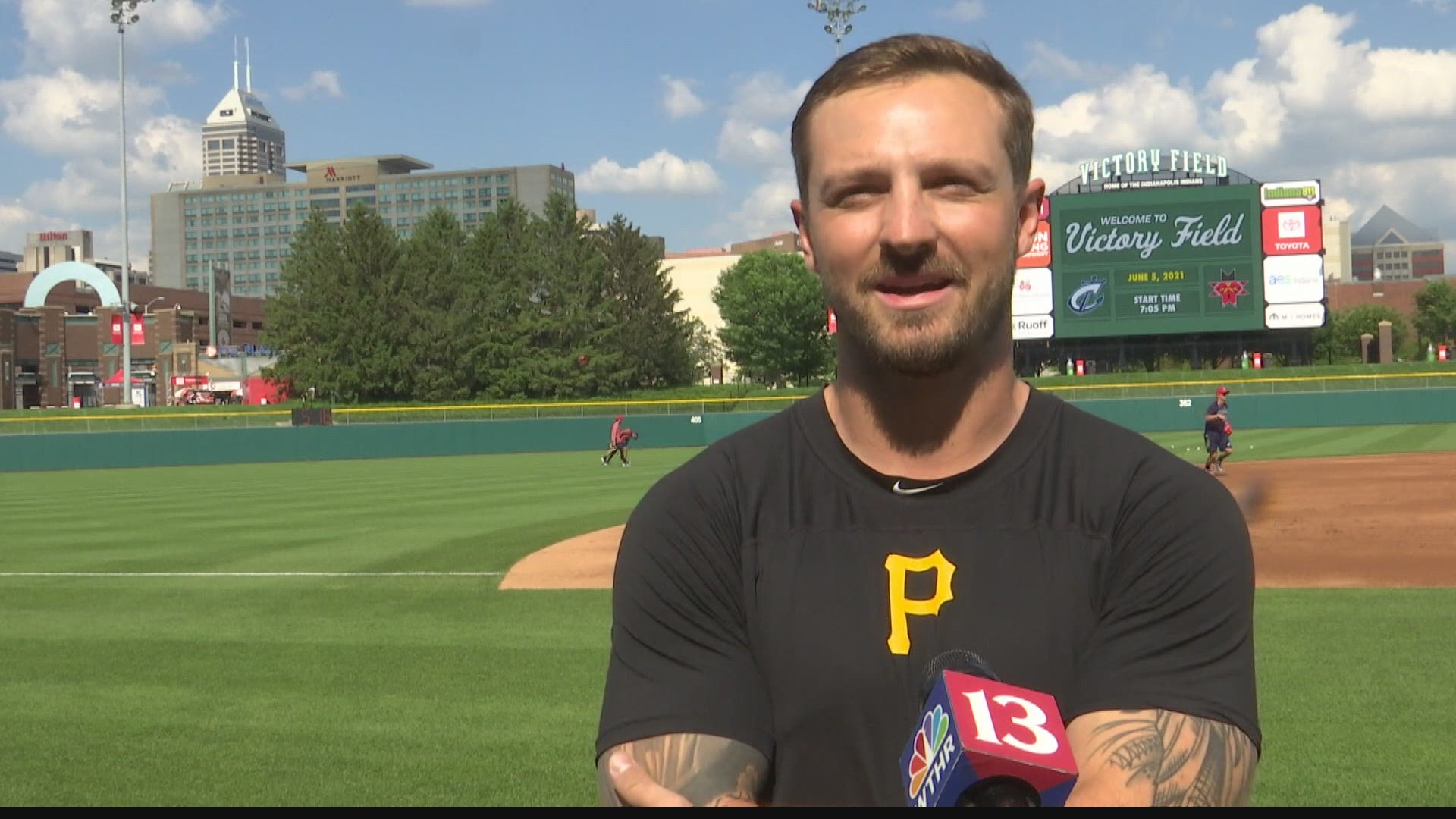 INDIANAPOLIS — It's been a year of highs and lows for Indianapolis Indians third baseman Hunter Owen.

Rewind back to the spring of 2020. Like millions of Americans, the pandemic threw Owen a nasty curveball. COVID-19 forced the cancellation of the minor league baseball season and the Evansville native found himself without work.

"It was pretty frustrating for me, because I was a 26-, 27-year-old guy, I'm kinda getting old in my career crazy to think right," said Owen. "I was bitter about it for a little bit, but you kinda have to take a step back. A lot of people were in the same boat."

Owen stuck around Indianapolis and continued training. He also went back to school online to continue finishing his degree at Indiana State and picked up a job at Stonycreek Golf Club in Noblesville.

"I started playing a little bit of golf to relax myself and it did the exact opposite, 'cause you know how golf is," Owen laughed. "I met the manager and he was really cool and my girlfriend was like, 'You should get a job' and I was like, 'I don't know about that.' I talked to him and he was like 'Yeah, we're willing to work around your schedule' and he’s like whatever you need as far as training, we’ll work around you. And I was like, 'All right, might as well right?'"

Finally, spring rolled around again and Owen’s patience paid off. He got a call with an invite to big league training camp.

"Of course I was blown away at that point, 'cause I had never been to big league camp and hadn’t played in a full year," he said.

Credit: WTHR
Hunter Owen warms up before a game at Victory Field.

Well Owen impressed and finally on May 4, Pirates manager Derek Shelton delivered some of the best news of the 27-year-old's life.

"He looked at me and he was like, 'You’re a big leaguer today, kid,' and I could feel all my blood (rush) out of my face. He was like 'You're a big leaguer, we’re gonna activate you today. Congratulations,'" Owen said. "Of course your emotions take over. You're like 'Thank you,' then you get out his office as fast as possible. It was really exciting."

The following day, on May 5, Owen made his major league debut with the Pirates against the San Diego Padres. His dad, stepmom, brother and girlfriend flew from Indiana to California to be there for the moment.

"I'm a firm believer in, 'You reap what you sow,' so if you keep a good, positive attitude and keep working at things, the ball may fall in your court," he said.

From playing no baseball at all in 2020 to making his major league debut a year later, it's a journey Hunter Owen will not soon forget.