The past year Victory Field was used as a driving range, movie theater and played host to an auto show, among other things. 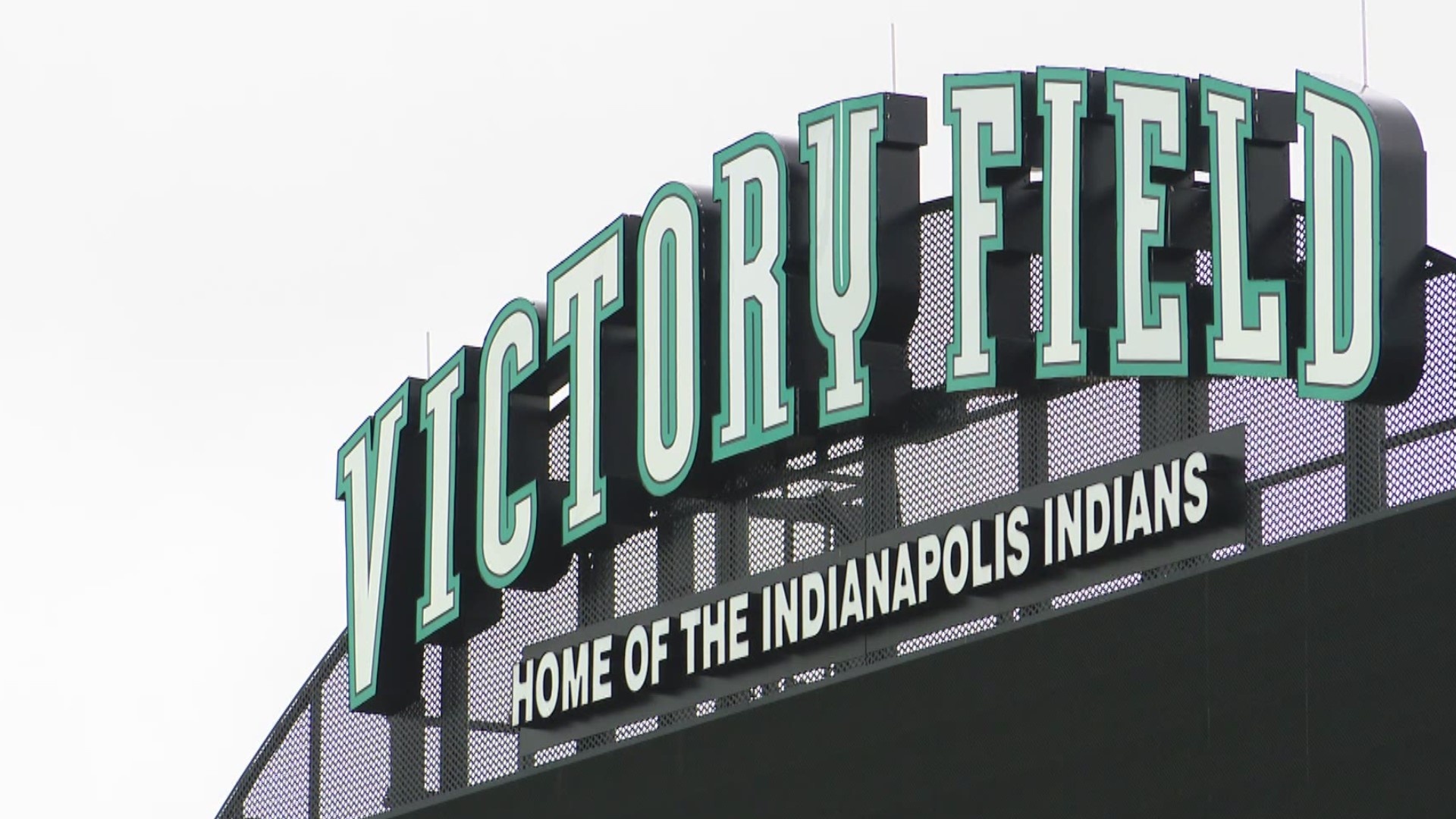 INDIANAPOLIS — The Indianapolis Indians' season began in Iowa last Tuesday, and now they are bringing professional baseball to Victory Field for the first time since Aug. 31, 2019 a week later.

"As we ramp up here — now just a week out — the excitement is real," said Indians Director of Communications Cheyne Reiter. "We're in our 25th anniversary season, so what better way to welcome the fans back to the park and celebrate not only the return of Indians baseball, but this beautiful ballpark."

In the past year, Victory Field, in the absence of professional baseball, was used as a driving range, movie theater and played host to an auto show, among other things.

"When we finally got that stamp on there being no baseball season last summer, it was like, 'OK let's go to plan B,'" Reiter said. "And plan B, the wheels have been turning there for four months because we assumed the worst might happen. You've always got to assume in that situation, and we were just prepared (for) 'alright, the season's canceled, what're we going to next?'"

Capacity will start at 25 percent for at least the first six home games of May and there will be some differences at the park including socially distanced seating, altered concession stands, masks and paperless payments and ticketing.

"Just a bunch of little things like that, that we haven't done in years past, but we have to this year and certainly some of the things are new ways to run the operation and run the show here at Victory Field, so expect some things to carry over to future seasons," Reiter said.