President Trump blamed the cancellation on the failure of Russia to return ship and sailors recently seized from Ukraine. 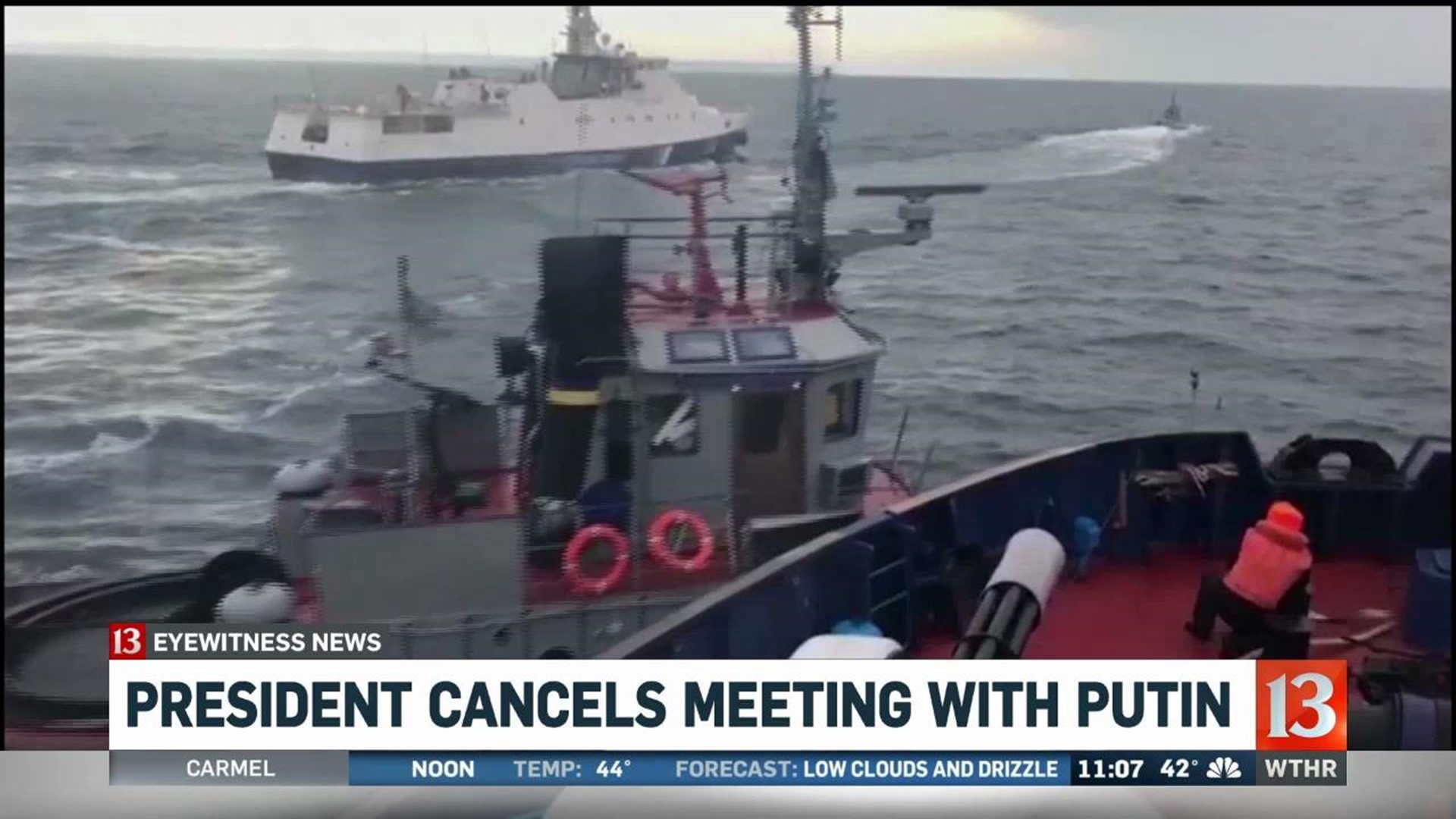 President Trump blamed the cancellation on the failure of Russia to return ship and sailors recently seized from Ukraine.

But the announcement of the scuttled meeting came an hour after he told reporters that he would probably meet with Putin there — and two hours after President Trump's ex-lawyer Michael Cohen pleaded guilty to lying to Congress about the president's involvement in an aborted real-estate deal in Moscow.

Based on the fact that the ships and sailors have not been returned to Ukraine from Russia, I have decided it would be best for all parties concerned to cancel my previously scheduled meeting....

....in Argentina with President Vladimir Putin. I look forward to a meaningful Summit again as soon as this situation is resolved!

"I will probably be meeting with President Putin. We haven't terminated that meeting," President Trump had said outside the White House, shortly before departing for Buenos Aires, Argentina.