A Texas substitute teacher has been fired and arrested after video surfaced online that appears to show her repeatedly punching a student. 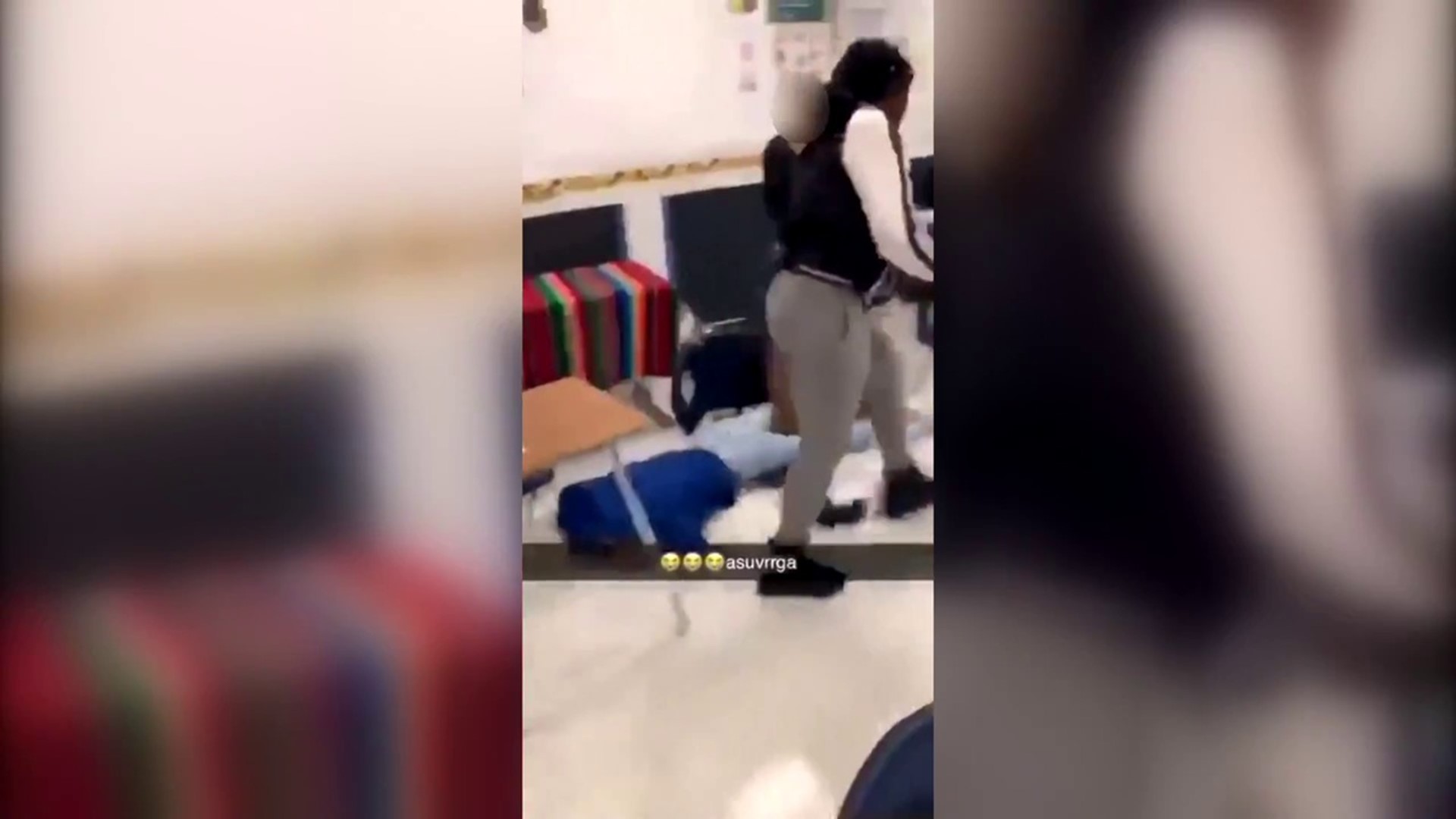 KYLE, Texas (WTHR) — A Texas substitute teacher has been fired and arrested after video surfaced online that appears to show her repeatedly punching a student. According to the student's lawyer, the student suffered a traumatic brain injury in the attack.

The incident happened at Lehman High School in Kyle, Texas, about 20 miles south of Austin.

The video shows 32-year-old Tiffani Lankford punch the 16-year-old student in the face, then pull her to the ground and stomp on her head as other look on in shock.

Watch a video of the fight in the video player above. WARNING: It is violent and hard to watch.

The school's principal sent a letter home to parents explaining the incident and the teacher's consequences.

"As a family, we share both the good news and bad news together. Today, I have to tell you about an incident that is disconcerting.

This afternoon, we fired one of our guest teachers for hitting and fighting with a student. Under no circumstance is that behavior tolerated at Lehman High School or in Hays CISD. Additionally, the former employee was arrested by the Hays County Sheriff’s Office and faces potential criminal charges. Her actions will also be reported to the Texas Education Agency.

We take the safety and security of our students seriously. We took swift action when this incident occurred and will do everything necessary to protect our students."

Lankford has since been arrested and charged with aggravated assault. She was released from jail on a $10,000 bond according to KXAN.

The student's attorney said the girl is set to meet with a neurologist, a neuropsychologist and a trauma specialist.

"The child is currently being treated for the severe injuries she sustained from this attack," attorney Paul Batrice said in a statement.

Batrice said the girl had been previously diagnosed with epilepsy.