There are four possible names to choose from! 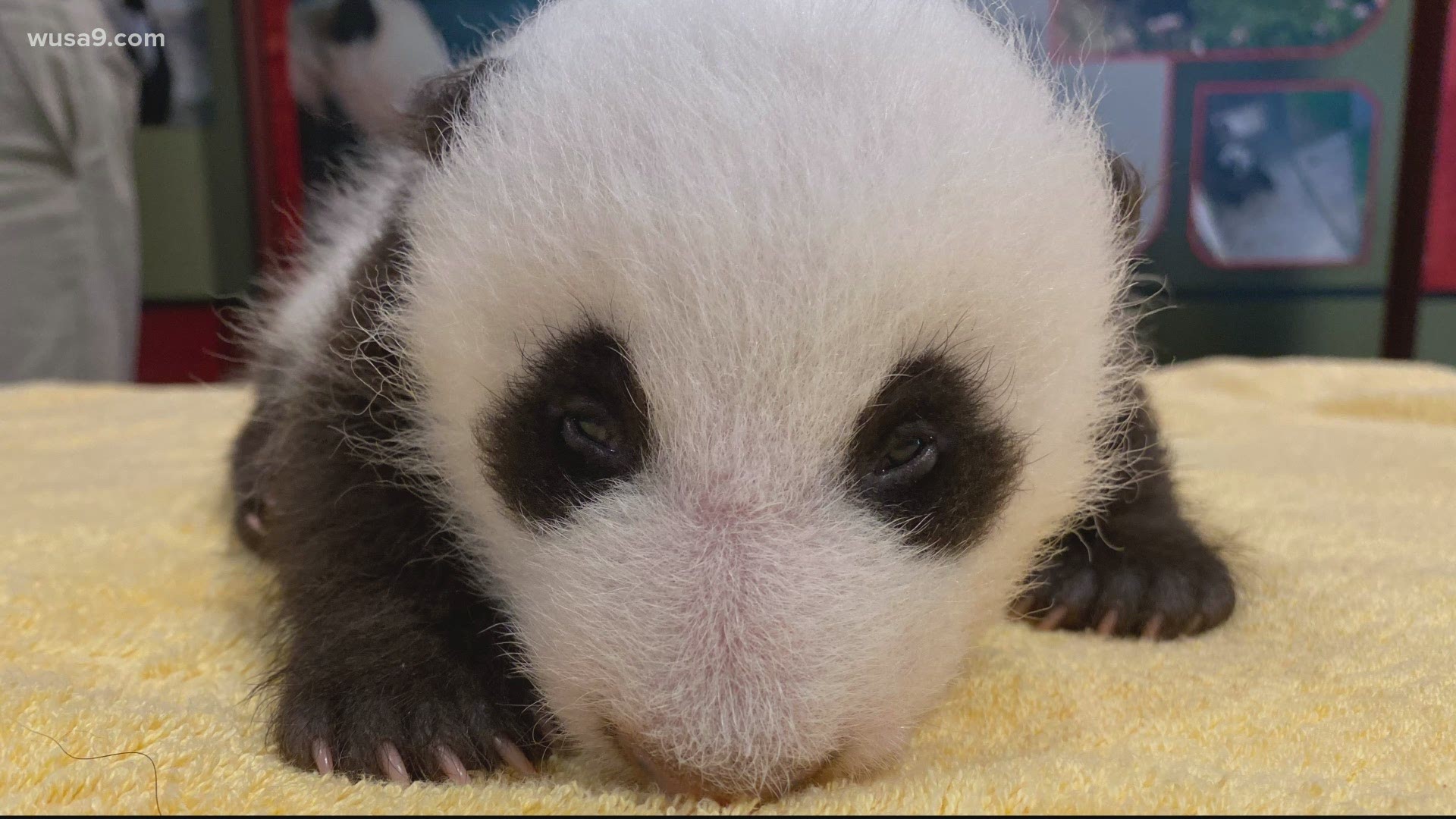 WASHINGTON — The Smithsonian National Zoo wants people to help with the naming of its Giant Panda cub that has been a spectacle for many to watch on the "panda cam" during the COVID-19 pandemic.

The National Zoo on Monday released a statement and the name choices that were picked alongside their partners in China who look to preserve the heritage of its national treasure, the Giant Panda.

The four possible names for the Giant Panda cub are:

National Zoo officials say that the panda cub excels at napping, nursing and cuddling with his mother, Mei Xiang.

Zoo officials said the cub is a bit of a miracle baby, given that Mei Xiang had less than a 1% chance of getting pregnant due to her age. She’s 22.

It’s reported that he’s growing into a feisty little character, hitting all his growth milestones. His eyes and ears are now open, and he’s begun to practice crawling under mom’s watchful eye. Liking what she sees, she has begun taking him on little trips outside their enclosure.

Barring any issues, he’ll be here in D.C. until he’s 4 years old, so there will be opportunities to pay him a visit in the future.  After that, per agreement, he’ll be moving to China.

To learn more about the Giant Panda naming initiative by the Smithsonian National Zoo, click here.