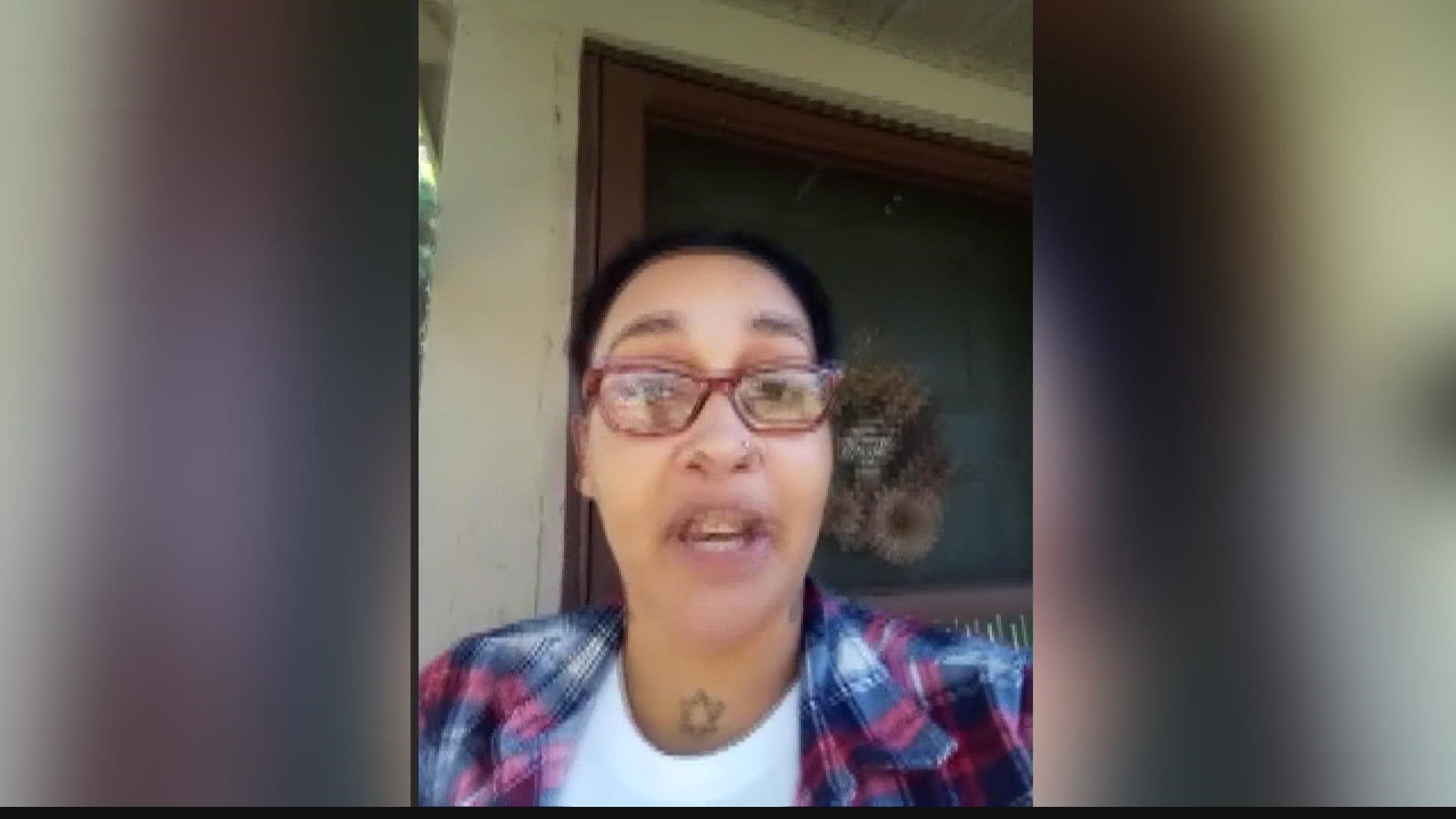 INDIANAPOLIS — The family of Jermaine Vaughn was shocked to see the video showing him being kicked by Sgt. Eric Huxley while handcuffed. They saw it Tuesday night on 13News. Now they said they want justice.

"It was very shocking for my mother to call me and say he was on the news and getting his face stomped in by a sergeant," said sister Whittney Malone.

They were shocked because, until Tuesday, they had no idea where he was. Malone lives in Richmond, Indiana. She said their family has been looking for Vaughn for two years.

"You never know what you're going to do or say until it happens to you or someone you love," Malone said.

She said before Vaughn developed paranoid schizophrenia, he was a good, hard-working man.

"He went to sleep and he woke up a different person. He had a breakdown. Mentally, he is like a 5 or 6-year-old, I think," Malone said.

RELATED: Federal investigation opened for use of force case against IMPD sergeant

She said he's been arrested several times for similar incidents. She finds it hard to understand why IMPD didn't see his history and try to help him.

"Shouldn't nobody be treated that way, whether he was competent or incompetent," Malone said.

"If you're being re-arrested for the exact same things, that right there should be a red flag. OK, we need someone to come with us to see if we can solve this so we can prevent this from happening another time," said Griffin.

13News reached out to IMPD about how they handle mental health calls. IMPD said they cannot speak on this situation, but their officers are trained in crisis intervention, which includes mental health training.

Malone hopes to come to her brother's next court appearance. Now that she's located him, she's promising to take a stand.

"They have went too far. This has hit home. I feel bad for people who have lost family members to police brutality, but this one is mine. I will not stop, I promise that," Malone said.