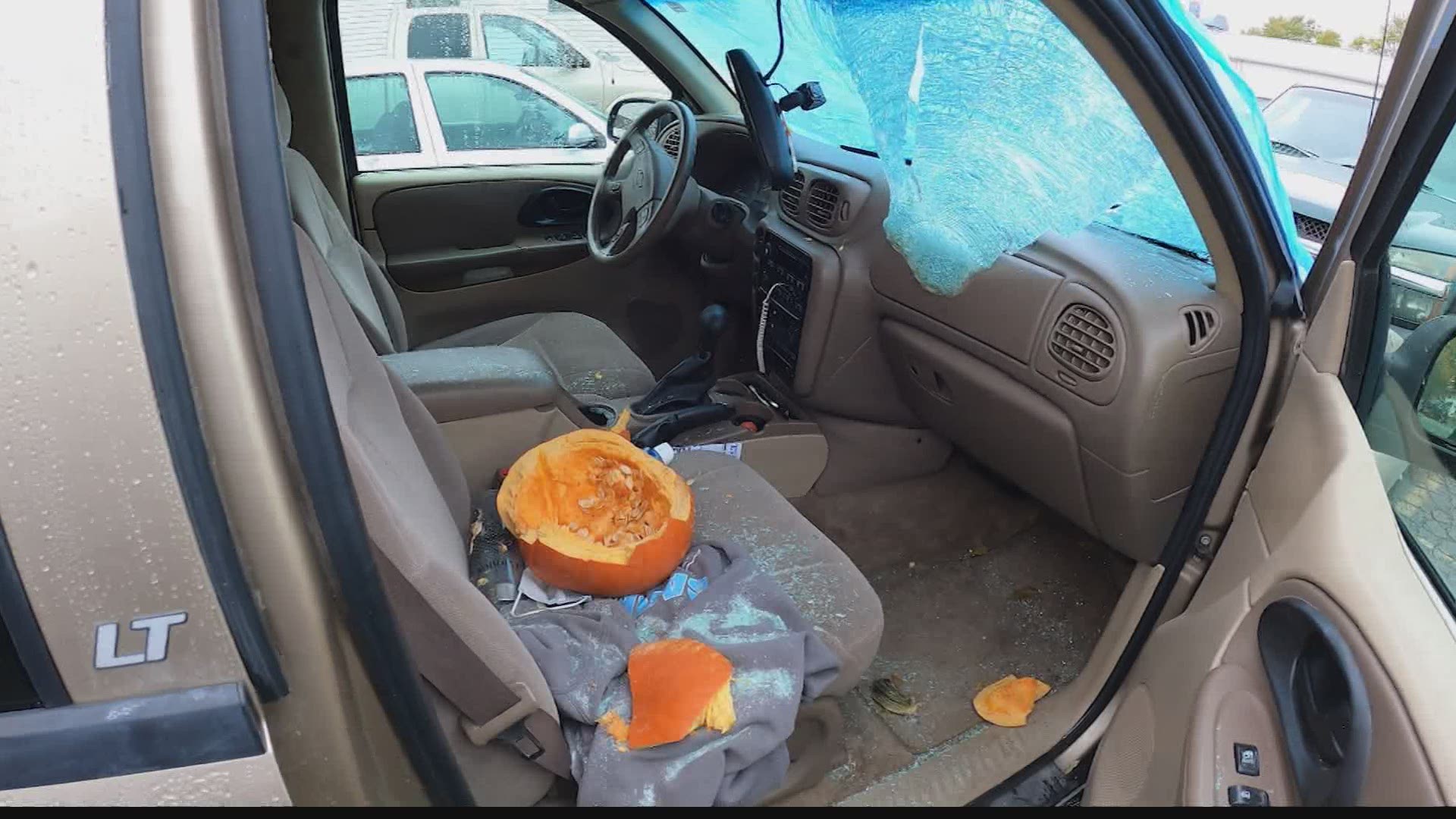 A pumpkin tossed from a highway over pass smashed through his windshield. Luckily 20-year-old Caleb Needham pulled over walked away unharmed.

"I did not see it coming it just flew through my windshield," Needham said.

At 4 a.m. Sunday he was cruising down I-70, heading home to Danville. He was traveling west and closing in on an overpass at 70 miles an hour.

A pumpkin hit his windshield, blew a basketball sized hole through the passenger side and landed in the empty passenger seat.

Needham pulled the SUV safely into the shoulder.

Needham said he believes if the pumpkin hit the driver's side, he could have been killed or seriously injured.

State police and the Hendricks County Sheriff's Department arrived at the scene. The deputy checked the overpass for clues. Unfortunately there were none.

However it appears as if Needham wasn't the only driver who had a pumpkin thrown at them that morning. Needham said a semi in front of him suddenly swerved. He spotted a mashed pumpkin on the pavement before his car was hit but didn't connect the two.

"I thought he was swerving to probably avoid an animal on the road or some debris on the road." Needham said.  "I didn't think anything of it."

Needham, a college student, is back on campus. He believes the culprits are worthy of forgiveness but need to understand the possible consequences of their behavior.

"Like how would you like it if one of your close friends or family members died from an act of nonsense?" he asked.  "I don't know about lucky but I think it was a miracle."

Needham walked away without even a scratch.