Schuyler Bradley, 19, was shot and killed in Alabama while planning to attend Saturday's Alabama-Georgia football game. 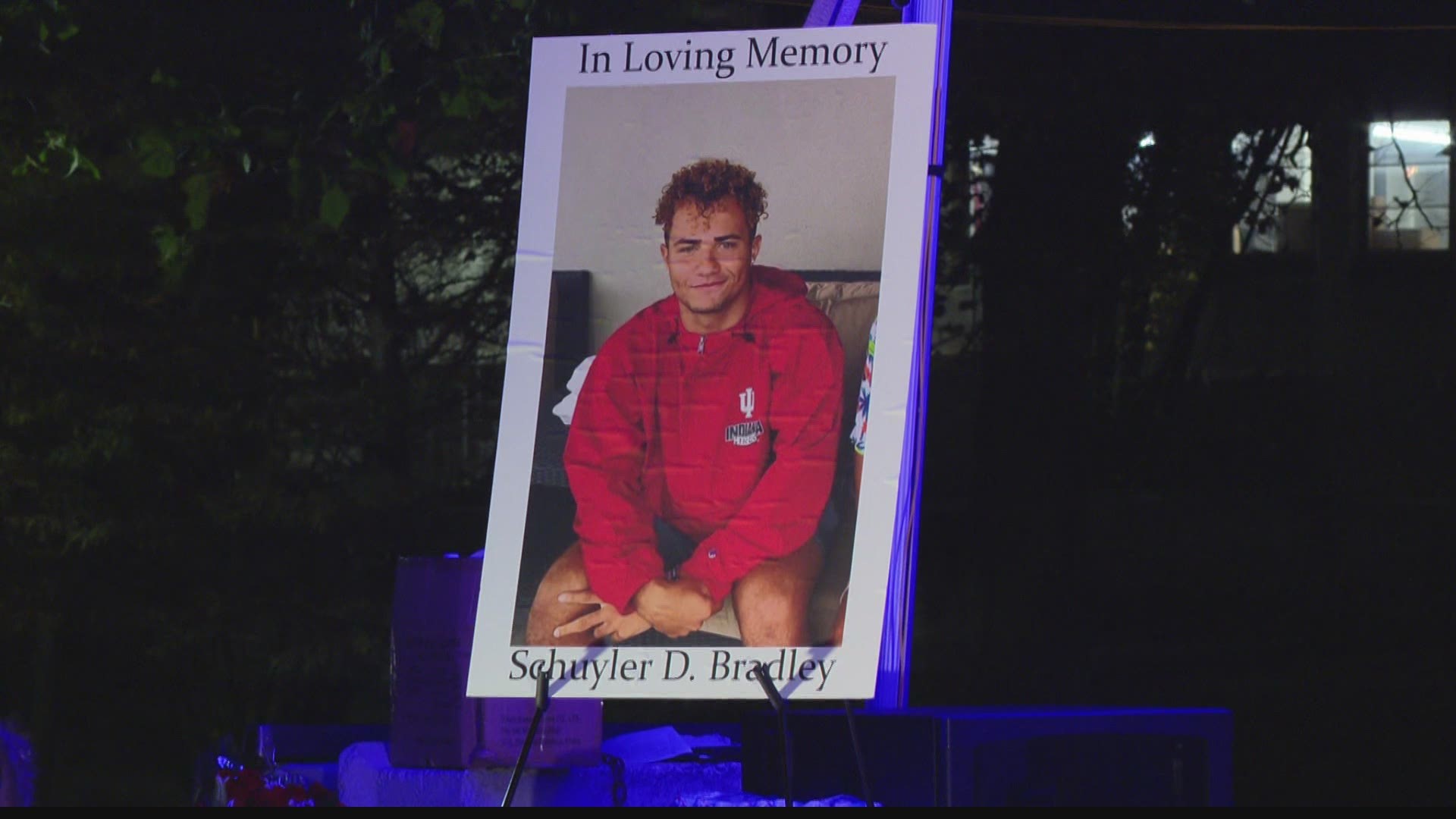 He was a Carmel High School graduate who played on the football team. He was also a member of IU’s Acacia Fraternity as a sophomore.

Police said he was shot and killed in Tuscaloosa after an argument that happened on “The Strip” near the University of Alabama. Friends and family said he was down there for the Alabama-Georgia football game.

On Sunday, hundreds gathered on IU’s campus to remember their classmate, friend and fraternity brother.

“Schuyler was such an amazing human, an amazing brother and an amazing son,” his fraternity president said.

Credit: WTHR/Lauren Kostiuk
People gather at Sunday's candlelight vigil for 19-year-old Schuyler Bradley, who was shot and killed over the weekend in Tuscaloosa, Alabama.

“I wouldn’t be who I am today if it wasn’t for him and his family,” said a childhood friend.

Bradley’s family traveled back from Alabama to be at the vigil Sunday.

“I know how much Schuyler loved this place. He loved Cathedral. He loved Carmel. He loved his family, and I want you guys to know he fought really hard for us,” said his oldest brother.

His mom, Daphne Groff, also got on stage to share her love for her son.

“My Schuyler, my green-eyed monster. My ride or die. It’s the first time in my life, I couldn’t save my baby," Groff said. “Now, he is up there in peace, throwing that football 75 yards, shooting that basketball, telling God he is cheating but that’s how he is going to live."

Credit: WTHR/Lauren Kostiuk
People gathered and spoke Sunday to remember 19-year-old Schuyler Bradley, who was shot and killed over the weekend in Tuscaloosa, Alabama.

A GoFundMe has been started for his family to help pay for medical and funeral expenses.

"Our primary thoughts are with the family and with his friends at IU after this terribly tragic circumstance. Student affairs staff has been in contact with the family as they navigate this difficult time. We’re providing counseling to his fellow fraternity members and encourage any other students who need assistance to contact Counseling and Psychological Services."