Indiana State Police say a Nineveh man was shot and killed Wednesday after he fired shots at officers during a pursuit. 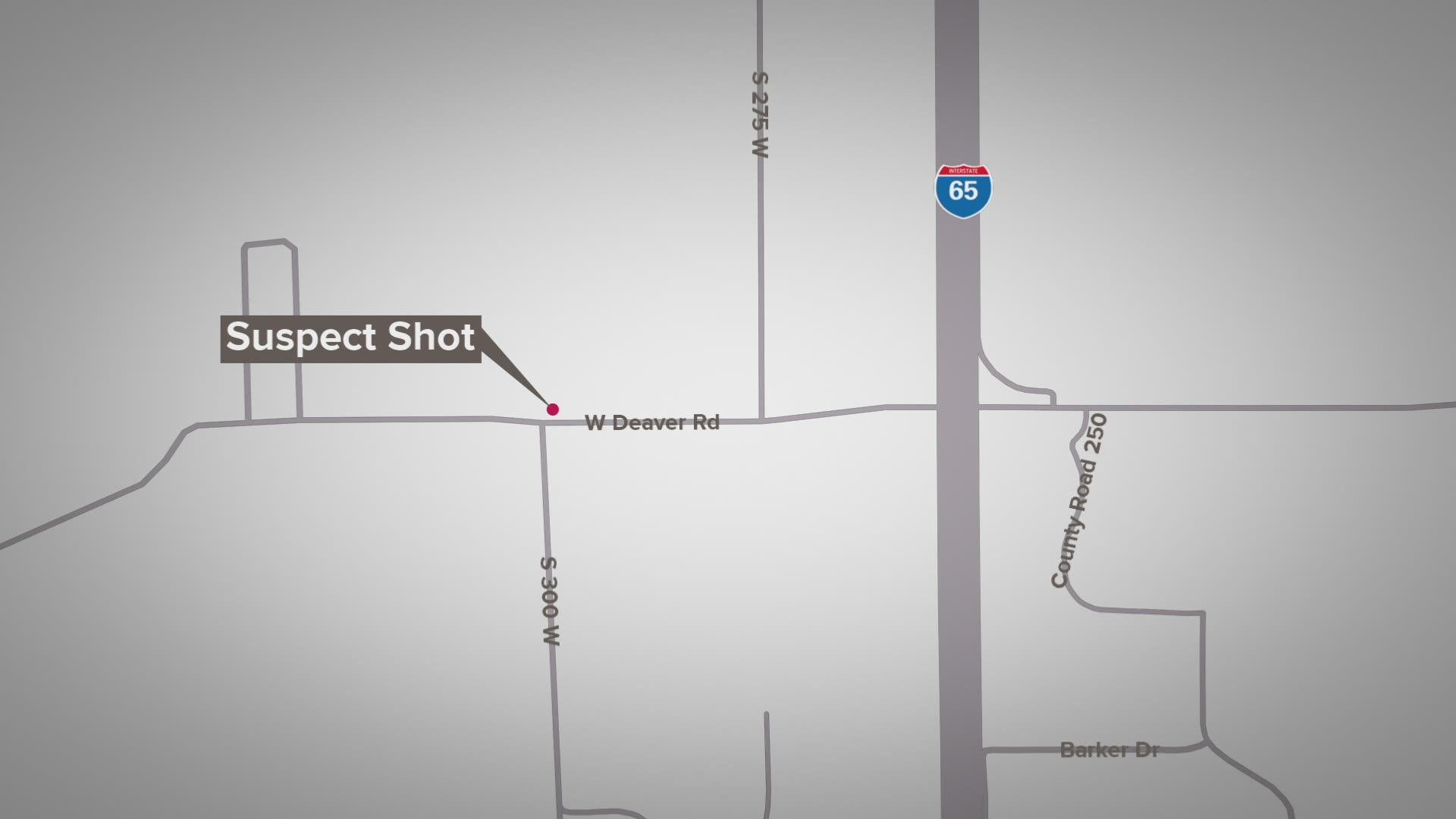 In a press release following a preliminary investigation, ISP said Brown County police alerted other departments about a despondent person who was possibly armed around 11:40 a.m. Wednesday. The alert described the man's truck and that he might intend to harm acquaintances.

The ISP report said a Columbus Police officer spotted the truck. But when he tried to stop it, Douglas refused to stop and fled from the officer, leading police from several departments on a pursuit.

ISP said Douglas drove "erratically and at high speeds and had successfully avoided tire deflation devices placed in an attempt to stop his truck."

After he struck a tire-deflating device south of Columbus on Bartholomew County Road 300 West and State Road 58, Douglas then "allegedly stopped in the roadway and fired approximately fifteen rounds from an AR-15 style rifle at pursuing officers. Officers then returned fire."

ISP said Douglas, 30, then drove into a cornfield near 300 West and Deaver Road, stopping his truck well off the roadway. Police surrounded the truck and waited for additional officers, including SWAT. Efforts were made to negotiate with Douglas.

About five hours into the standoff, around 530 p.m., "Douglas exited his vehicle and picked up a second AR-15 style rifle from a box in the rear of his truck. ISP SWAT team members then fired and struck Martin Douglas," the report said.

Douglas was pronounced dead at the scene. No officers were injured.

The ISP investigation is ongoing.