Buster is currently the top-ranked Great Pyrenees in the country. 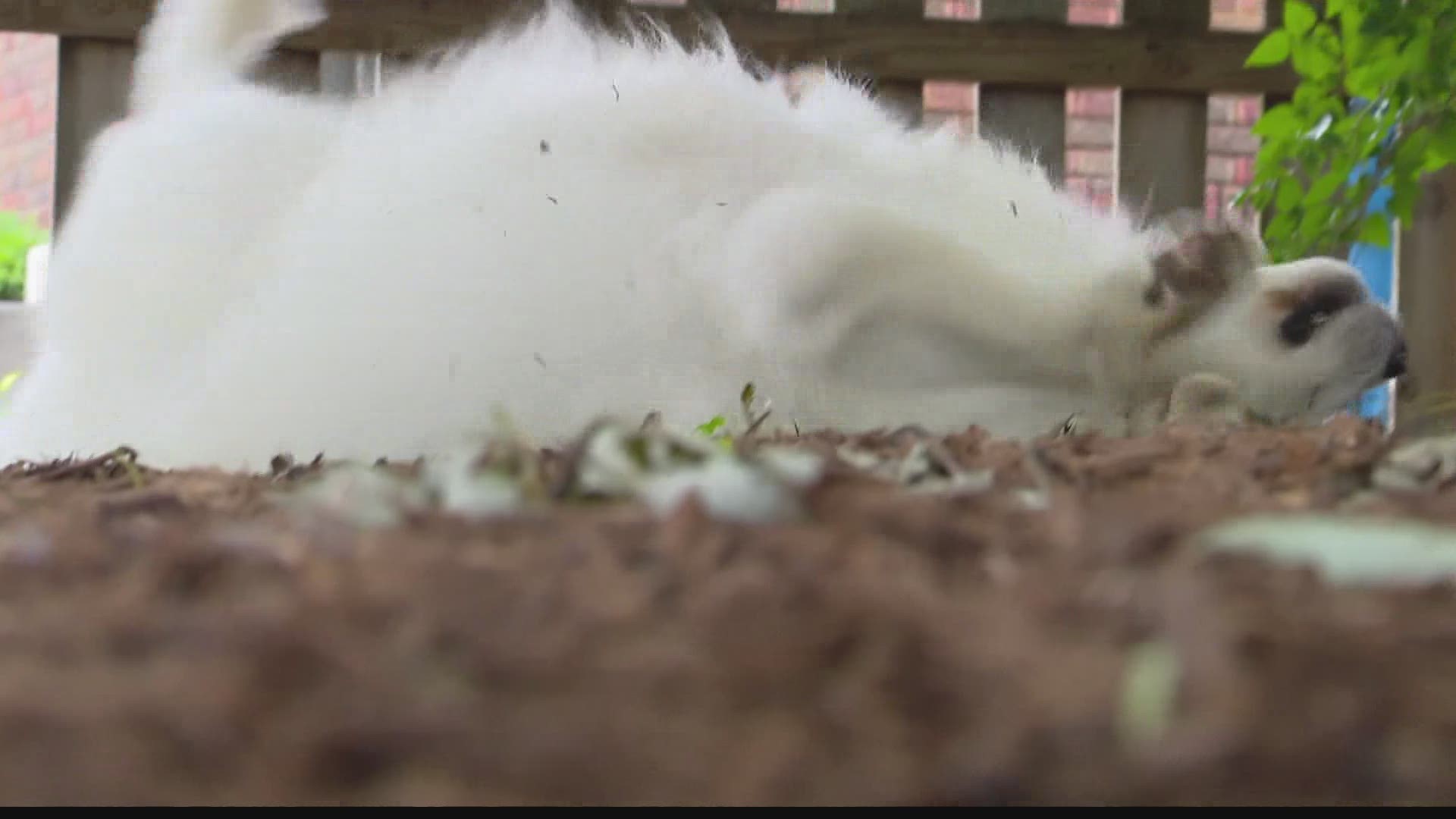 "Buster is the happiest dog in the world, and that shows," said owner Sheri Pflugh. "He is extraordinarily happy all the time."

This is the first time Sheri and her husband, David Pflugh, have owned a dog that has qualified for Westminster.

"It's the equivalent of the Olympic stage, if you will," Sheri said. "There's three of the biggest dog shows in the world, and this is one of them. Our first dog, in his first real showing year, is going. We're stunned."

Buster is currently the top-ranked Great Pyrenees in the country.

"I would say only a small percentage of pure-bred dogs actually get to this stage because they need the looks, they need to conform to the breed's standards and they have to have a personality," David said.

Buster has plenty of that, You can usually find him strutting Mass Ave in downtown Indy. He's also a favorite at local restaurants, who often whip up some special dishes for him.

His handler, David Daugherty, has worked with Buster for almost a year.

He's handled dogs for 20 years at Westminster dog shows, and he'll work with Buster this weekend.

"It's the one time you have to do your best, show the dog to their best and hope you have that chance to hold that winning lottery ticket at the end of the night because that's what everybody is there for," he said. "We all know there's only going to be one person [that wins], and we hope that it's going to be us, but at the end of the night, you're still not really disappointed because you got to compete in the Super Bowl."