Investigators say natural gas was flowing into a southern Indiana home at an increased rate for hours before it exploded early Sunday. 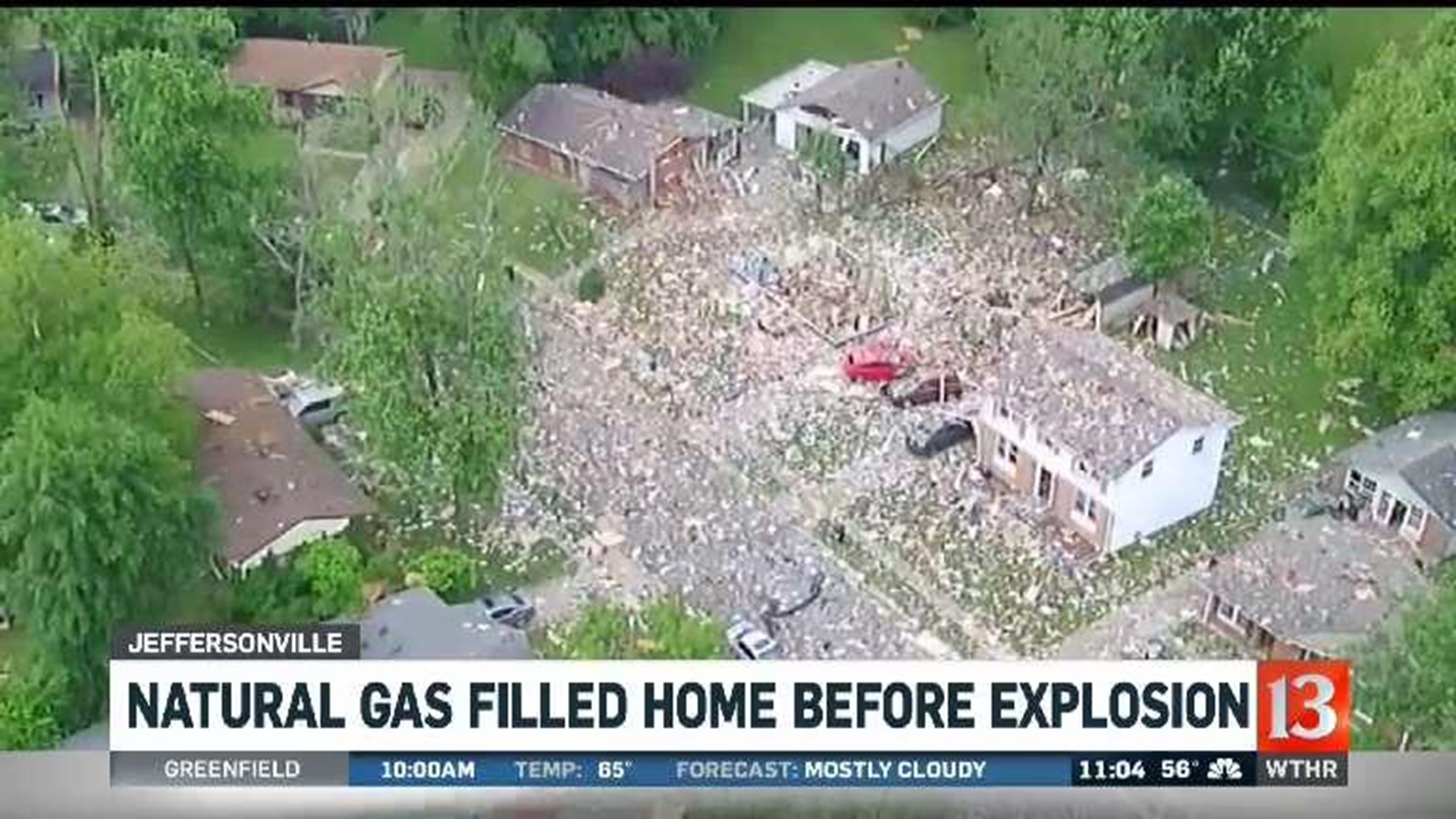 JEFFERSONVILLE, Ind. (WTHR) - Investigators say natural gas was flowing into a southern Indiana home at an increased rate for hours before it exploded early Sunday.

Fire and police investigators are still working to determine the cause of the explosion in Jeffersonville before 5 a.m. Sunday. They said in a release Tuesday the amount of natural gas entering the home on Assembly Road increased about 12 hours before the explosion and continued until the home was ignited.

Fifty-year-old William Phillips died in the explosion. Janet Phillips, 45, was also in the home when it exploded. She was taken to the hospital where she remains in critical condition.

Two neighbors suffered non-life-threatening injuries in the explosion, which damaged more than a dozen homes.

Investigators are working with Vectren to determine what caused the increase in natural gas to the home and what ignited the gas Sunday morning. Vectren officials said in a statement the source of the increased gas flow was inside the home, not in a pipeline or other infrastructure owned by the utility.

The investigation is ongoing, but investigators have not found an indication so far of criminal intent or foul play.