IMPD has now released the name of the officer involved in the deadly shooting of Dreasjon Reed. 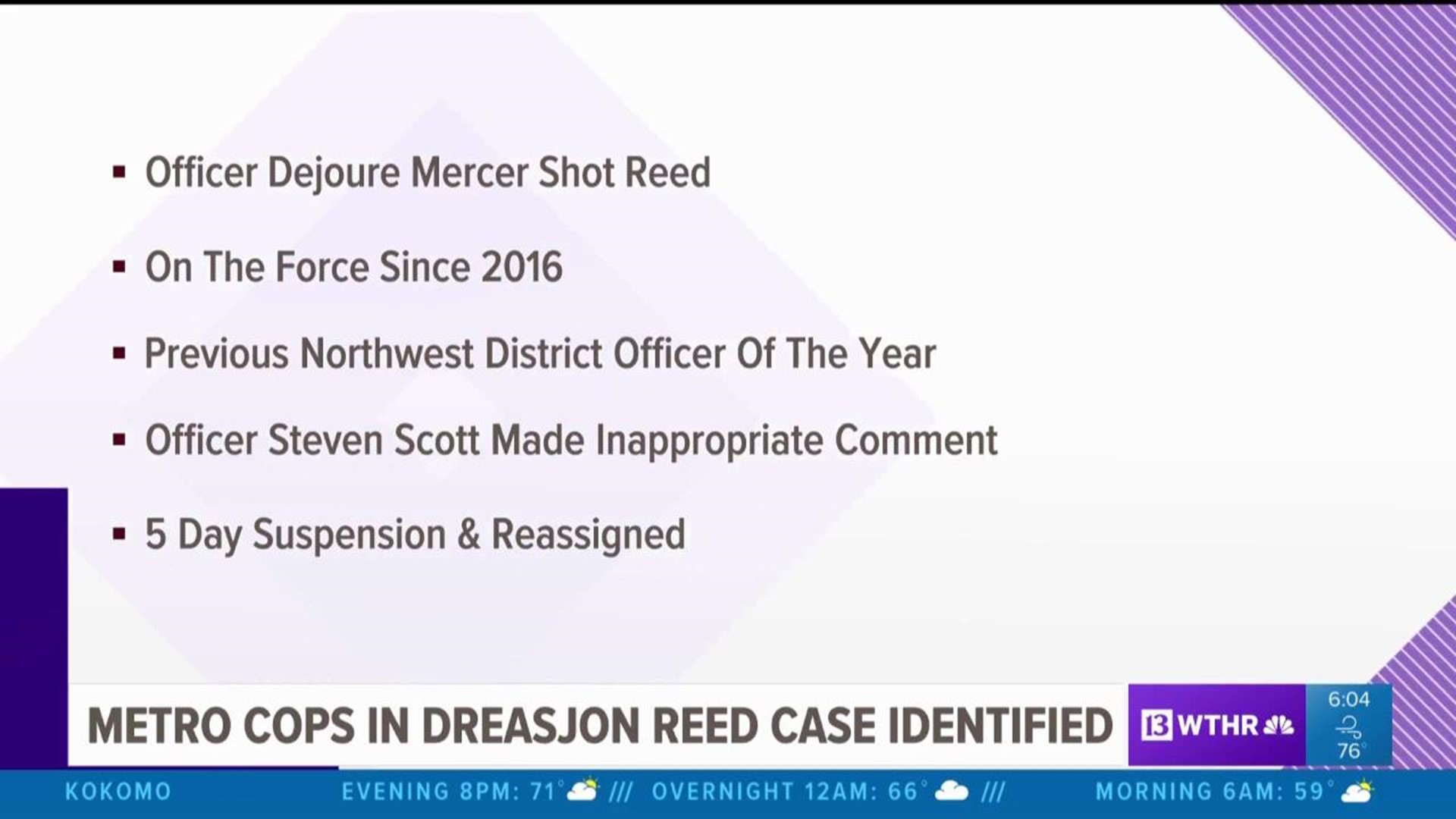 INDIANAPOLIS (WTHR) — IMPD has now released information on the officer involved in the deadly shooting of Dreasjon Reed and the officer that made an insensitive comment after the shooting.

The officer who shot Reed has been identified as Dejoure Mercer. He has been with the department since 2016. He has no disciplinary issues in his file and three awards including Northwest District Officer of the Year.

Steven Scott is the officer that made the inappropriate comment and has been disciplined. He received a 5-day suspension without pay and has been reassigned in his duties.

He only had one other disciplinary issue from 2015 that involved off-duty employment. He has been with the department for 15 years.

On May 6, Reed streamed part of a police chase he was involved in with IMPD. Reed ended up stopping the car at 62nd and Michigan on the city's northwest side.

He then encountered an officer and was shot and killed while streaming on Facebook Live.

In the video, at least 12 to 15 gunshots can be heard before someone says “police action shooting.”

“The magazines of both guns show bullets had been fired,” he said. “It appears the gun found near the individual was fired at least twice.”

The officer involved in the altercation, who is black, is on administrative leave. That is standard procedure during the investigation.

The Marion Superior Court has appointed Rosemary Khoury of Madison County to serve as the special prosecutor.