Hoosier boy gets 2nd chance at life after liver transplant

Eli Otero developed a genetic disease called Alagille syndrome. He got a new liver and is now able to be a kid again. 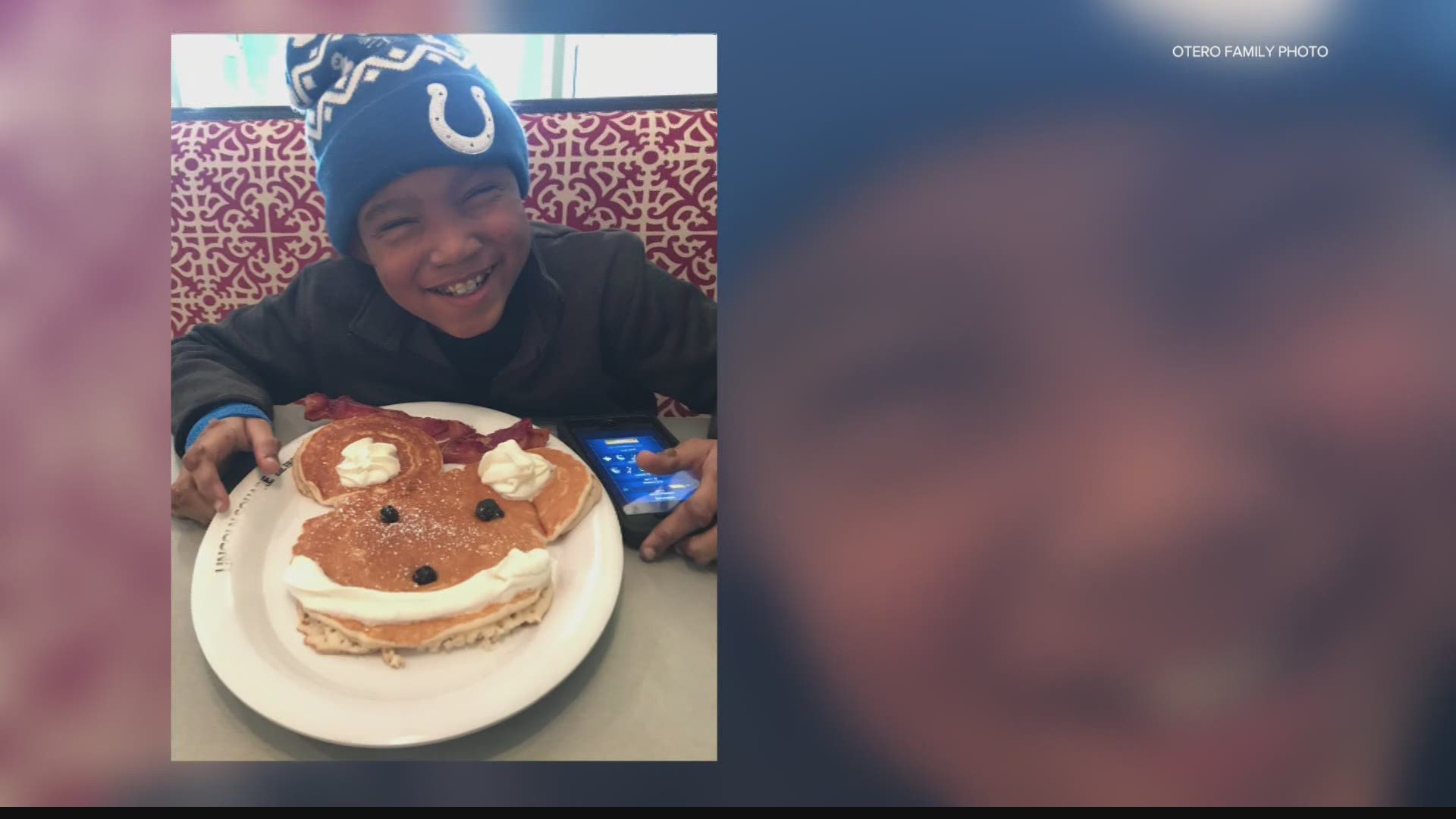 HOBART, Ind. — Eli Otero is a healthy 12-year-old boy, full of smiles, who loves learning how to play basketball.

"[I'm] medium. I'm getting there," he said as he sat next to his parents and two sisters in their Hobart home.

His life started out with challenges. At 3 months old, his mother knew something was wrong.

She said her health care background helped her notice those signs, so she immediately called the doctor.

"They transferred us to Riley Children's Hospital, and they said, "Thank goodness you caught it in time," Joynicesa said.

Credit: Otero family
At a young age, Eli Otero developed "Alagille syndrome" — a genetic disease that can affect the liver and other parts of the body.

Eli developed something called "Alagille syndrome" — a genetic disease that can affect the liver and other parts of the body. Bile builds up inside the liver, which causes liver scarring and damage, so he needed a transplant.

The family would end up driving about two hours from Hobart to Indianapolis to Riley Hospital for Children multiple times a week to see different doctors for Eli's treatment.

"Eli had really bad itching, which occurs when bile flow is poor and bile salts accumulate in the blood. There is this unexplained overall itching that is very miserable," said Dr. Jean Molleston, one of Eli's doctors.

Eli developed cholesterol deposits on his skin and had abnormalities on his face. His ears and hands were also disfigured. Molleston said that affected his ability to do things with his fingers, such as writing.

"We tried lots of medicines, and finally, we had an opportunity to offer him a research drug," Molleston said.

That drug helped considerably. Then, the day everyone had been waiting for finally arrived: Eli was getting a new liver.

Credit: Otero family
After getting a new liver, Eli Otero said he's ready to be a kid again.

"I ran in the hallway [at school]," Eli said when he heard the news.

"He started screaming and jumping up and down." He was excited. His friends were hugging him. The teachers were crying," Joynicesa said.

"That liver just ignited his body, and it's doing wonderful things for him," said Eli Otero Sr. "I can't explain the feeling as a parent, just the sense of relief and hope and all of your prayers answered."

"I really admire Eli because before he was transplanted, he had physical changes that were obvious to other children, and his mom and dad and I worried about that a lot," Molleston said.

Today, Eli is a new person. He said he wants to play football, but doctors say it's too risky right now for Eli to play contact sports. However, he's still looking forward to that day. Until then, he is thanking health care workers at Riley Hospital for Children for a chance at a new life.

"Thank you for everything and for making me a better person and making me have a second life and to keep on trying to give me a life and live with another liver," Eli said.

Since Eli got his liver transplant, he's gained 25 pounds, and most importantly, he's able to be a kid again.

RELATED: Man hiking across Indiana to raise money for Riley in honor of his father