Visit a gem in Indiana that will take you to limestone creeks, into dark and narrow spaces, and even 86 feet above ground! 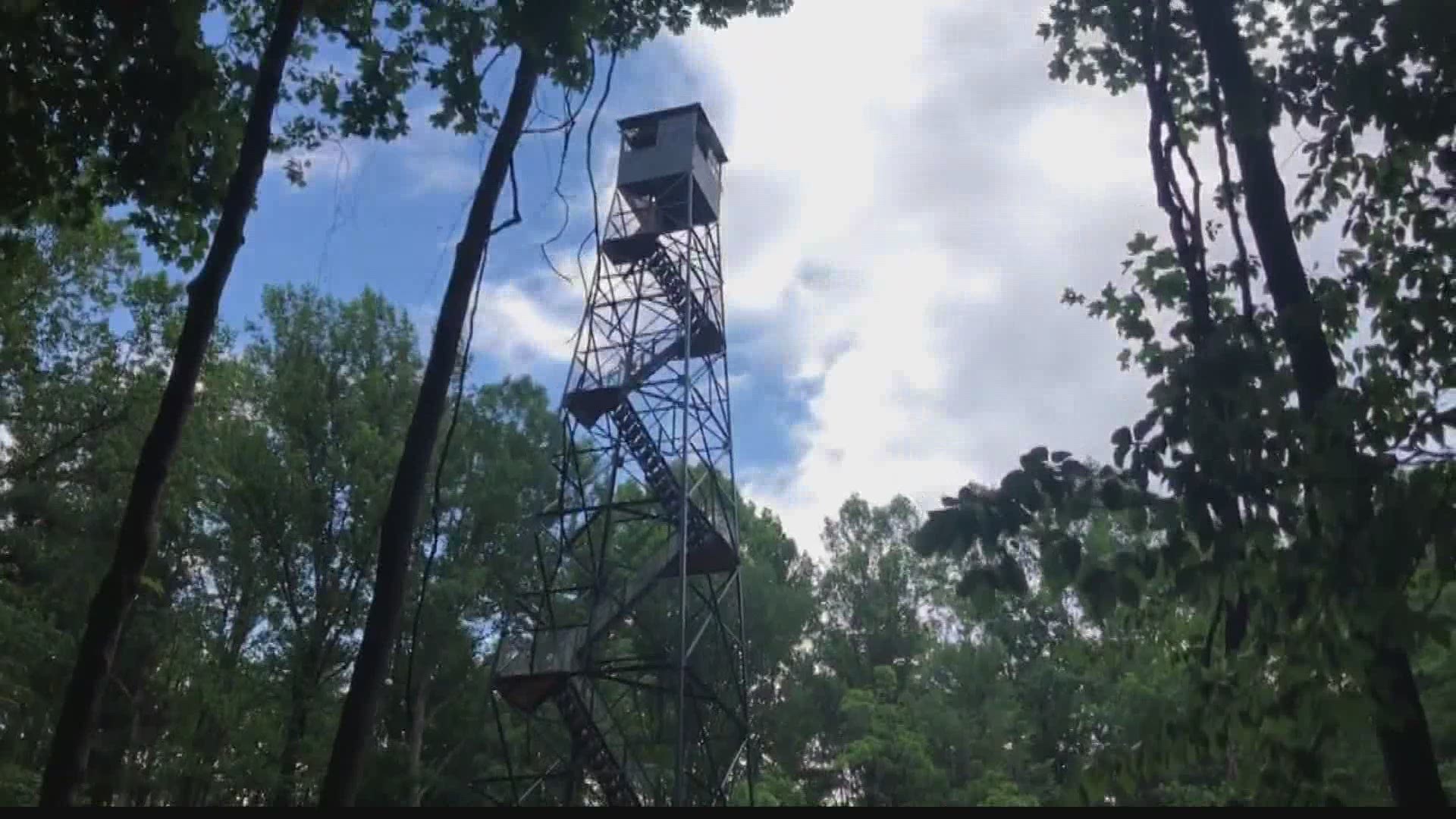 INDIANAPOLIS — Some days, we just want to get away from it all — to step away from the hustle and bustle of the day, to step into a tranquil trail with tree tops as far up as you can see, to stop and listen to the cadence of a cascading waterfall.

With almost 2,000 acres of land, you can explore the many incredible features this state park has to offer.

“My favorite trail is [number] three. It goes down to the waterfall. It's not a long hike, but it's, it's beautiful. Once you get down there, it goes down into the canyon," said Ginger Galloway, gate attendant at McCormick Creek State Park.

While the waterfalls are wonderful, there is another cool attraction of McCormick's Creek, but it's not for everyone — especially if you have a fear of confined spaces — and that is Wolf Cave.

"The cave is very small. You can go in, you can walk into it, obviously, but it's extremely narrow," Galloway said. "You would really have to crawl through it if you want to go all the way through."

This cave is creepy, but it's awesome. It's narrow, it's wet, it's windy, but it's also advised that if you're claustrophobic, don't even go through it.

"But the good thing is that, you know, people will just walk up if they want to go into a cave. We do have them”, Galloway said.

So why is this called wolf cave? Well, legend has it that back in the mid-1800s, early settler Nancy Patton was walking past this cave entrance when a bunch of wolves emerged from the cages and started chasing her, so she threw her bonnet and her gloves at them to distract them. Thankfully, she made it home safely.

There is so much rich history on the grounds of McCormick's Creek, including the fire tower. Fire towers were used across Indiana from the early 1930s through the early 1970s to spot smoke plumes, especially when the fire risk was high.

This 86-feet-tall fire tower hasn't been used for over three decades because it was deemed unsafe to the public, but it was recently refurbished at the end of 2019. It’s now open to the public, and you can enjoy a full 360-degree view of Owen County.

Take a break from the daily routine, and take in the magnificent scenery of Indiana's first state park.

McCormick's Creek also has some cool events you may want to attend, including learning how to navigate with the help of a compass and the sun. Click here for more information on the state park.