IU Health nurse: 'Heartbreaking' FedEx victims never had a chance to be saved

Jennifer Burchett has seen a lot as a nurse, but the events of April 15 will likely stay with her for a while. 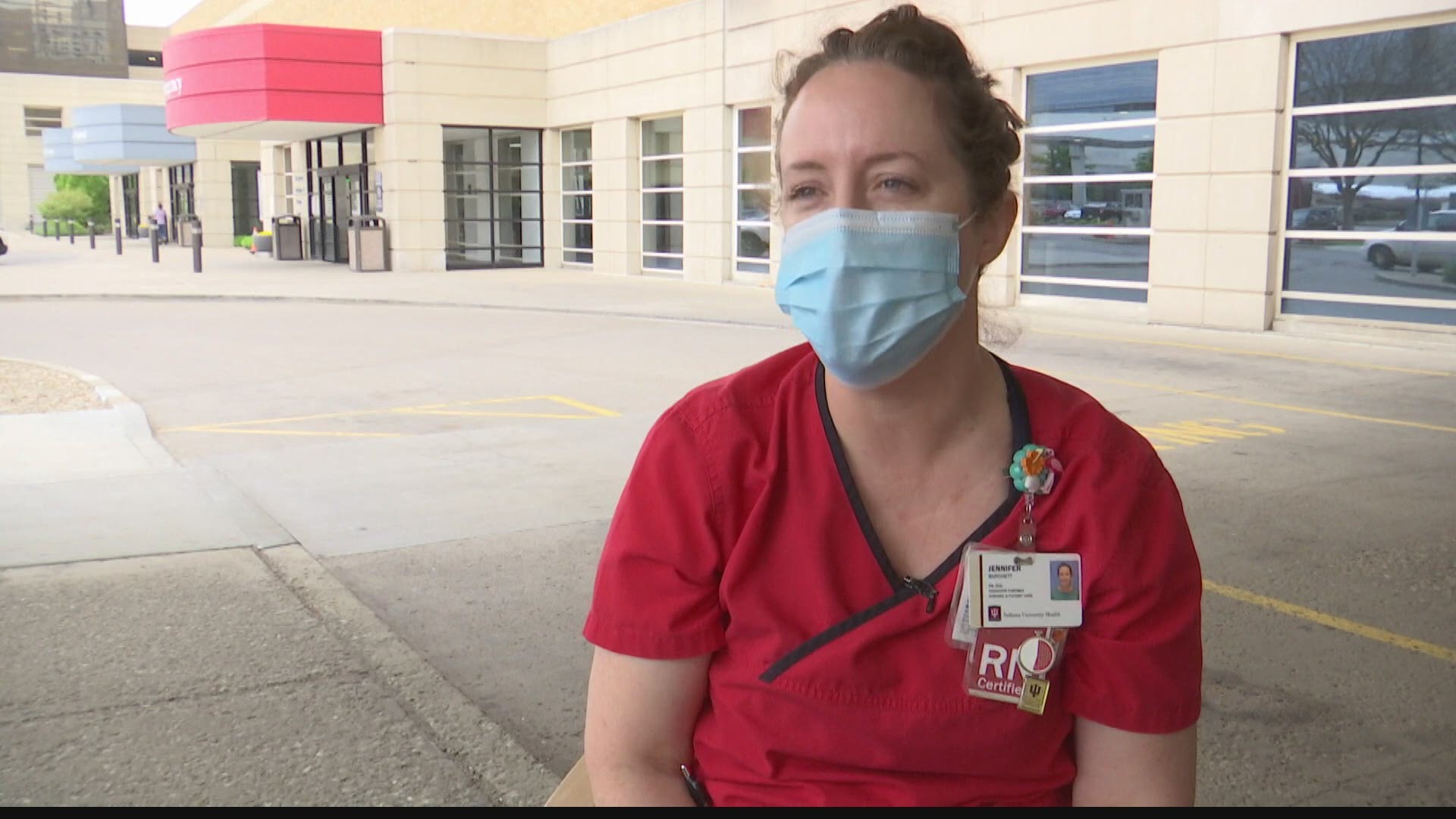 INDIANAPOLIS — The impact of the April 15 mass shooting at the FedEx facility was felt across the community. Family, friends, first responders, and even people unconnected.

As a nurse, Jennifer Burchett has seen a lot, but the events of that night will likely stick with her for a while.

Burchett says she wasn’t even supposed to be working that night at Methodist Hospital, but volunteered because they were short-staffed.

In a matter of hours, tragedy struck on the other side of the city.

“We received a phone call from one of our EMS colleagues, giving us a heads up there had been an incident,” said Burchett. “This was at FedEx. This was at FedEx ground and it was a mass shooting.”

They were told multiple people were shot and patients were en route.

“We want to make sure we’re ready, our rooms are ready and to try to anticipate what might be,” said Burchett.

She says they initially received two patients, but after that - nothing. It wasn’t hectic or unmanageable, and Burchett says that was a hard realization.

“I think the uneasiness was not knowing were there going to be more, and then when we found out there weren’t, that was really heartbreaking, that so many people had lost their lives and we didn’t have a chance to help them,” said Burchett. “Because you were ready. You were ready to throw everything at saving lives and to not have that chance. It’s still sad. It’s still sad to think about.”

Eight lives were taken that night. Both of the two victims that came to Methodist survived and have been discharged.

The focus now is on caring for each other.

Dr. Jennifer Hartwell, a trauma surgeon, says it’s not just the headline-grabbing incidents, but overall, there is an unsettling increase in gun violence.

“It’s definitely worse and locally, our data reveals that we have an increase in the number of patients that have penetrating injuries, gunshot wounds and stab wounds. In fact, our numbers have almost doubled at our facility in the last year or two,” said Hartwell.

Hartwell says their doctors have to confront injuries from guns nearly every day. It is taxing.

“It’s scary and it’s overwhelming,” said Hartwell. “I know that physically we can do it, but I would be lying if there weren’t nights that I came out of the operating room, changed my scrubs, talked to the family and came back to the office and cried.”

If there is anyone who wants to see an end to this violent loss of life, it’s the people who save them. Unfortunately, they know an end isn’t near.

“I don’t think this is the last one and we have to be ready to both here at work and in our heads for what’s going to happen next,” said Burchett.