Until about two years ago, Charo Boyd’s family never knew a section of land belonged to them. 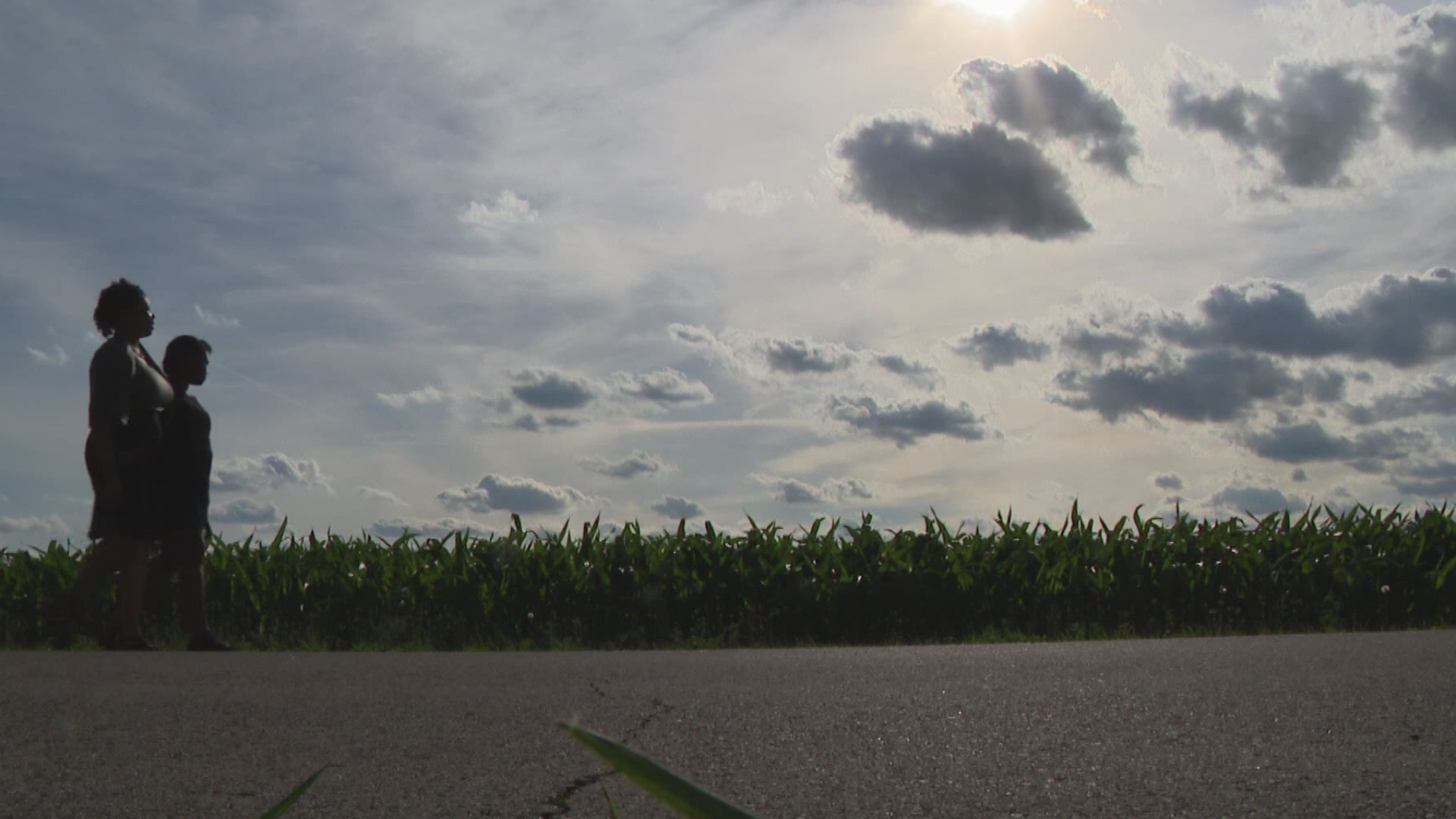 GRANT COUNTY, Ind. — With the purchase of land at the corner of county roads 300 West and 600 South in Grant County, Charo Boyd and her family have reclaimed a part of their legacy.

“Honor is what I feel to be able to stand here,” said Boyd, as she looked out over the rows of corn on 1.75 acres of land.

Until about two years ago, Boyd’s family never knew the land belonged to them.

“My ancestors and my family and my lineage, there’s not many of us that own land out here, and so for us to have our land out here, it’s pretty amazing,” said Boyd.

In the 1800s, the land was part of Weaver, a settlement that was home to free and formerly enslaved people.

“It was a Black abolitionist settlement. Frederick Douglass and Sorjourner Truth came and spoke on this land,” said Boyd. Boyd’s ancestors, Martha Weaver and Joseph Pettiford, who married and were some of Weaver’s first settlers, were there to hear their words.

“Grateful is what I feel to be able to stand here,” said Boyd.

“When you think about the Weaver settlement, it’s a lot of land and we had a lot of family and so some of the families sold their land and other family didn’t,” Boyd said, adding her branch of the family never did.

For the past 40 years, most of the land was owned by a farming company who decided to sell the land in 2019, but discovered they didn’t have a title for part of it - the part Boyd says her great-grandfather Carlos Pettiford owned.

Boyd said the farming company owned the land around Carlos Pettiford’s parcel and had been tending and paying taxes on all of it for decades.

When they decided to sell it, the company had to see if anyone would claim the parcel for which they didn’t have title.

“You had to advertise in the newspaper for anyone that would have a claim or stake in the land,” Boyd explained.

Relatives who still live in Grant County saw the ad in the local paper and believed the land rightfully belonged to them. Several lawyers advised the family the farm could have a claim to the land through a law called "adverse possession."

Rather than fight the case in court, where they might not get a ruling in their favor, the family asked the farming company if they wanted to give the land back to the family.

“They were going to offer a $500  donation to the public library in our name,” said Boyd.

Instead, the family formed a trust with the intention of buying the land. They raised the money among family members, churches and community partners.

“Every ten dollars, every little bit of it, all added up to get us where we needed to be able to do what we did,” said Boyd.

“It was worth every penny. Every penny, every dollar. It was worth it to say that this is our land now,” said Boyd.

Members of the family agree.

“We needed to get it back because they don’t make any more land. You only get so much land,” said Carlos Pettiford. “We want this land for a legacy for the family."

“This was a swampy area when they moved in. So they tilled the land and got rid of the swamp and made it viable and made it a good community,” said Otis Dodson. “And my family was part of that."

Just down the street is the final resting place of Martha and Joseph Pettiford, the two people who started it all. Their descendants are now gathered on a piece of land that, for them, feels like coming home, because it is.

“I pray they would say ’Well done,’" said Boyd of her ancestors.