Downtown awaiting return of office workers to bring business back

It's hoped with the easing of COVID-19 restrictions, more people will patronize downtown restaurants, bars and other attractions. 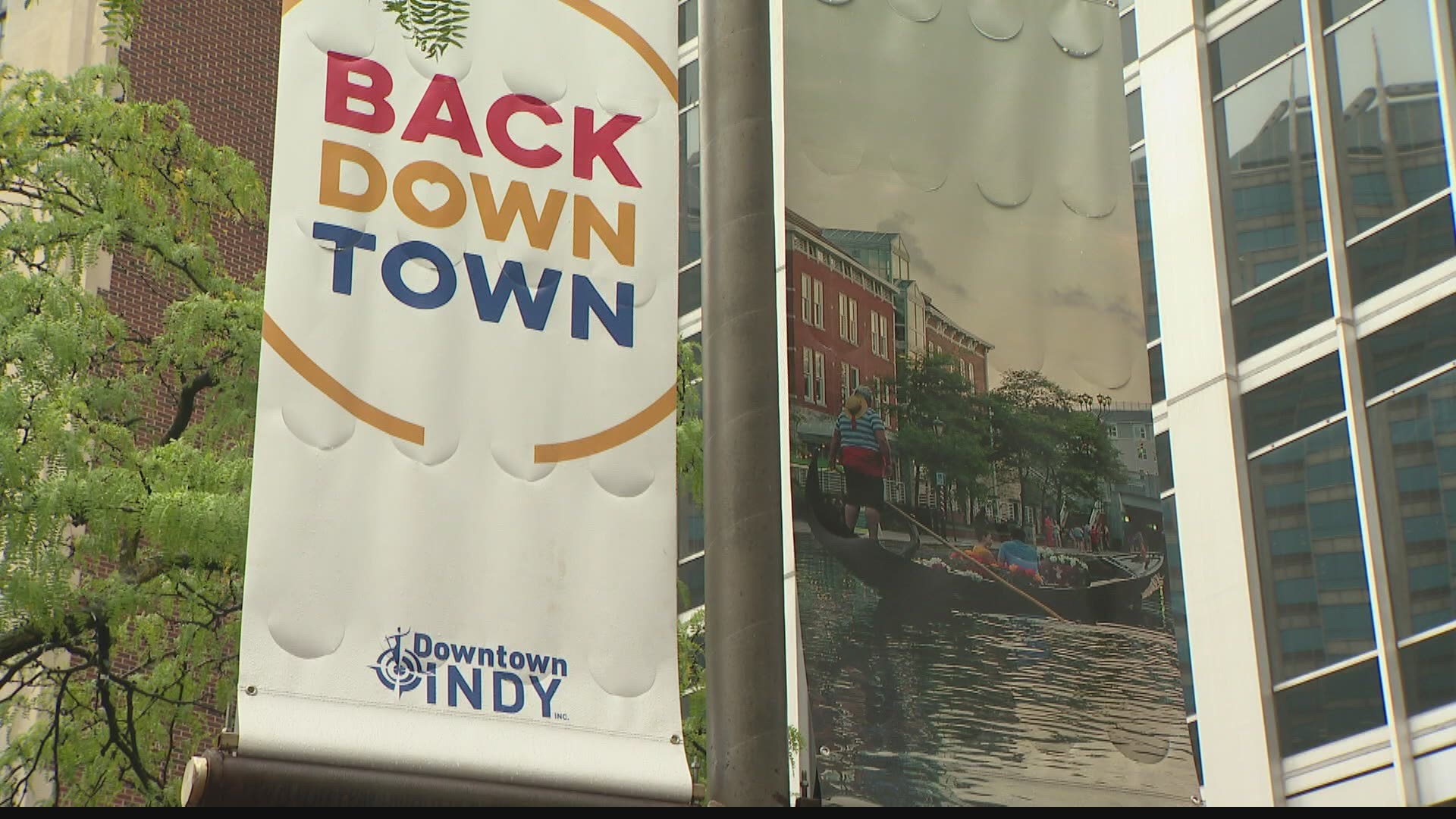 INDIANAPOLIS — Downtown Indy is working hard to get people back downtown.

It's hired street ambassadors, added to its foot and bike patrols and sponsored events like Saturday's Groovin' Back Downtown at White River State Park.

It's also hoped with the easing of COVID-19 restrictions, more people will patronize downtown restaurants, bars and other attractions.

But Ross Katz, who owns Rooster's Kitchen on Massachusetts Avenue, said it's going to take more than that.

Katz said before the COVID-19 pandemic, the majority of his lunch business was downtown office workers, people who began working from home back in March and haven't returned to the office since then.

Katz said his lunch business is down 50 to 60 percent.

"We're seeing a big drop in corporate lunches too, so we're not seeing as many people busting out the corporate expense card," Katz said, adding that office catering and group or team lunches are non-existent now.

"When the offices reopen, it will be great for us," Katz said. "It will give lunch a great shot in the arm. We're hoping it's soon."

But indications are it could be several months and likely much longer.

Downtown Indy's Bob Schultz said, "What we're hearing is employers are waiting for a vaccine to get people back."

And he said that's concerning when you consider the numbers of workers back in the office now.

"It's 20 percent at best; that's four out of five people not visiting downtown on a daily basis," Katz said.

Retail stores have felt the pinch as well.

"It's been pretty hard. I just take it day-by-day," said Tony Cento, who owns Cento Shoes, a shoe repair shop on South Meridian.

"I've been lucky with those who do come in," Cento said. "They pile up a bag and bring in more than one pair, and the first thing they is, 'Sorry, I used to work downtown and now I don't. I feel bad,' and I say, 'No, I totally understand."

Frank Hancock, who owns Sport Graphics on South Street, said, "We're six months later and kids are in school, we're going out for dinner [with limited attendance] at Colts games.... but not during the week, and it's really starving downtown."

Hancock's company made 260 "Back Downtown" banners, now seen on Monument Circle and the surrounding blocks at no charge to Downtown Indy.

"Some some of our larger employers who've supported and helped build the city, they in turn have been supported by the businesses and expanded theirs, and they've got to re-engage while we're still a good city to engage with," Hancock said.

"We're not saying everything needs to go all the way back to normal, but what about a measured response," Schultz said. "What if we start with 20-to-40 percent of the workforce or stagger people back in the office?"

13News reached out to several companies, all of which said they were taking a cautious approach, none predicting when workers might be back or how that might look when it happens.