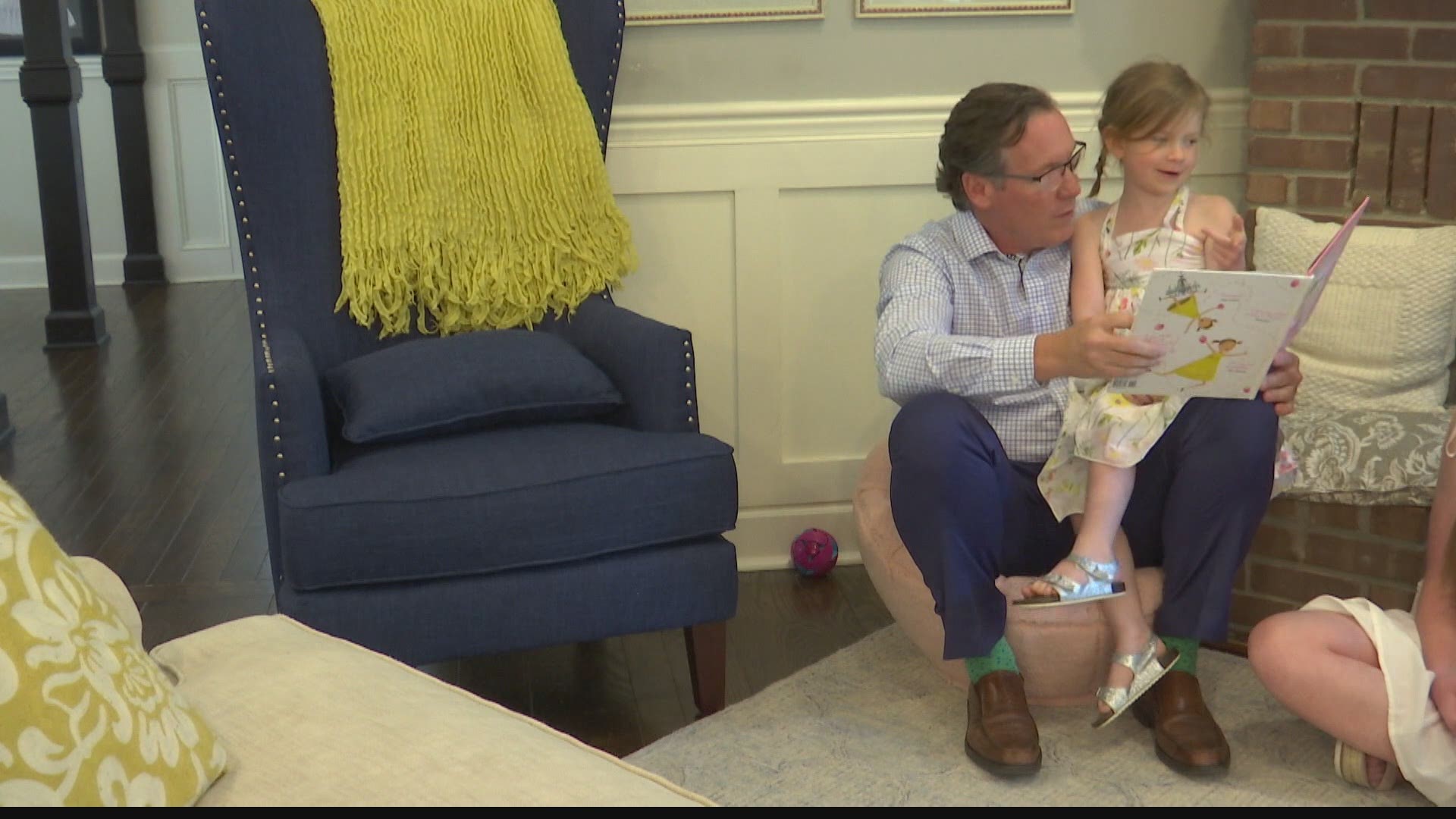 CARMEL, Ind. — As the parents of four daughters, Matt and Erin Uber have just about seen it all.

Because they certainly could not have fathomed what happened to their youngest daughter earlier this year.

Matt was home playing with Vera when she hit the floor.

“We were running around and around and she was chasing and giggling and laughing and all of a sudden, she wasn’t,” Matt said.

As a parent, there is not much that can prepare you for that moment. Matt says it was all instinct, knowing he had to do something.

“I had no idea what was going on and then I just started a spastic, panicked version of CPR,” he said.

Matt is not CPR trained - at least not officially. It was a TV episode that entered his mind.

“One of the things that did run through my mind was the episode of 'The Office' where they used 'Staying Alive' as the rhythm and beat of the compressions,” said Matt.

He continued compressions until the paramedics arrived. It likely saved Vera’s life.

At 4 years old, she had gone into cardiac arrest caused by a very rare genetic mutation.

Doctors at Riley Hospital for Children diagnosed her with calmodulinopathy, a life-threatening arrhythmia syndrome.

“Even international, there may be 75-80 cases that are similar to hers,” Erin said.

Vera now has defibrillator implant. Her family always has an AED nearby. But she’s here.

“Surreal and miracle are two of the defining words through our experience with this,” Erin said.

Matt and Erin are now advocating for others to learn CPR. And not from a TV show, but real training. It can save lives.

“If you’re a witness to an event like that and you don’t have the tools and the training... I got a glimpse of that and it was horrifying,” Matt said.