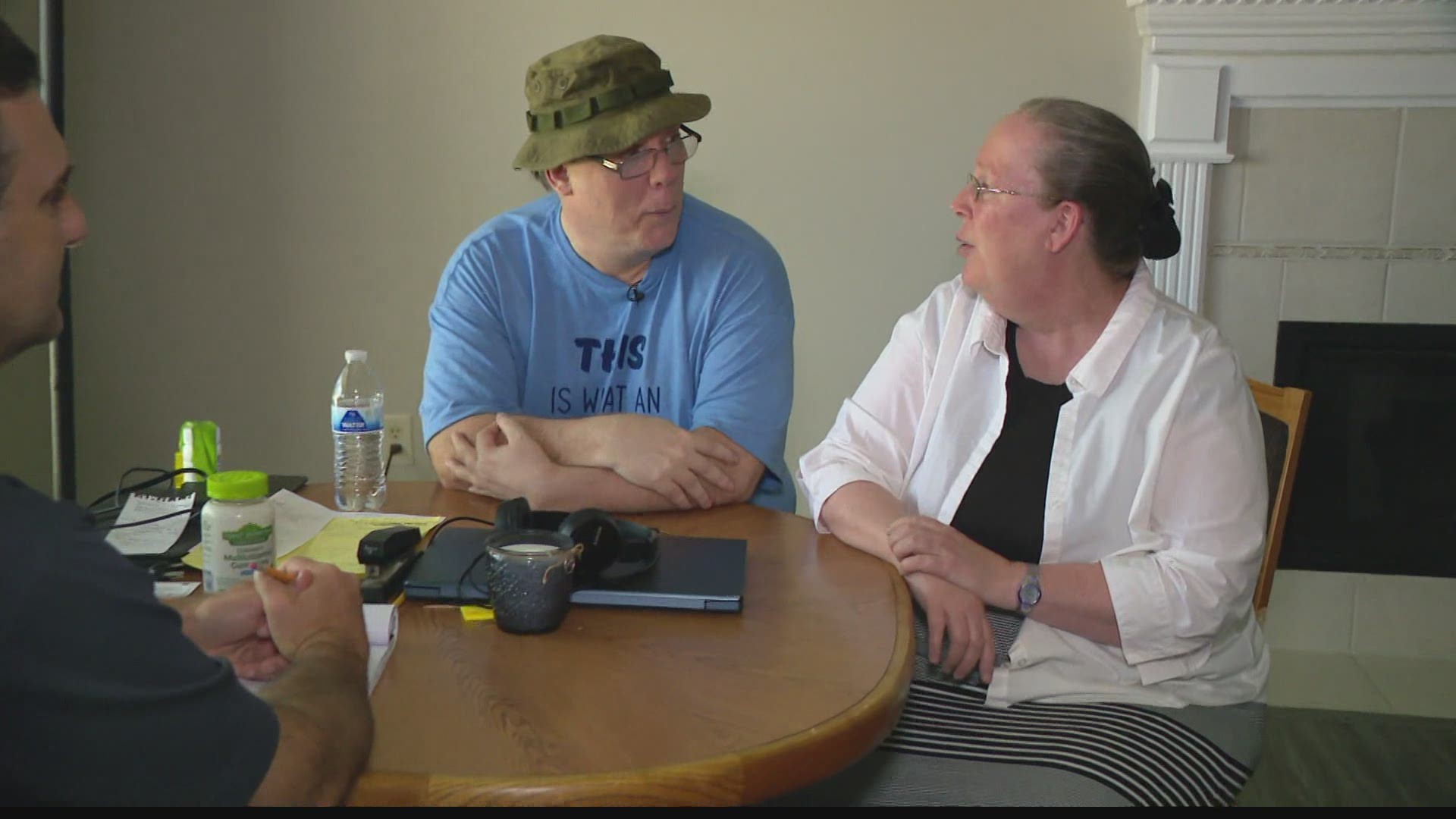 INDIANAPOLIS — Robert Eastman said he does not know of anyone who hasn’t been impacted by COVID-19. But Eastman admits, he has been impacted more than most.

“Losing your mom and then your father three weeks later...that was really rough on me. It’s devastating,” he told 13News.

Over the past six months, Eastman’s parents both died after getting sick with coronavirus.

The Eastmans are among thousands of grieving families who have applied for COVID-19 funeral assistance through the Federal Emergency Management Agency. As of this week, FEMA says the program has paid out $364 million to about 54,000 families.

“It’s a program that’s really great for anyone who may need it. [COVID-19] can wipe you out financially,” Eastman said.

“We applied the first day it was available,” said Eastman's wife, Heather. “The lines were jammed, so it took us hours to get through, but late that night we were able to talk to someone.”

Heather said the process was relatively simple. She and her husband spoke to a FEMA representative – the agency says it has 2,500 trained agents working with the funeral assistance program – then sent in required documentation. They received reimbursement for two funerals within six weeks.

“It was direct deposited. It was so smooth,” she said. But many families are still looking for their reimbursement.

A FEMA spokesman told 13 Investigates he does not know why Indiana applications are being paid at a slower rate than other states. But the agency did tell 13News:

“Current data indicates it takes less than 30 days to process a claim, once all of the required documents are received…the eligibility/review process can only begin after an applicant submits all required paperwork.”

The federal agency said the most common mistakes that delay the approval of claims are sending incomplete or illegible documents and sending large batches of documents that are not organized or identified.

Heather Eastman said her family’s reimbursement was delayed several weeks because the agency claimed it did not have some of the documentation it requires. But the problem was quickly resolved once she requested a status update.

“Make sure you submit everything they require and follow up every week or two to check on the status of your application,” she recommends for other applicants.

RELATED: More than 3,500 Hoosiers have applied for COVID-19 funeral assistance

Local funeral homes have been helping families get copies of the paperwork they need, including death certificates and detailed receipts and contracts from each funeral.

“We can get them what they need pretty quickly,” said Dan Forbes, funeral director at Indiana Memorial Funeral Care in Indianapolis. He has been surprised more families have not followed up with his funeral home to obtain paperwork.

“I thought there would be more,” he told 13News.