Carl Nassib is the first active NFL player to come out. 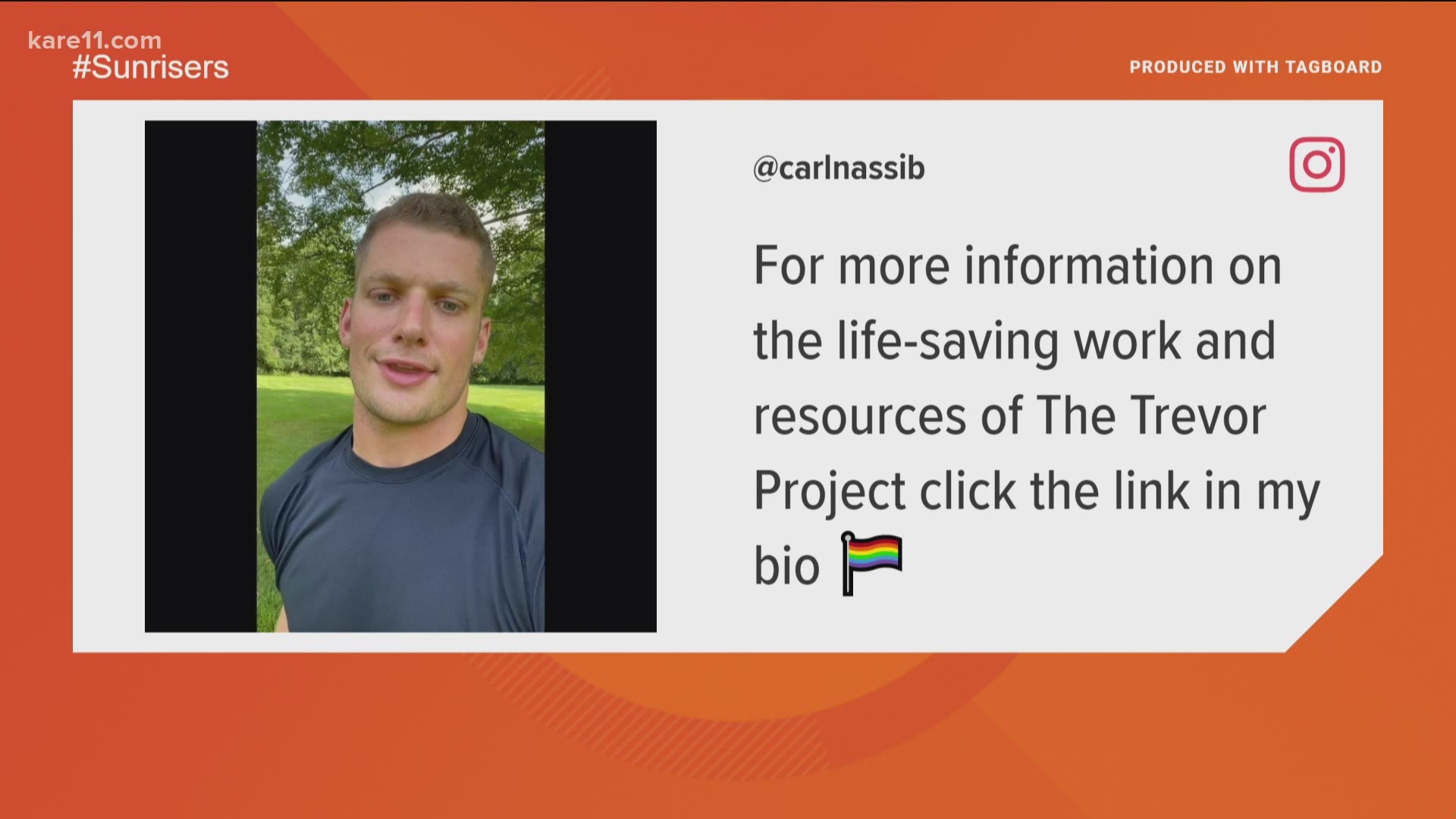 Carl Nassib jerseys are selling out fast one day after the Las Vegas Raiders defensive end became the first active NFL player in history to come out as gay.

ESPN reports that Fanatics, the NFL's e-commerce partner, said Nassib jerseys have been the top seller across its stores Monday and Tuesday.

A check of the Fanatics and NFLShop websites Tuesday night showed that 5XL was the only size available for a "Carl Nassib Las Vegas Raiders Nike Women's Game Jersey – Black." Nassib women's jerseys were available in all sizes.

Nassib, who is entering his sixth NFL season and second with the Raiders, announced the news on Instagram Monday, saying he wasn't doing it for the attention but because he felt representation and visibility were important.

"I just wanted to take a quick moment to say that I’m gay,” Nassib said in his video message from his home in West Chester, Pennsylvania. “I’ve been meaning to do this for a while now, but I finally feel comfortable enough to get it off my chest.

Nassib added in a written message that followed the video that he “agonized over this moment for the last 15 years” and only recently decided to go public with his sexuality after receiving the support of family and friends.

Nassib, whose announcement came during Pride Month, added that he was donating $100,000 to the Trevor Project, a nonprofit that seeks to prevent suicides among LGBTQ youth.

Others quickly voiced their support of Nassib, including the Raiders organization and NFL Commissioner Roger Goodell.

More than a dozen NFL players have come out as gay after their careers were over.

Former University of Missouri defensive star Michael Sam was the first openly gay football player ever selected in the NFL draft, going in the seventh round to the then-St. Louis Rams in 2014. But he never made the final roster and retired in 2015 having never played in an NFL regular-season game.

Nassib is a sixth-year pro who was drafted by the Cleveland Browns in 2016 in the third round (65th overall) out of Penn State. He played two seasons for the Browns and two for Tampa Bay before joining the Raiders in 2020. He has 20 1/2 sacks in 73 career games.