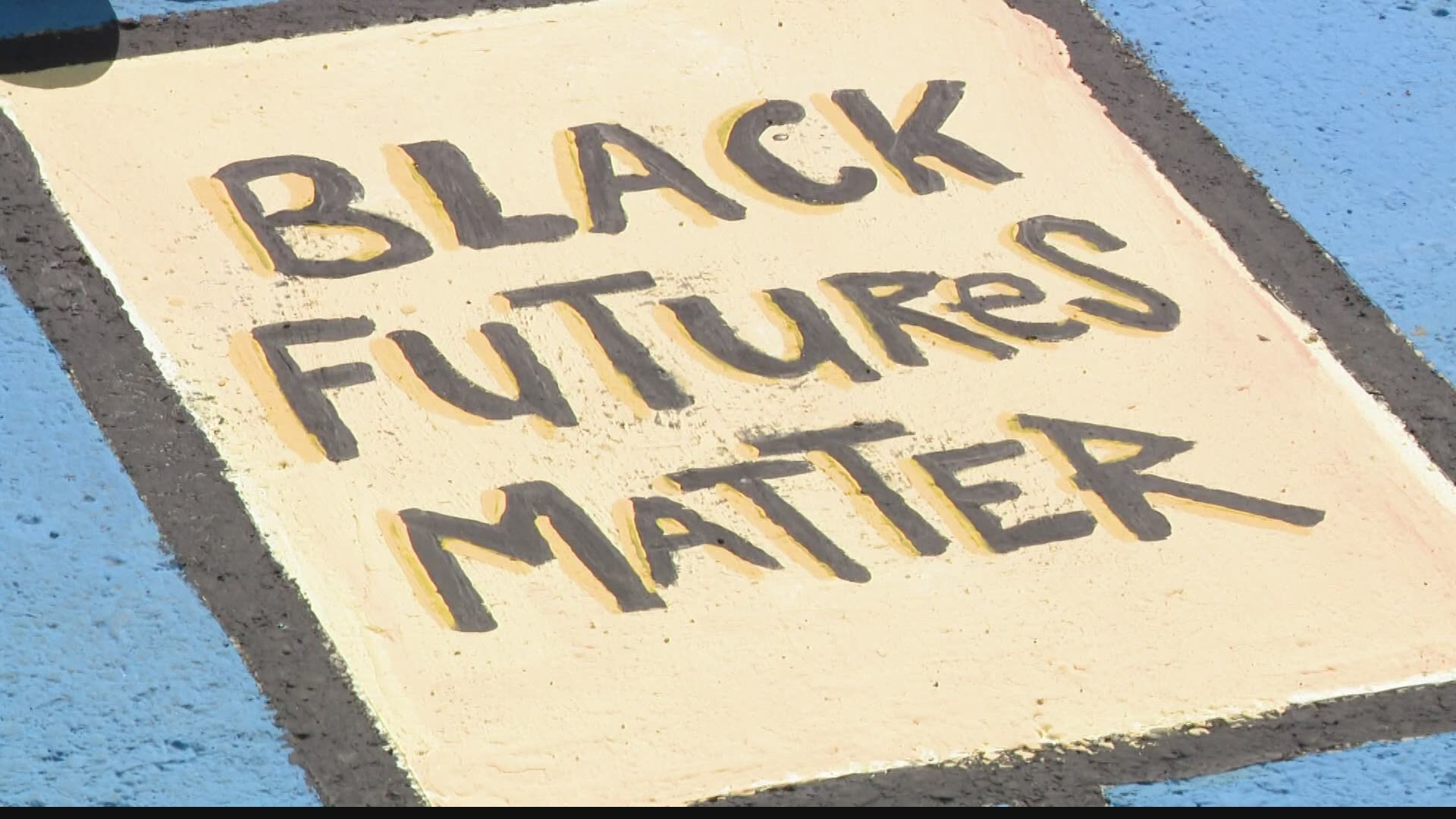 INDIANAPOLIS — A new exhibit at the Indianapolis Art Center showcases the work of the 18 artists who painted the large Black Lives Matter mural on Indiana Avenue in early August.

Museum director Mark Williams said after he saw the mural and started talking to the artists "about the stories behind the tiles and how rich they are." Williams said they led to the exhibit, which he describes as "their back story, who they are and how they got to the mural and we're working with them going forward to tell their next story."

None of the artists, who have different levels of experience, knew one another until they met doing the mural.

"We've become like family and are helping each other out," said artist Rebecca Robinson.

She said they are thrilled to be reunited through the exhibit.

Credit: WTHR
An aerial look at the "Black Lives Matter" mural on Indiana Avenue in Indianapolis.

One of Robinson's pieces is a tribute to civil rights icon John Lewis, the longtime congressman who died in July.

"He really empowered everything we've done so far as this movement and this mission, so we're on the right path and and the right side of history," Robinson said.

One of Deonna Craig's pieces is called "The Talk." It follows a young Black man pulled over for a routine traffic stop.

"For some people it might be mundane, but for him, he's extremely nervous," Craig said. "He's starting to think about the conversation he had with his mom about what to do (in a situation like this) and how to stay alive."

The exhibit is free and open to the public through January 6.