Rebecca Robinson, one of the artists selected to paint a letter for the mural, shared details in a Facebook Live Sunday morning. 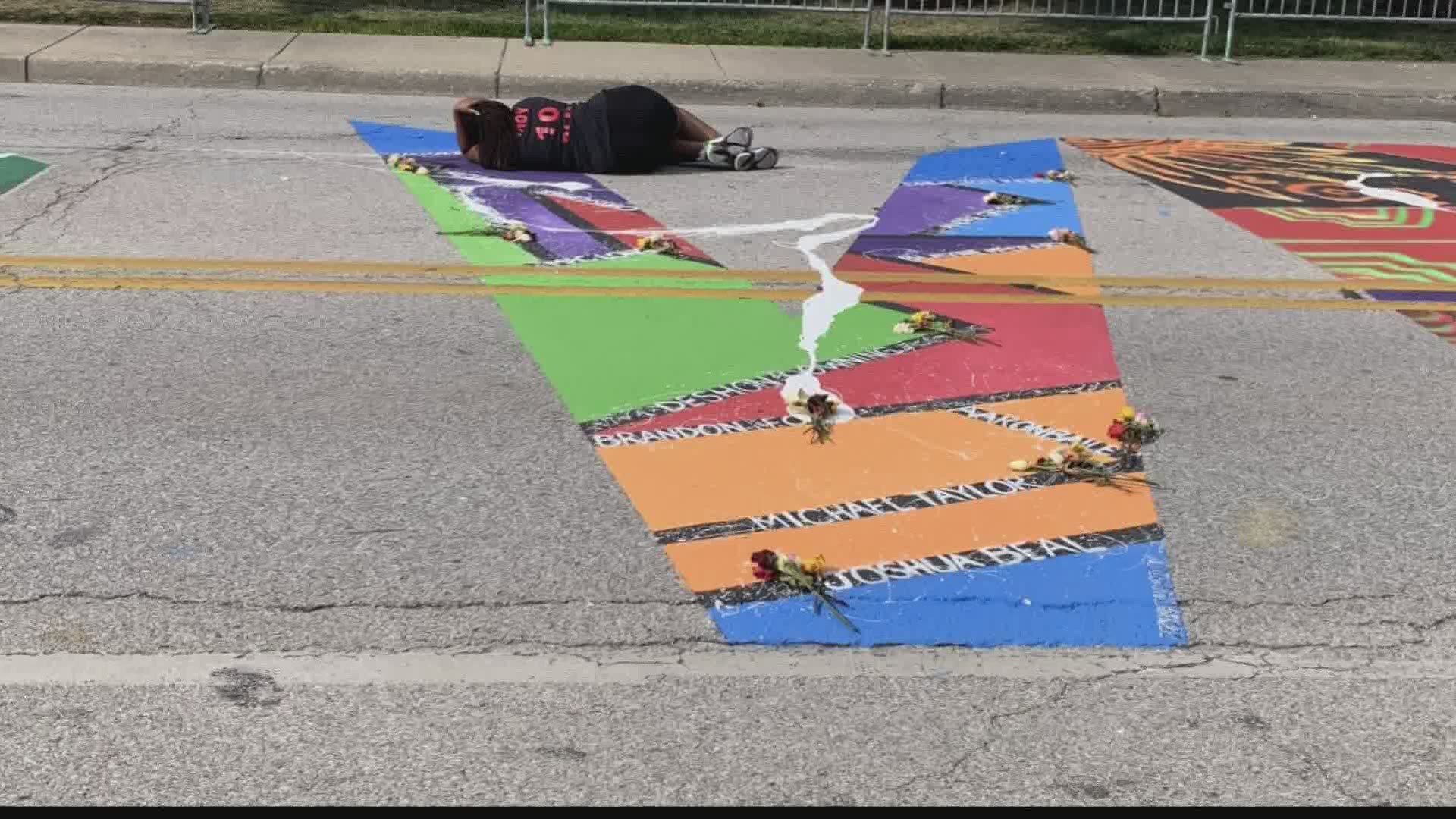 Rebecca Robinson, one of the artists selected to paint a letter for the mural, shared details in a Facebook Live Sunday morning.

Robinson said two buckets of paint were used to deface the mural. The white paint was already dry by the time she arrived, but the gray paint was still wet. Both buckets were left at the mural.

"I'm really proud that, even though that was bound to happen and is going to continue to happen, you have to just, you know, stand your ground," Robinson said. "If it gets defaced, then OK. We'll just paint another one."

It only took a week for the #BlackLivesMatter mural to be tampered with downtown. 😔 pic.twitter.com/nOTYibMutK

The mural has been five or six months in the making and was approved by the City-County Council in July. Supplies were donated by the Indianapolis Urban League, and community leaders selected 18 Black visual artists to complete the street mural.

Credit: WTHR
An aerial look at the "Black Lives Matter" mural on Indiana Avenue in Indianapolis.

RELATED: BLM muralist says if mural is defaced, 'We'll just do another one'