An artist is turning the destruction caused by ISIS into moving pieces of artwork. 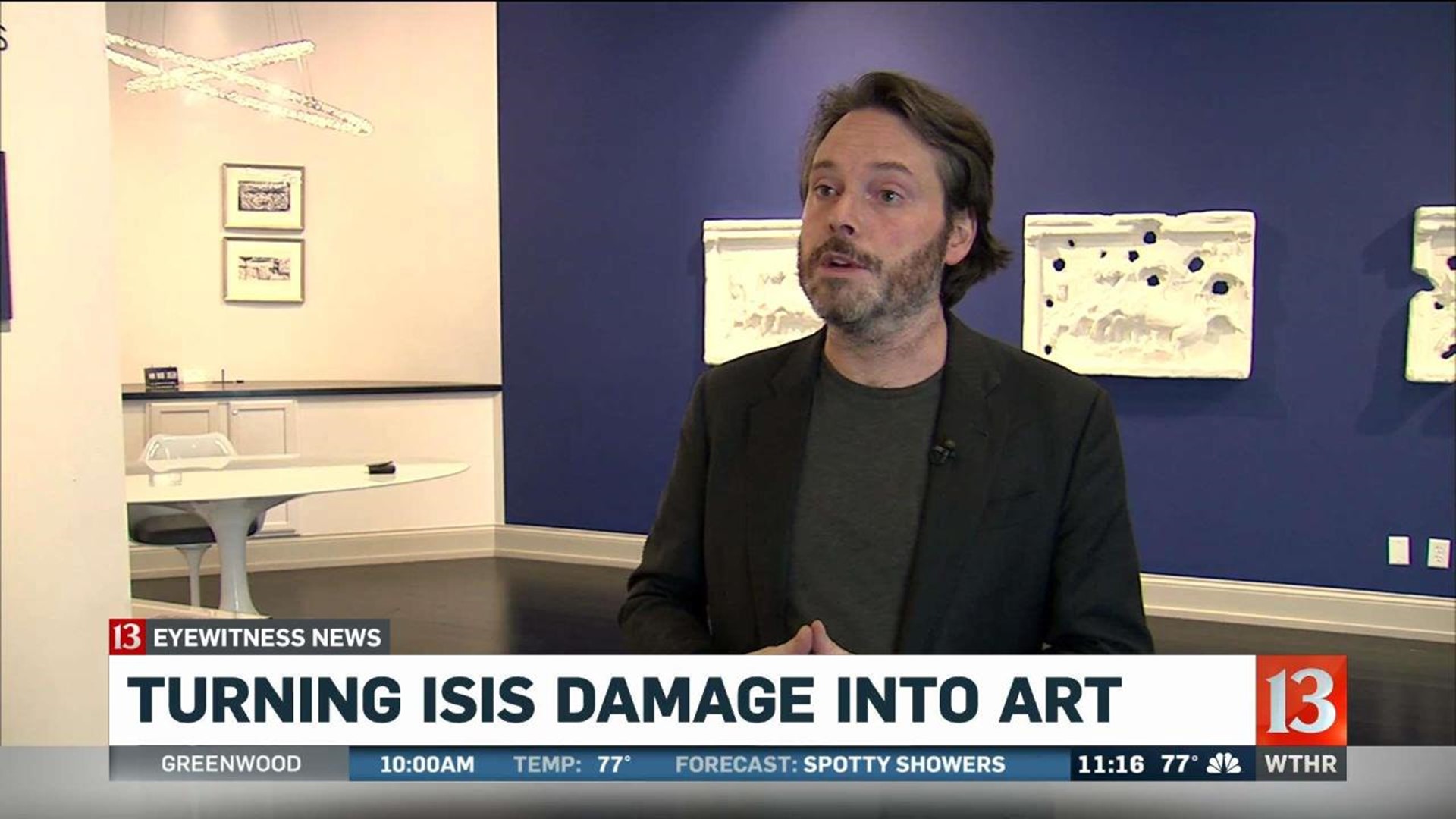 INDIANAPOLIS (WTHR) - An artist is turning the destruction caused by ISIS into moving pieces of artwork.

Artist Piers Secunda said he got the idea because he wanted to give people a firsthand look at the damage that was being caused by the continued violence in Iraq and Kurdistan. He made concrete castings of the damage to show people the bullet holes that are being left behind by ISIS fighters.
He said the art can be shocking and has even moved some people to tears.

"You feel very detached from it when it's on the TV when its happening somewhere else, but when you are looking at it and you can move around it and right up to it and feel the texture of the little pebbles in the concrete mix, it becomes very very real," Secunda said.

You can see the artwork starting this Friday until October 27 at the Long-Sharp Gallery in downtown Indianapolis.