13 Investigates has learned another lab is also facing allegations regarding falsified drug screens for DCS. 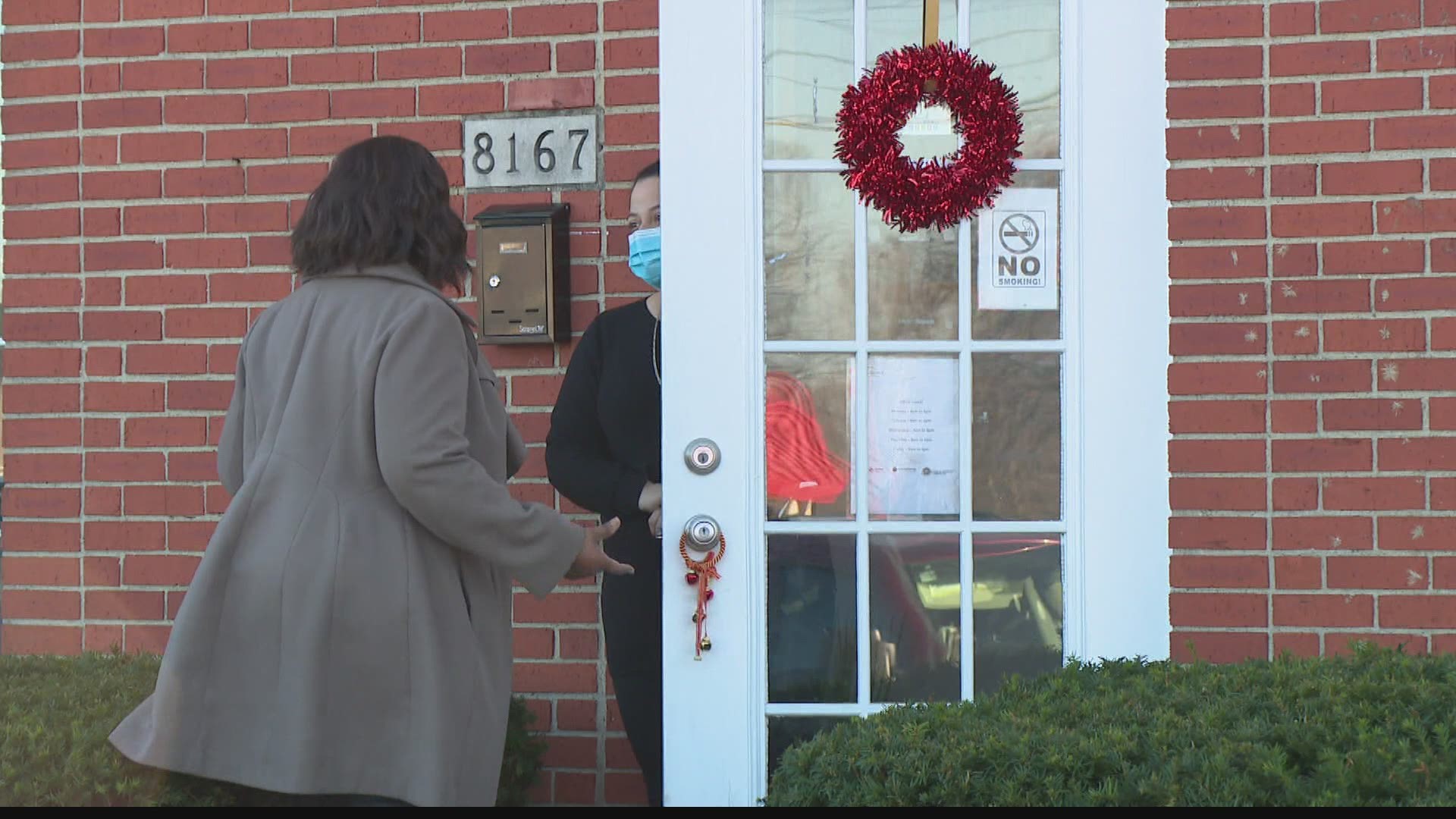 13 Investigates has learned another lab is also facing allegations and it's all coming to light as DCS begins contacting judges across the state about potential fraud from the first lab.

A new sign hangs above the door at the latest Jones Laboratory site in Indianapolis.

The drug testing company used by DCS in Princeton, Indianapolis, and Anderson is often on the move.

At the Indianapolis location, a staff member came to the door and said she had passed along our inquiries and that "there was nothing more she could do."

Management at Jones Labs, like DCS, won't talk to 13 Investigates about claims of falsified drug screens across the state. Jones is a sub-contractor of Redwood Toxicology, the company getting paid more than $12.9 million to handle drug testing for DCS.

Attorneys and parents have both come forward to 13 Investigates after our team broke the story about workers at another Redwood subcontractor, Tomo Drug Testing.

Tomo confirmed two employees marked parents as "no shows" for screenings when the employees themselves failed to make the proper notifications or failed to show up to collect samples.

"It's very sad that an organization would stoop to a level like this when parents are trying to do what's right to get their kids back," Charlie Solhan said.

Solhan is trying to regain custody of his children from DCS. He said he started coming directly to the Jones site on East 21st Street after his own concerns.

"Enough is enough and light needs to be brought upon everything that is going on here," Solhan said.

Another parent, who's identity is being withheld for privacy reasons, told 13 Investigates:

"I have proof that the situation isn't just isolated to Redwood/Tomo, it is widespread as the same false reporting is occurring in my CHINS/IA case via Redwood/Jones Laboratory…Redwood has documented it as well. Luckily, my kid hasn't been taken away from me."

Back in October, DCS told court officials in Delaware County that as many as 100 cases could be impacted by the fraud.

But 13 Investigates obtained a letter sent last year to DCS by an official at the Lawrence County Juvenile Court that raised suspicions about canceled and missed tests there involving a subcontractor of Redwood Toxicology.

In a statement DCS said:

The Indiana Department of Child Services is in the process of reviewing the audit received by Redwood Toxicology Laboratory of its subcontractor, Tomo Drug Testing, to determine the best course of action. The review is ongoing," said Noelle Russell, DCS Spokeswoman.

Fallout over the fraud has prompted the agency to also take additional steps in court.

"DCS' top priority is to provide information to the court and interested parties so that any questions of impact can be properly addressed. While the review is ongoing, DCS is notifying the presiding judge in every instance of the potential for an inappropriately voided test," Russell explained.

While a voided drug screen is not used as the sole justification to remove a child from their caregiver, DCS said all referrals to Tomo have ceased.

"We will continue to work with Redwood to ensure best practices for operations going forward," the statement concluded.

At least one parent who claimed to have false screens at the Jones Lab said those results have since been tossed out.

"Thank you because of your story, I looked into what was being reported to DCS and 14/24 of my total screens were false reported screens. Everything I was saying for months went unanswered, but after your story everything changed," the parent told 13 Investigates.