According to Tomo, the fraud happened between March and August of 2020 and was isolated to just two employees who have been fired. 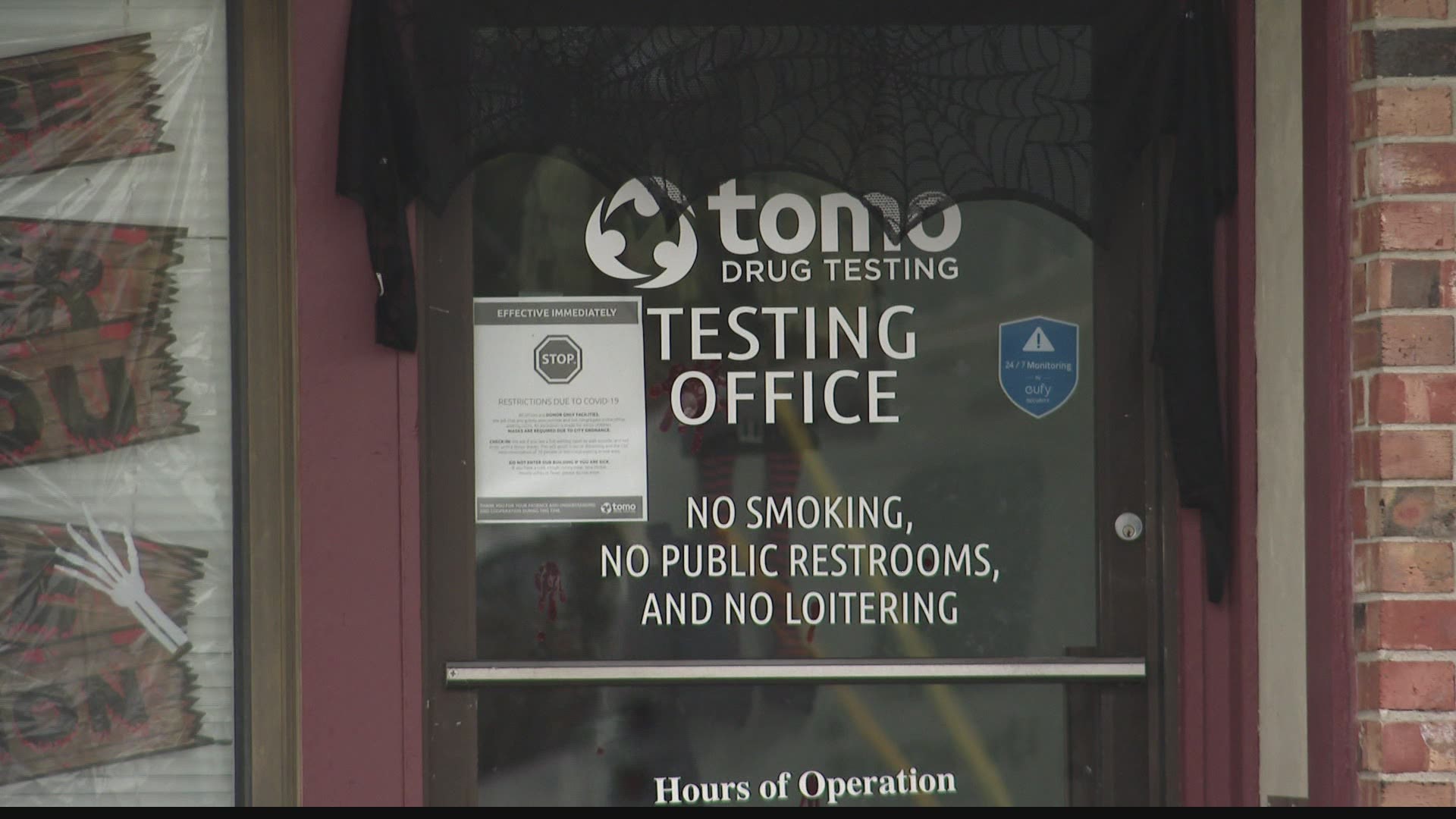 DELAWARE COUNTY, Ind. — A former drug screen technician is speaking out about the company at the center of the DCS Investigation into falsified records. 13 Investigates Reporter Sandra Chapman broke the story and learned 100 child services cases could be impacted, starting in Delaware County.

Vicki Mills keeps a photo of her Tomo ID. She told 13 Investigates she went to work for the drug testing company last year because of her passion for families. And now more than ever, she believes parents striving to comply with the Department of Child Services need protection too.

Mills told 13 Investigates she worked as a technician for the drug testing company in Indianapolis for eight months but left in February due to the grueling schedule.

"The hours were horrible. Horrible," she said. "Some days you get overwhelmed because you're in the car from 8 o'clock in the morning to 9 o'clock at night driving."

For Mills, it meant driving across six Indiana counties, including Grant, Wells, Adams, Blackford, Delaware, and Jay Counties. She did it to retrieve drug test samples from parents involved in ongoing DCS cases.

Those tests are used in part to remove children from their homes and even terminate parental rights.

Tomo is a subcontractor of Redwood Toxicology, the company DCS hired in 2015 to handle its drug testing.

13 Investigates has learned the DCS has paid Redwood $12.9 million dollars since July of last year for the work.

Part of that money went to Tomo. According to Mills, workers there were paid $11/hour to schedule and collect the specimen. The workers also received a company car and gas for the required travel across the state.

But a week ago, 13 Investigates broke the story of Tomo employees falsifying drug screen reports in nearly 100 DCS cases. The workers claimed parents were "no shows" when in fact the parents were never notified of the dates and times of screenings. In some cases, the employees were the "no shows."

That 13 Investigates report is what prompted Mills to speak out.

When DCS learned about the problem, they stopped using Tomo for testing and contacted the Delaware County Juvenile Court where many of the cases were pending. Judge Kimberly Dowling informed defense attorneys in Delaware County, calling it an "ethical duty to disclose." Delaware County Prosecutor, Eric Hoffman, sent a letter to the Muncie Bar Association. Hoffman stated in that letter, obtained by 13 Investigates, that he had "a duty to disclose" the information as well.

According to Tomo, the fraud happened between March and August of this year and was isolated to just two employees who have been fired.

Mills told 13 Investigates parents contacted her around that same period of time to complain about not getting tested.

Mills said there was little she could do because she left Tomo in February. She said parents who regularly tested with her twice a week were concerned they were no longer getting scheduled.

"How come nobody was testing them? How come nobody has messaged them to test them? And if there was anything I could do. I told them I was no longer with the company," she said.

We asked Tomo about Mills' employment.

Angela Garrison, the company's president, told 13 Investigates Tomo would not comment about Vicki Mills. As for the families that Mills said were impacted, "Two was over here in Marion. One was in Muncie and one was in Decatur. I know that one of them ended up getting their kids adopted out," she told 13 Investigates.

"Hurt my feelings because you know, these families are trying. They're trying to get their kids back and trying to do what they have to do to get them back and then for an employee to say they weren't reachable or they weren't testable, or refused to test, it's sad," she said.

DCS is feeling the fallout as concerned parents across the state now question whether "no shows" were falsely entered in their cases. DCS is asking parents to contact their regional supervisors to help answer those questions.