13 Investigates has learned falsified drug screenings could have been used to remove children from their homes or even to terminate parental rights. 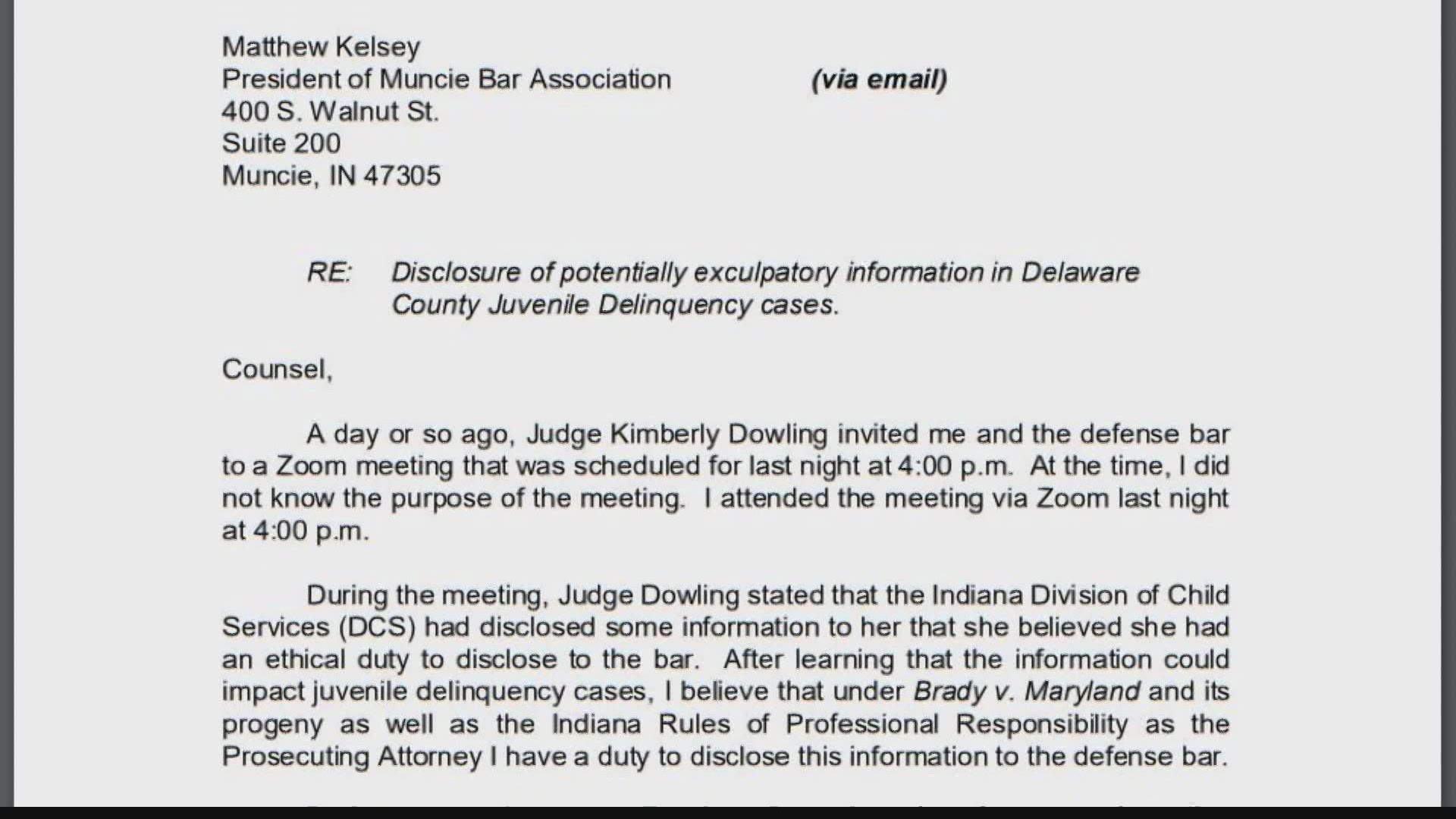 INDIANAPOLIS — Indiana's Department of Child Services is investigating falsified drug records that could have caused children to be taken from their homes.

It's a disturbing development impacting nearly 100 cases across the state and prompted DCS to immediately stop referrals.

13 Investigates details how it potentially happened at a time when the agency was celebrating success.

"Indiana, within the last month, was just recognized as the number one state in America for foster kids getting connected with their permanent homes, that truly is something to celebrate," said Governor Eric Holcomb two days ago.

13 Investigates has learned falsified drug screenings could have been used to remove children from their homes or even to terminate parental rights.

It's all spelled out in a letter sent anonymously to 13 Investigates, alerting the Muncie Bar Association of falsified drug records in approximately 100 DCS CHINS cases.

"CHINS" stands for Child in Need of Services.

Hoffman responded, "It is an authentic copy of a letter that I wrote and sent out to the Muncie Bar Association."

According to the letter, the falsified records date back to March through August of this year and impacted several Indiana counties, including Delaware County.

According to DCS, the problems are linked to Tomo, a drug screen company based in Missouri, with a local office in Indianapolis.

Tomo is a subcontractor of Redwood Toxicology, the company DCS hired to process drug screens from parents, guardians and potentially juveniles. Redwood used Tomo to arrange the drug screens and collect their samples.

The alleged fraud is traced back to what's known as "voided screens."  A voided screen is when the person who's supposed to take the drug test fails to show up. That information goes to the court and can be considered a positive test and used against a parent or guardian.

The first scenario focuses on the actual outreach to ensure the person requiring a screening gets the proper times and dates for the scheduled test.

"Employees falsely 'scheduled' drug screens...however, the employees allegedly did not inform the person to be tested of the (actual) appointment."

Still, "employees would then report the person failed to appear...falsifying records indicating as such."

The second scenario outlined by DCS deals with Tomo's pick-up service, where the employee actually drives to a certain location to take a drug screening. In that instance, "Tomo employees (themselves) failed to appear to take the sample...then allegedly falsified records indicating the person failed to appear."

According to the letter, "DCS, Redwood and Tomo are allegedly conducting internal audits."

13 Investigates reached out to Tomo, DCS and the governor's office.

“DCS discovered that drug-screening records may have been falsified by employees of Tomo Drug Testing, which is a subcontractor of Redwood Toxicology Laboratory. DCS immediately notified Redwood and stopped all referrals. Redwood is conducting a comprehensive audit and internal investigation to determine the impact to individual cases. The audit will be completed by mid-November, and DCS will work with individual courts and other impacted parties as appropriate."