The latest updates on the coronavirus pandemic from Sunday, Feb. 21, 2021 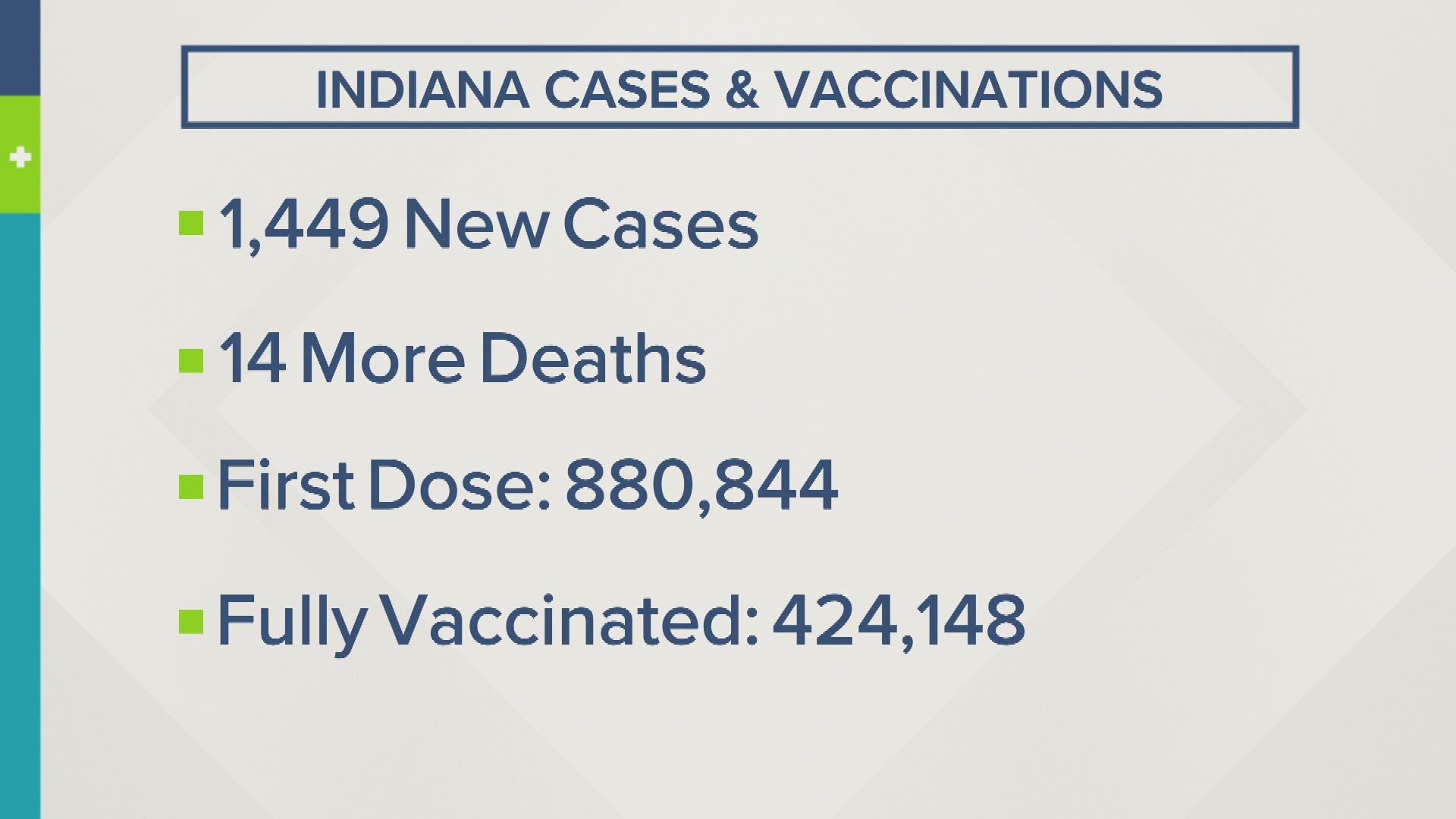 INDIANAPOLIS — Sunday's latest updates on the coronavirus pandemic, including the latest news on COVID-19 vaccinations and testing in Indiana. Registrations for the vaccine are now open for select groups through Indiana State Department of Health. This story will be updated over the course of the day with more news on the COVID-19 pandemic.

Indiana legislators are supporting proposals that would permanently allow members of local government boards to participate virtually in public meetings.

Similar bills approved by the House and Senate would permit boards to adopt policies allowing members to vote virtually as long as they can be seen and heard.

State and local government boards have generally been allowed to hold all-virtual meetings since last spring under COVID-19 public health measures issued by the governor.

The bills in the General Assembly would require at least half of the board members to attend public meetings in person.

Colorado Rockies outfielder Ian Desmond announced he is opting out for a second straight season. Desmond posted on his Instagram account that his desire to be with his family is greater than his desire to go back and play baseball under these circumstances.

He said that, for now, he's going to train and watch how things unfold, leaving the door open for a possible return.

A skateboarding world champion is among five people prosecutors in Southern California have charged with organizing parties that were possible superspreader events amid the COVID-19 pandemic.

The Los Angeles Times reports Nyjah Huston, a four-time world skateboarding champion, and Edward Essa, the owner of a home in the Fairfax District, held a party last month with at least 40 people that was shut down by police after receiving a complaint.

Huston and Essa were both charged with creating a nuisance, a misdemeanor.

There have been nearly 28.01 million confirmed cases of COVID-19 in the United States as of 5:30 a.m. ET Sunday, according to Johns Hopkins University. There have been more than 497,600 deaths in the U.S.

Worldwide, there have been more than 111.11 million confirmed cases with more than 2.46 million deaths and 62.67 million recoveries.

The British government has announced a small step out of lockdown -- allowing nursing home residents to have a single friend or family member visit them indoors.

Residents and their visitors will be able to hold hands, but not hug. The change takes effect March 8. For months, nursing home residents have only been able to see loved ones outdoors or through screens.

Scottish nursing home residents will be able to have two visitors starting on the same date.

Prime Minister Boris Johnson says he will announce a “road map” out of lockdown on Monday. The government has stressed that reopening will be slow and cautious, with store reopenings or outdoor socializing unlikely before April, though children will go back to school, also on March 8.

Britain has had about 120,000 coronavirus deaths, the highest toll in Europe.