Man gets back unique bike 5 years after it was stolen 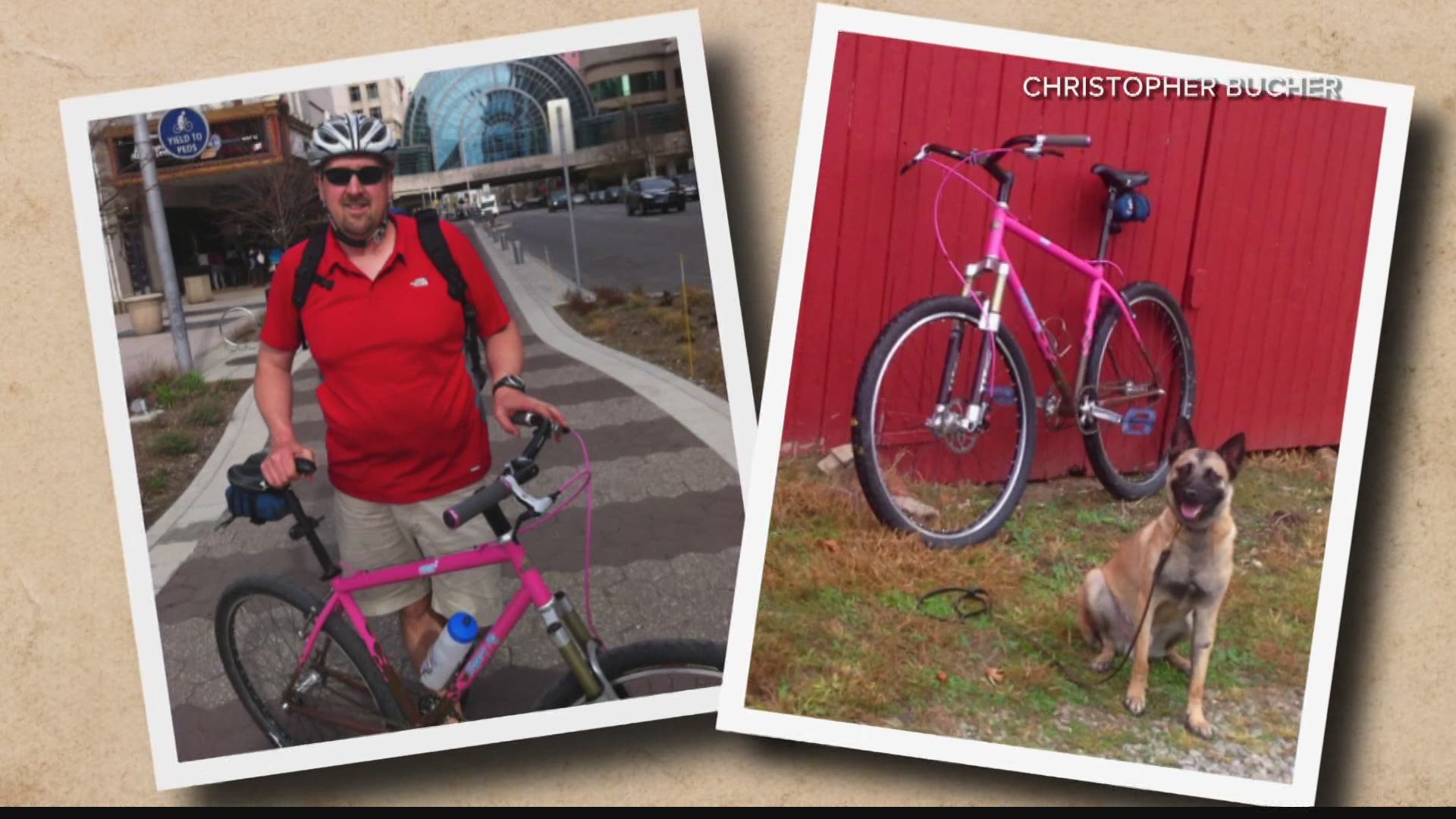 INDIANAPOLIS — A local man is restoring his custom-made bike stolen five years ago from a bike rack downtown, thanks to an alert store owner.

Chris Bucher's bike was a custom job worth thousands of dollars. In short, his bike stood out.

"One of the things people think is cool is it has a dual chain drive," Bucher said.

But in 2015, when Bucher  went to ride home after dinner and fun with friends at a popular downtown Indy restaurant, the bike was nowhere to be found near the bike rack.

"I thought I must have had more fun than I thought because the bike was just simply gone," Bucher said.

Bucher reported the bike theft to IMPD. The officer asked about a serial number, but he could only provide the uniqueness. Bucher also made sure other cyclists knew someone stole his bike named "Slippery Pig."

"The bike was a gift," Bucher said. "I really felt this hole in the pit of your stomach feeling."

Bucher, a professional photographer by trade, was gifted the bike from builder Eric Angermeier, who actually designed and built the bike. In exchange, Chris gifted Eric with a 40x40-inch photo of a young boxing student.

Now five years later, Bucher got a phone call that someone dropped off his unique bike at Free Wheelin' Community Bikes on Central Avenue.

"I was shaken. It was really just a surprise," Bucher said.

Bucher continued his cycling, but nothing beats being reunited with his Slippery Pig.

"I can't believe I got it back," Bucher said. "It is really just a shock still."

As Bucher works to get his custom-made bike back up to speed, you can count on seeing him among other cyclists in downtown Indy really soon.