A stolen bike in Marion has found its way back to the owner, thanks to a vigilant friend. 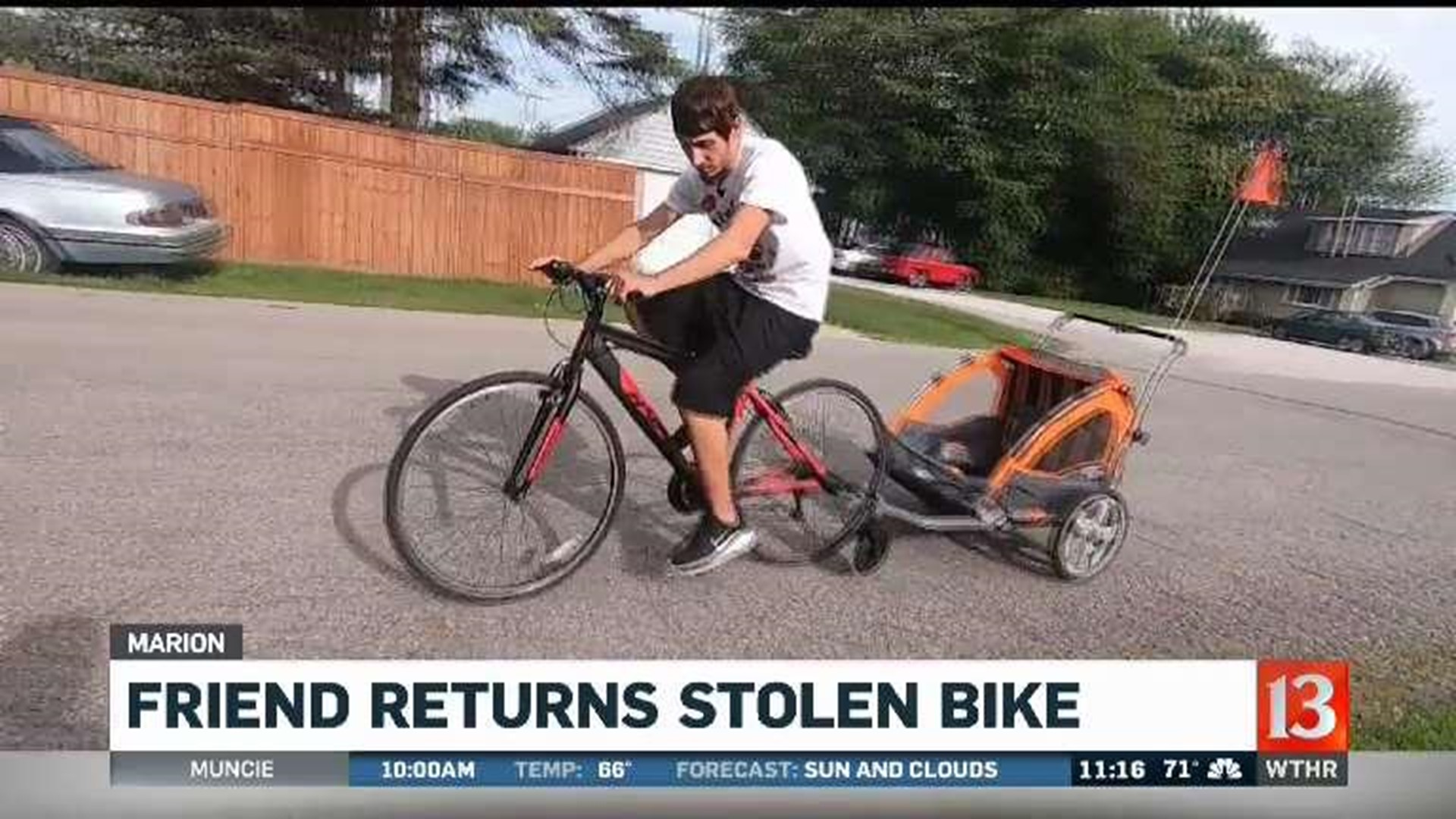 MARION, Ind. (WTHR) - A stolen bike in Marion has found its way back to the owner, thanks to a vigilant friend.

Richard Hubbard depends on his bike to get around. He’s disabled and can’t drive.

“Due to my diabetes, I have to take shots. I go into seizures if my sugar is too low. I am too blind so I can’t get my license,” said Hubbard.

The word “devastated" is an understatement when he came outside Wednesday and saw that his bike was stolen.

“I woke up like 10 looked out the door and realized my bike was gone,” said Hubbard. “For someone to take what I worked hard to get. It really hurt and put me in shock that someone would really do that.”

In the middle of our conversation, there was a knock at Hubbard's door and on the other side was his bike.

A close family friend on the lookout for the bike saw it at someone else’s house and took it back.

“It was there. I instantly got mad. But instead of going out of control and making a scene. I just grabbed the bike put it in the truck and left,” said Tyler Bailey.

Hubbard is certain it is the same bike because of an attachment on the bike he uses to ride with his kids.

Hubbard says he filed a police report and will tell detectives where the bike was found.