The suspect was taken to the hospital in critical condition after the shooting. An officer was also struck by crossfire in the incident. 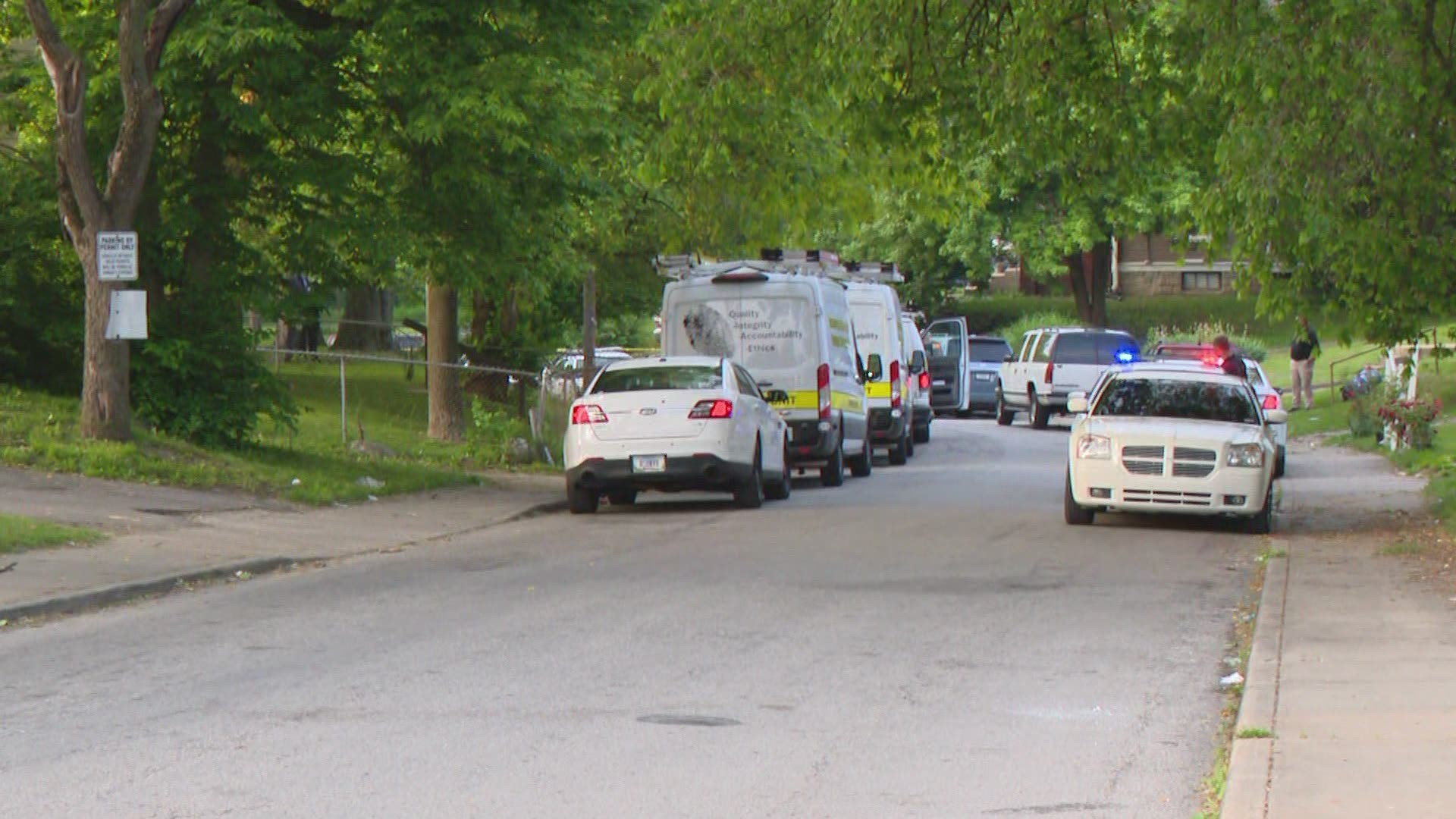 Just after 5 a.m., police responded to a domestic call near Colorado Avenue and Washington Street on the east side. A 911 dispatcher told police they could hear a woman screaming on the line, pleading for a man to stop. Dispatchers also heard a man threaten to kill the woman on the call.

Dispatchers provided that information to the officers who were responding to the scene.

Police said as officers arrived at the house, they could hear a woman screaming inside and ordered everyone in the house outside. They entered the home a short time later, where they encountered a man, later identified as 35-year-old Curtis Walker, who was armed with a knife. Walker came out of a room and charged toward an officer with the knife in his hand.

About four minutes after arriving at the home, officers called over the radio that an officer-involved shooting had taken place.

Walker was shot multiple times and was taken to Eskenazi Hospital by medics who were already on the scene and had provided treatment immediately after the shooting, police said.

Credit: IMPD
Police say 35-year-old Curtis Walker threatened a woman in a home and charged at officers with this knife.

IMPD said preliminary investigation shows two officers fired at Walker. During the shooting, an officer was struck by a bullet in his ballistic vest during what police described as "crossfire from another IMPD officer." The officer was treated and released at the hospital.

There was an officer-involved shooting near E Washington St and Colorado Street. No officers were injured. There will be significant police activity in the area for several hours. Please avoid the area if possible.

Police said the two officers involved in the shooting were placed on administrative leave, which is standard procedure during investigations where officers fire shots.

Credit: WTHR/Steve Jefferson
Police responded to a domestic dispute at this home. There was a man there who had a knife, and police shot him after they say he threatened them.

This particular investigation will include reviewing officer body-worn camera video recorded at the scene during the incident. IMPD Chief Randal Taylor said that the video would be shared publicly at the appropriate time.