The sheriff told 13News the inmates sustained injuries that ranged from broken bones to "soft tissue" injuries from falls and fights that occurred in the dark. 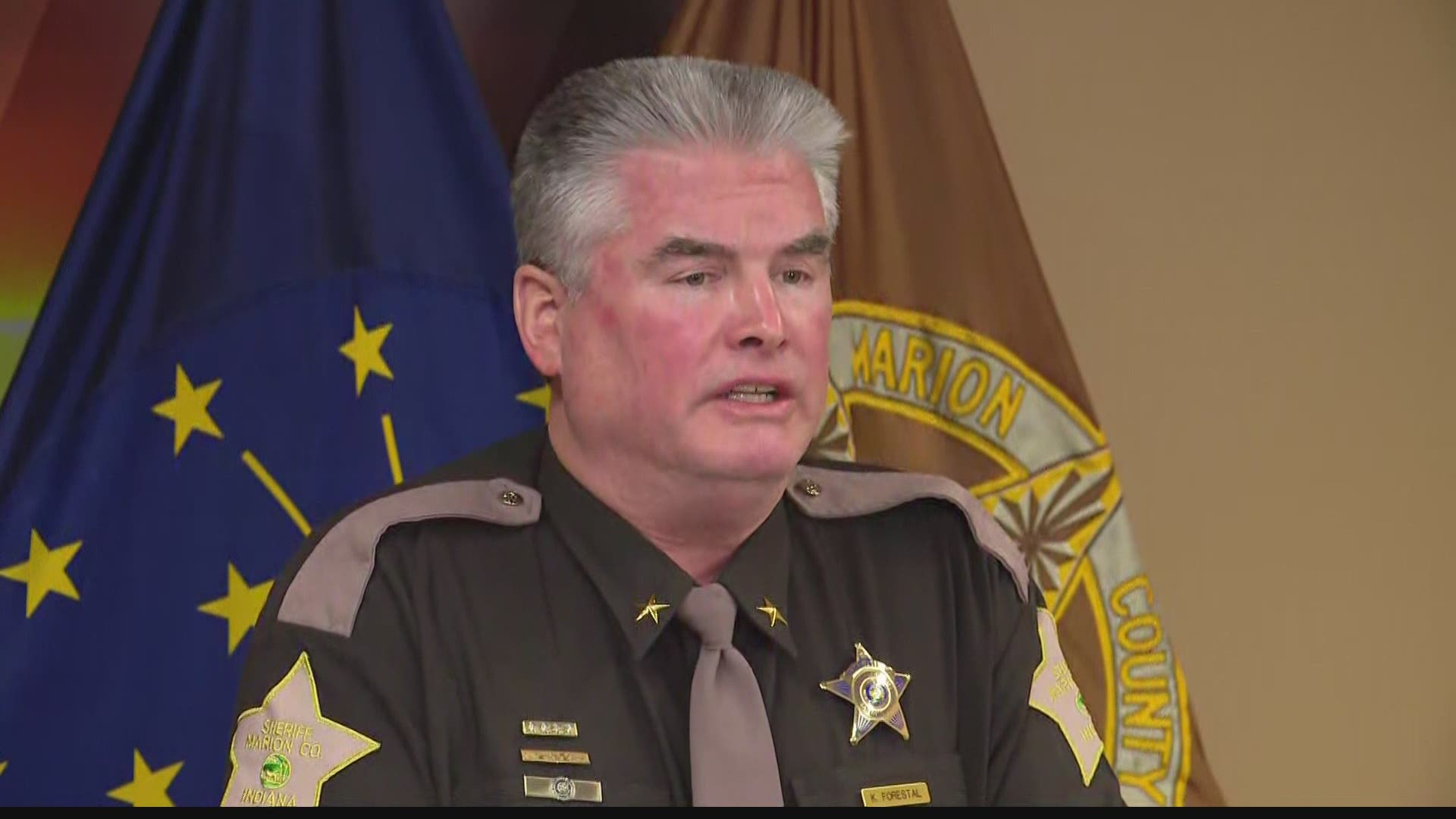 INDIANAPOLIS — Eleven inmates were taken to the hospital after a disturbance during a power outage at Marion County Jail 2 on East Washington Street early Monday morning.

While the power was out, 28 inmates sustained injuries that ranged from broken bones to "soft tissue" injuries from falls and fights that occurred in the dark. Eleven of those inmates had to be taken to Eskenazi Hospital for treatment, while jail medical staff treated the other 17.

Five of the inmates who went to Eskenazi have since returned to the jail, and Forestal said none of the injuries were critical.

Both of the inmates with broken bones claimed they had slipped on water. There were also inmates making fires to use for light during the outage.

"I don't know if there was disorder, but there were incidents of violence," Forestal said.

No jail personnel were injured.

More than 1,100 inmates were housed at Jail 2 at the time, and Forestal said during 13Sunrise that they were doing a "hard count" of inmates.

He said no weapons had been found.

Marion County Jail 2 is operated by contractor CoreCivic. The power outage was complicated by a simultaneous back-up generator failure, according to the sheriff. He said there appeared to be a faulty switch with the generator causing the extended outage. CoreCivic said that the generator is checked weekly and had last been tested on Friday.

According to IPL, frozen water on a conduit pulled wires on an IPL pole caused the outage. As IPL was making repairs, the jail's backup generator failed at first. That caused power at the jail to go on and off several times. IPL restored power by 4:35 a.m.

Washington Street was blocked in both directions just west of the exit from Interstate 65/70 downtown for several hours after the outage and disturbance.

The perimeter of the jail was never breached, and there was never any danger to the public, according to the sheriff.

Forestal's department is investigating the incident.