Police say the car ran into the side of the store, and a suspect stole several weapons. 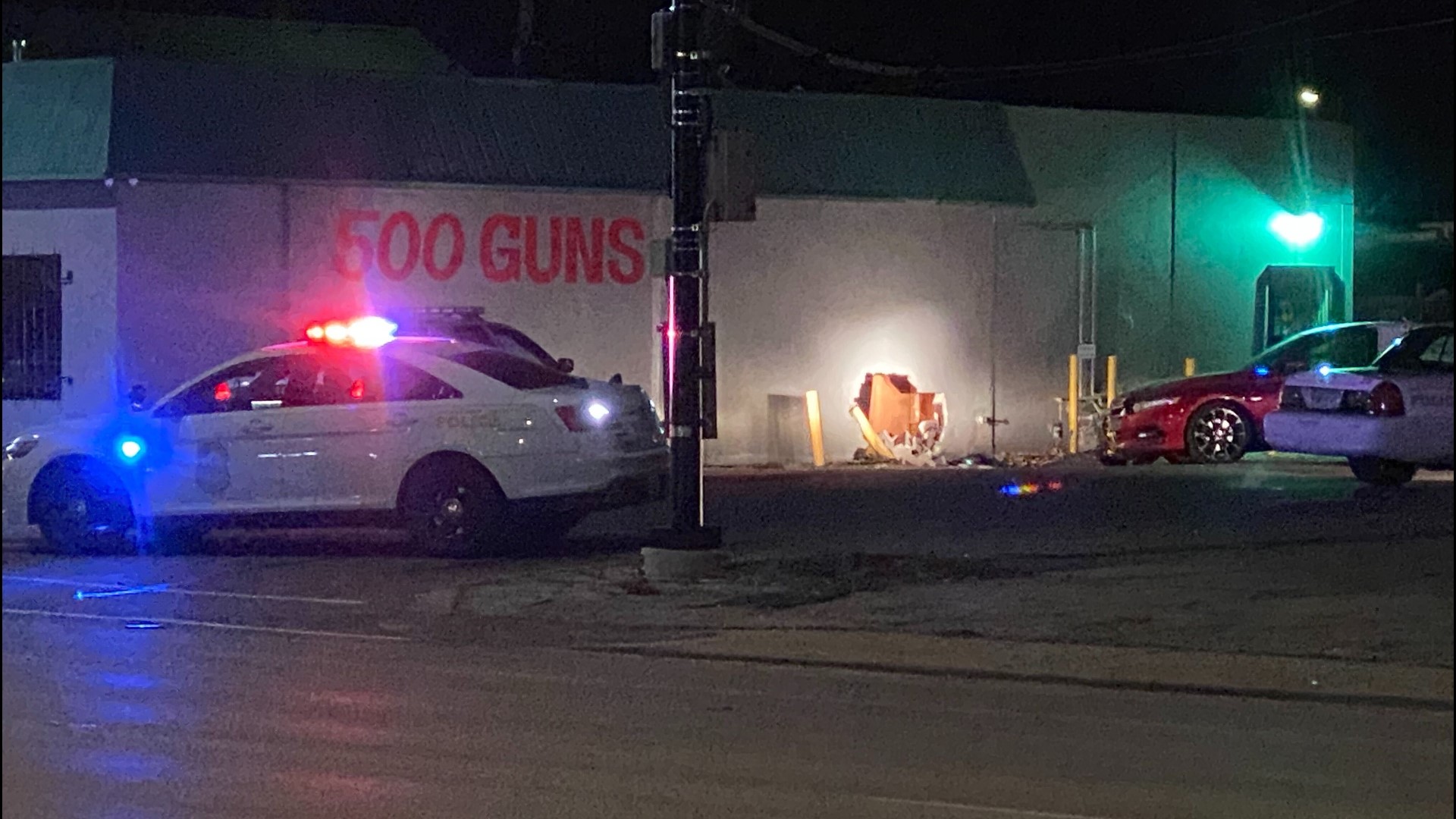 INDIANAPOLIS — IMPD is investigating an overnight crash that left a hole in the side of a west side gun store.

Police told 13News that a suspect drove a car into the side of the 500 Guns store on the corner of 16th Street and Rochester Avenue shortly before 3 a.m. and stole several weapons.

Police did not identify the number or type of weapons stolen.

The car didn’t haven’t any license plates, but the VIN showed the car came from Ohio.

Police said they have surveillance video of the suspect but have not shared that publicly at this point.

A person driving by called police to report the crash.