Arrest made in December shooting on I-465

Isaiah Covington is facing charges of criminal recklessness and possession of a handgun without a permit. 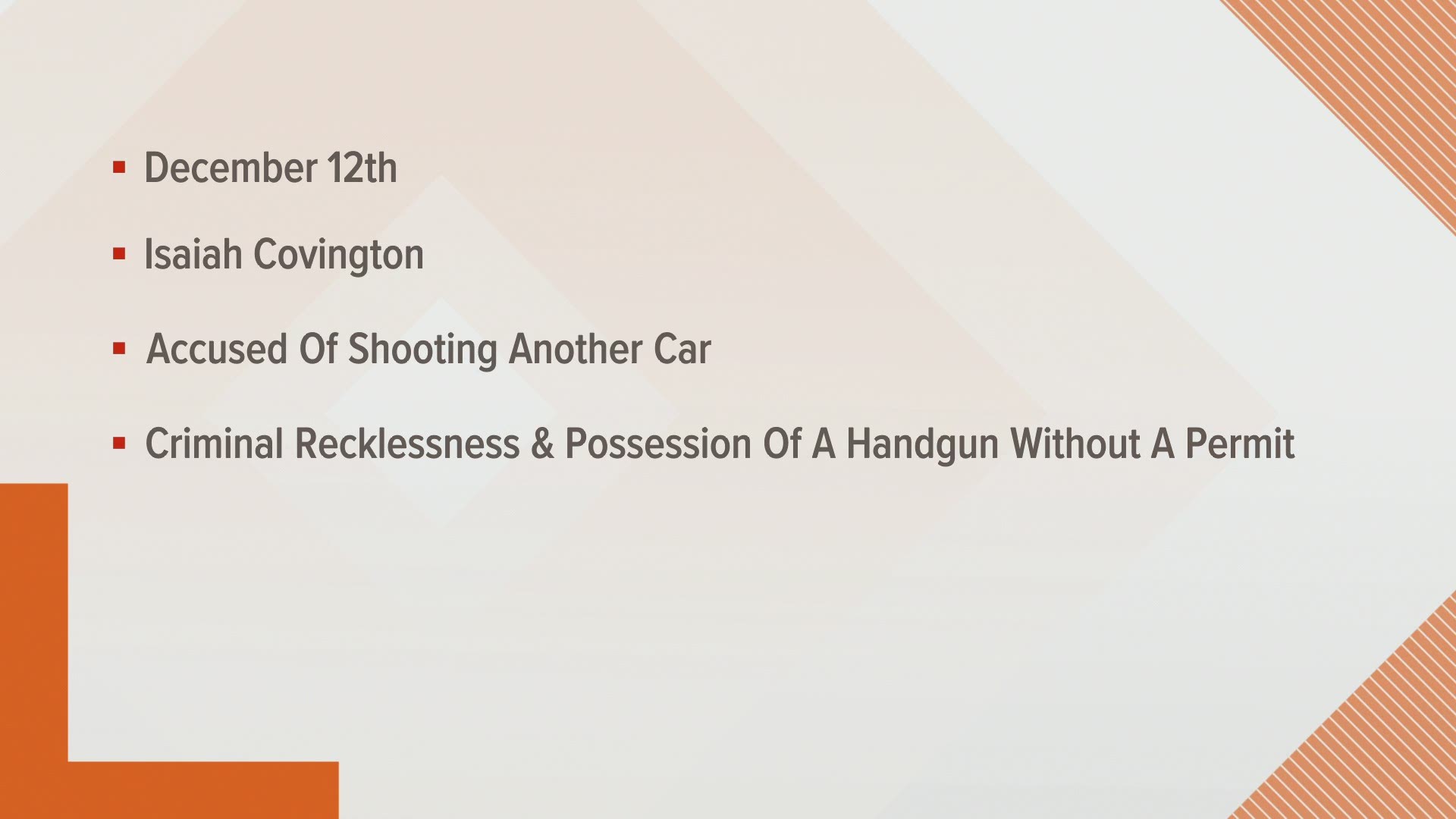 INDIANAPOLIS — Indiana State Police arrested a 20-year-old man for a shooting on Interstate 465 in December. Isaiah Covington is facing charges of criminal recklessness and possession of a handgun without a permit.

RELATED: Arrest made in deadly shooting on I-65 in Indianapolis

Investigators believe Covington fired shots from his car at another car on I-465 the evening of Dec. 12. When troopers arrived, they found a bullet hole in the victim's car. Troopers were then able to recover bullet fragments from inside the car.

ISP identified Covington as a suspect in the shooting, and warrant for his arrest was issued March 30. He was arrested a week later on April 6.

While this is the second recent arrest for a shooting on Indianapolis-area highways, ISP said the shootings are not related.