One lucky kid just won the honor of hitting the switch Friday at the Circle of Lights celebration. 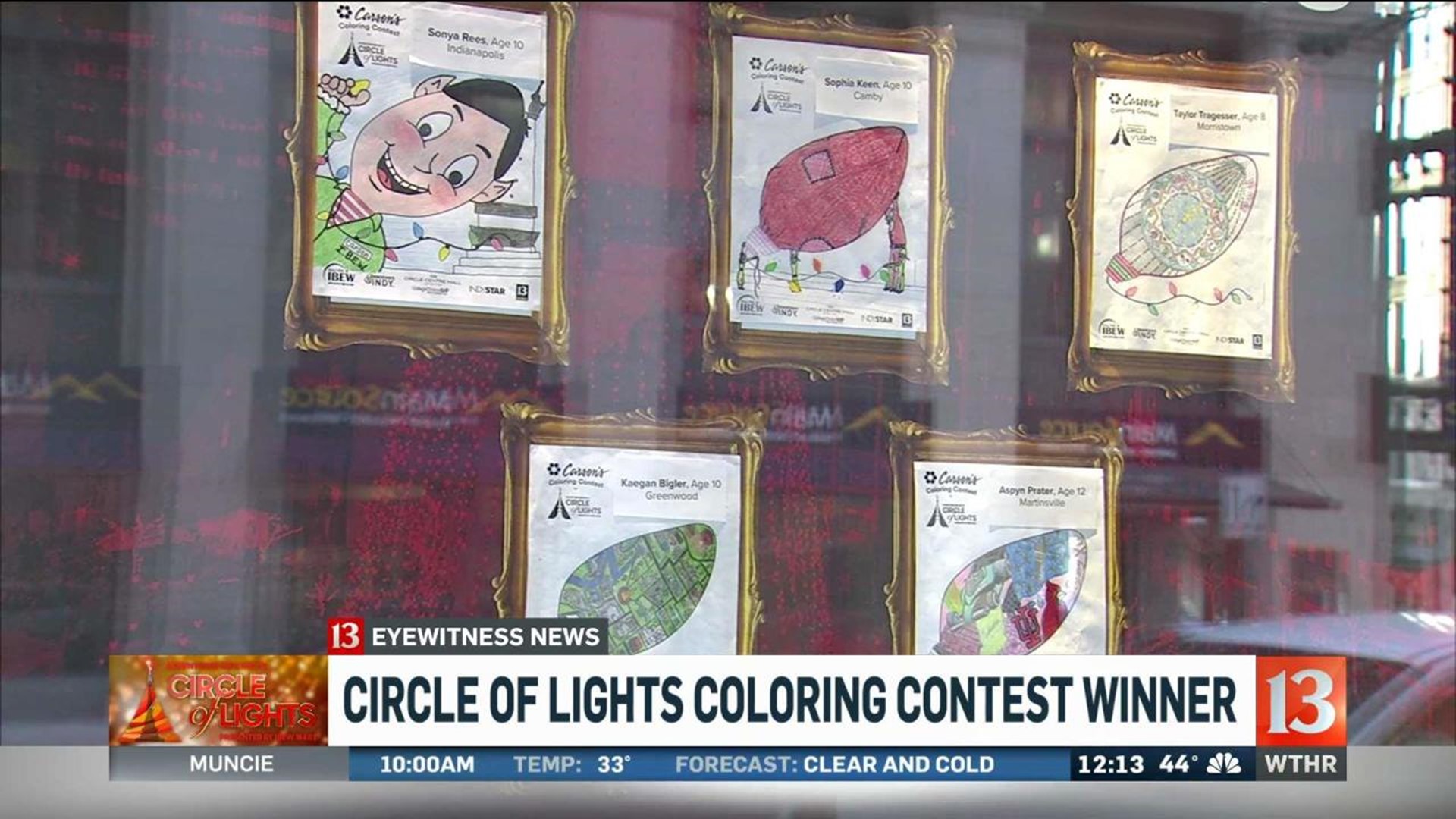 INDIANAPOLIS (WTHR) – 100,000 people are expected downtown on Friday for the Circle of Lights celebration, presented by IBEW 481.

One lucky kid just won the honor of flipping on the lights.

Sonya Rees is 10 years old and a 4th grader at Mary Bryan Elementary in Perry Township.

“Last year I put Santa inside the light bulb, but this year I turned it into an elf, one of the elves that helps Santa and I added the monument in the back,” Sonia said.

“We sketched it out on the iPad first and then drew it on one piece of paper and traced it on the other.”

As for her Friday duties, Sonya admitted to being a little nervous.

“I have a lot of people that know I'm going to be on TV so everybody is going to be watching me, so I'm kind of excited to hear what I looked like when I was up there and I'm excited to turn on the lights at the same time.”

Her picture now hangs inside the window at Carson's, part of their Christmas display that has been months in the making.

“It's great to see toys back in the window with some animation and movement,” said Jacky Howlett, Carson's store manager. “It's making sure we're planning for our windows, making sure that we're doing everything to promote downtown Indy and the Circle of Lights. Again, we're a really proud sponsor.

The following finalists received a CollegeChoice 529 Direct Savings plan valued at $529 and a Carson's gift card: