Brenda Barrett could potentially face thousands of dollars in fines, plus attorney fees. 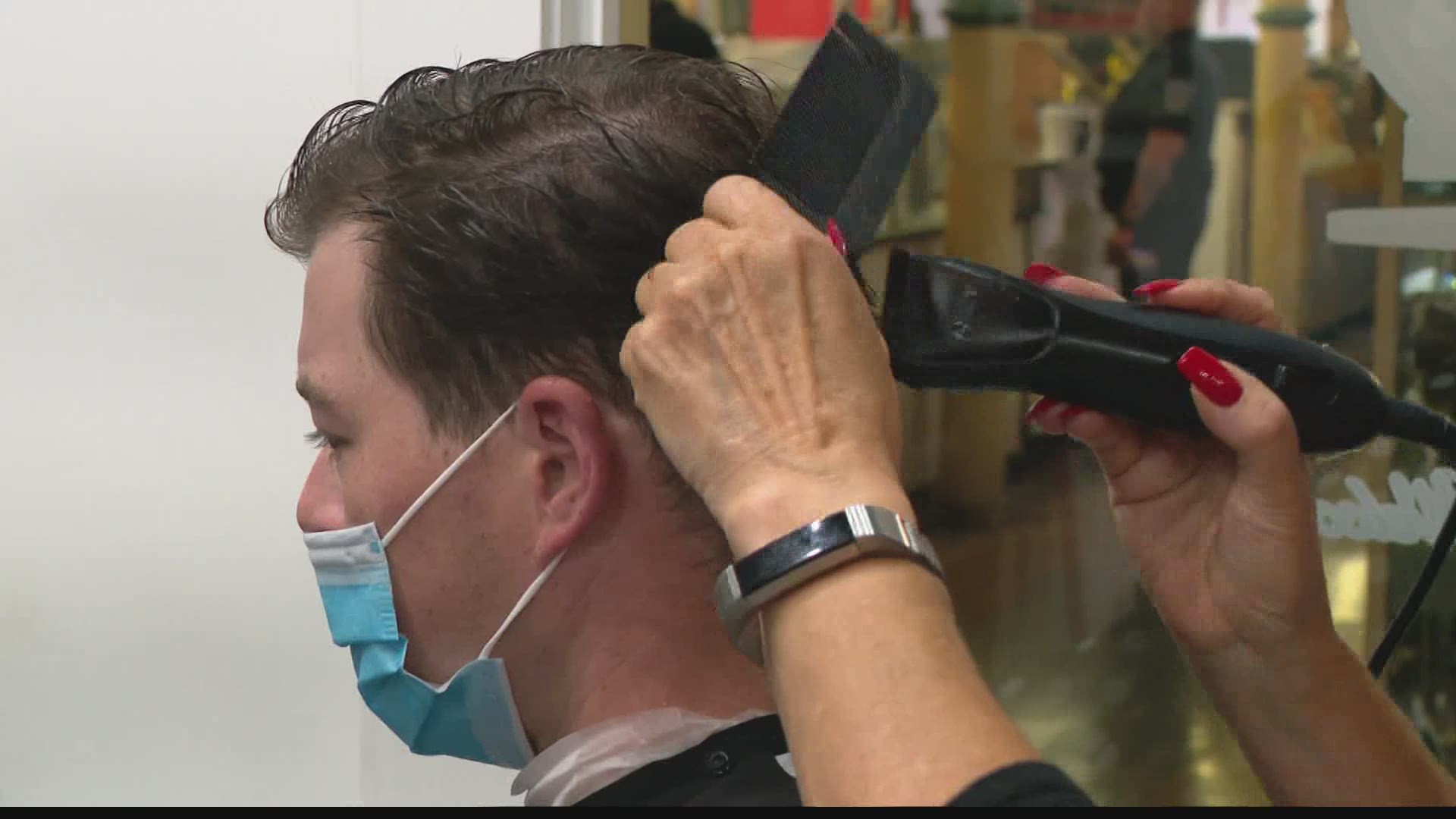 INDIANAPOLIS — An Indianapolis barber is among the first to be summoned to court for violating Marion County's pandemic-related restrictions.

Brenda Barrett, who has owned Jack's Barber Shop at City Market for nearly 15 years, is accused of violating the county's mask mandate three times, specifically, the order that requires barbers, hair stylists and their customers to wear face coverings during service.

"My reaction is, it's BS," she said, "because I'm a hard-working business owner and a woman-owned business and they're just trying to take me down."

"I have no problem wearing a mask," she said. "Just people messing with me when I am compliant."

Barrett said a woman she doesn't know took and shared pictures of her, once while Barrett was alone in the shop, without her mask on waiting for her next customer.

"We don't need to worry about who's sitting in a room by themself," she said. "Do you sit in your house without a mask on? No."

She said the second time, it was the client not wearing a mask because she was trimming his beard.

Barrett said someone from the health department told her, '"you can trim the beard tomorrow, not today.' I said, 'Please send me the guidelines and will comply.'"

She said it's been confusing with the state and county in different stages. In May, she re-opened her shop when Governor Eric Holcomb announced that barbers and stylists were allowed back to work, but before Marion County had, prompting a visit from police.

"I told the deputy chief I'm going to stay open because I learned in kindergarten the governor is above the mayor and it's not martial law," Barrett said.

Barrett said she was warned if she didn't close her shop, she would be evicted, so she closed it.

"I wasn't trying to be defiant," she said. "I was just trying to make a living and not lose anything," she said. "I'm paying all my bills, I'm not doing anything wrong, I'm not breaking the law, so I just don't understand it."

Marion County Health Department Director Dr. Virginia Caine has repeatedly said wearing face masks and social distancing are the best ways to slow the spread of COVID-19. Caine has also said the main goal is to educate business owners on the mandate and encourage them to abide by it before taking punitive measures.

As of July 30, the Marion County Public Health Department has issued more than 300 notices of violations to Marion County businesses. So far, Barrett is the only one headed to court, because of three citations. She faces fines up to $2,500 plus the cost of hiring an attorney to represent her.

"I'm paying all my bills, I'm not doing anything wrong, not breaking the law," Barrett said. "Everything is bleached. It's appointment-only, there's social distancing. I'm doing all I can, but I don't want to end up losing everything I've worked my whole life for."