Many neighborhoods have as many as 75 cats roaming around all day long that are also not spayed or neutered. 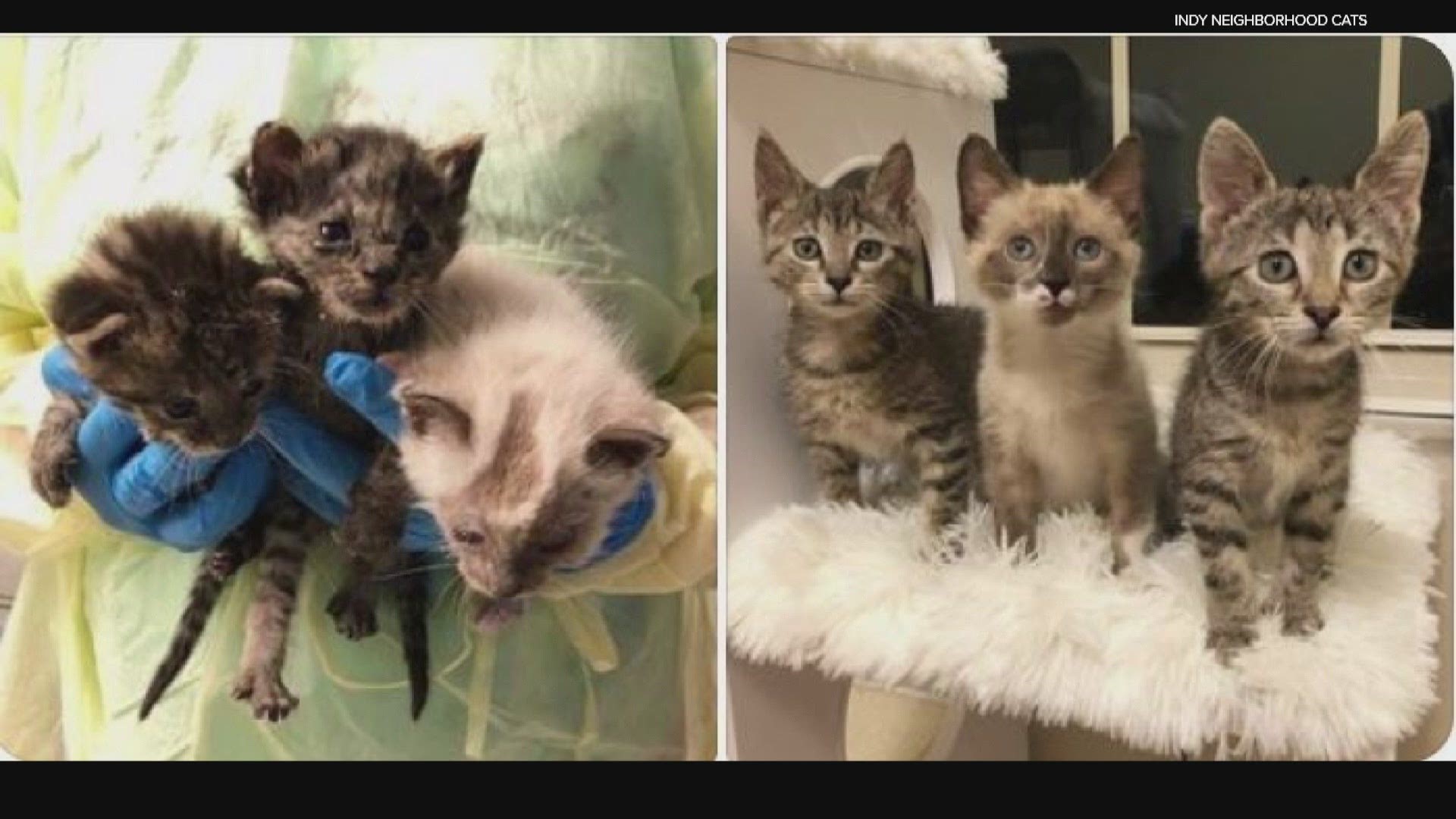 INDIANAPOLIS — Alexander Boeckman has been working for his Eagle Scout badge since he was 5 years old.

For his final service project, he created cat shelters with Indy Neighborhood Cats.

"So Indy Neighborhood Cats, as part of their pilot project, had me build three shelters, three feeders and three watering stations. And the cats can live in these shelters," Boeckman said.

Each box can shelter up to eight cats at one time.

"A lot of these mobile home parks, they have a very large overpopulation of cats, and they need shelters and feeding to take care of these cats, as well as be able to control the cat population more easily," Boeckman said.

13 to the Rescue: IndyHumane cats up for free adoption

1 / 5
IndyHumane
Azure is a 7-year-old female who loves attention. She loves to explore and would fit best in a home without other cats. She is declawed and takes medication for a condition that causes itchy, flaky skin.

Boeckman said many neighborhoods have as many as 75 cats roaming around all day long that are also not spayed or neutered.

To help with that, Indy Neighborhood Cats does catch and release operations around the city.

Spay or neutering the cats before they release them to help with their over-population.

And even if they've been abandoned, they still can have a comfortable life, because of the Boy Scouts work.